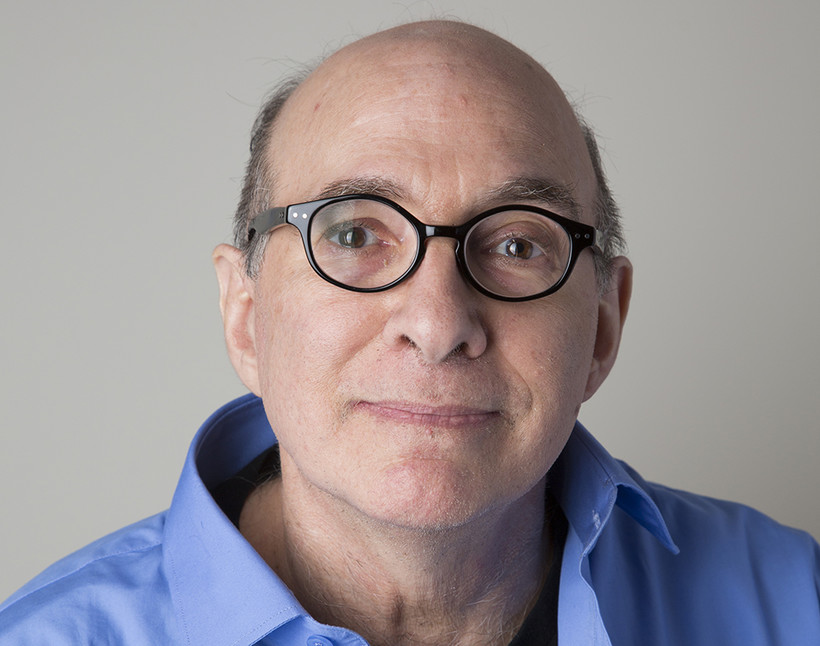 The Many Lives Of Dr. Katz, Professional Therapist

Dr. Katz, Professional Therapist — the character that Jonathan Katz made famous and vice versa — has gone through several permutations over the years.

Co-created with late-night legend and comedy writer, Tom Snyder, Katz’s premise has gone from a standup bit to the hit mid-90s Comedy Central animated TV show to a podcast to a live stage show and has now settled into the medium of audiobooks.

"There has been all kinds of iterations of Dr. Katz," Jonathan Katz tells WPR’s "BETA." "To me, when we did the cartoon it always seemed like this wonderful radio show."

That’s why the leap to audio was such a seamless transition.

"Dr Katz: The Audiobook" carries on with the simple, but brilliant premise of a celebrity therapist, voiced by Katz, with a patient list full of problem-ridden comedians.

"We started with the biography of Mr. Katz, which was also fun, but it's just me doing my act and talking to a biographer voiced by this woman named Julianne Schapiro, who played Julie in the Dr. Katz TV show," Katz said. "That had kind of a limited potential, we realized, and so we settled on the idea of therapy, because you have traffic passing through your office and especially (if) there were comedians, that could be wonderful."

The Comedy Central animated series became a hit for the network. Known for its improvisational tone and trademarked squiggly animation, it featured a Who’s Who of popular comedians and actors of the time including: Ray Romano, Julia Louis-Dreyfus, Dave Attell, Joy Behar, Wendy Liebman, Steven Wright, Jim Gaffigan and Dom Irrera.

There’s something inherently organic about comedians populating a therapist’s office.

"I think that they're very vocal about their unhappiness, often on stage," Katz said.

Essentially the show served as another vehicle to showcase their material, but it was fleshed out by the playful banter between Dr. Katz and his talkative and aimless son, Ben, who was voiced by H. Jon Benjamin.

The role would launch Benjamin’s career as he would go on to take lead voice roles in the animated hits "Archer" and "Bob’s Burgers." Katz insists that Benjamin remains one of the funniest people on the planet.

"He comes at comedy from a totally different angle than me. And nobody can write for Jon Benjamin because he’ll just say something funnier," Katz said. "Any rules you think that exist in improv don't exist for him. We spent so much time just laughing out loud, so hard."

In fact, Benjamin is one of the only people to make Katz faint. Katz said they were in a Japanese restaurant in Los Angeles. Katz was attempting to enjoy a nice bowl of miso soup when Benjamin made him laugh so hard the next thing he remembers is waking up to his worried wife.

"The combination of soup and laughing doesn't work," joked Katz.

The two reconnect for the audiobook, which again features many familiar faces (or voices) and some new "patients" like Jon Hamm, Jen Kirkman and Demetri Martin.

"Boy is (Martin) funny. He’s so wonderful. He says he’s not superstitious, he thinks he has the regular amount of stish," laughed Katz.

While Katz has had no issues procuring comedic patients/guests for the various versions of Dr. Katz, he does still have a wish list.

"I was thinking about Lily Tomlin the other night, that she would be fun to have on the show," he said.

Katz didn’t base his popular character on one specific therapist from his life, but he did invite several real therapists on to the show often as consultants. Additionally, he jokes that his hometown was no stranger to psychiatry.

"I was living in Newton, Massachusetts, which has the highest number of therapists per capita of any city in the country. In fact, in Newton, if you run outside and scream, 'You have issues,' somebody will toss you a bottle of Prozac," he said.

And while Katz didn’t base his character on a real life persona, he did incorporate some of his familial issues into the show and audiobook. Like, how he handled his daughter’s inquiries about being an only child, which he reworks and develops for a bit with his son Ben.

"She was the only child in her class for many years, and she asked me why that was. And I said, 'Look, Julie, you have a sister, but you're always missing her by about five minutes.'"

Spending a bulk of your career playing a fictionalized character who is known mainly for his voice and animated avatar might lead to some identity issues that you couldn’t be blamed for wanting to vent about to someone like, well, Dr. Katz.

"I do have a certain envy of Dr. Katz, even though you could argue that he is me, he's so much better known than I am," Katz said. "I think that's the experience most cartoon characters have, is that nobody recognizes them, but it's painful — the difference between the popularity of Dr. Katz and Jonathan Katz."

Outside of the celebrity arena, it’s a bit of a different story.

"On the other hand, when my grandchildren see me, they are thrilled that it's me and not Dr. Katz," Katz said.

You know what that music means. Our time is up.