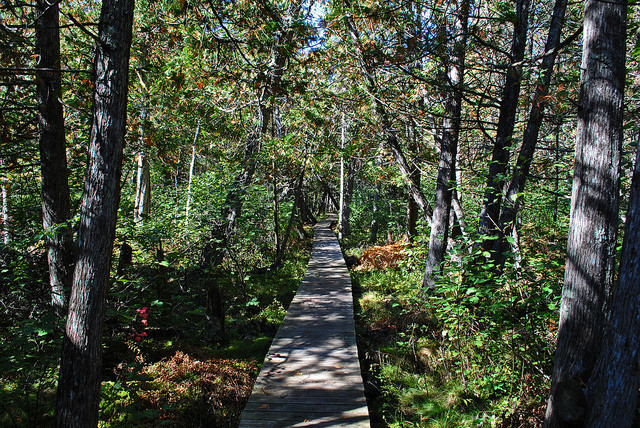 Federal, state and local leaders celebrated the last leg in the largest land conservation effort in Wisconsin’s history at a ceremony Tuesday.

The Brule-St. Croix Legacy Forest has been set aside for sustainable forest management for years to come, thanks to a land purchase made with private, state and federal funding. The effort means that forestland spanning several counties, comprising more than 67,000 acres, and featuring 47 miles of trails and over 80 lakes will be protected from future development.

The Lyme Timber Company, a private organization dedicated to sustainable land management, will be in charge of protecting the forest. The company's Forestry Operations Director Sean Ross said they couldn’t have done it without federal money and state stewardship funds.

"These large blocks of forestland are continuing to be subdivided, and that fragmentation is the single biggest threat to our overall forest ecosystem health and diversity, as well as to the forest products industry," said Ross.

"This is just an amazing exhibition of partnership that we’re able to do when we work together," said Thiede. "That’s what we’re going to look to do with the stewardship program moving forward."

More than $13 million in stewardship funds went toward the land purchase. The Wisconsin DNR and The Conservation Fund completed the second and final phase of the conservation effort by obtaining a conservation easement on more than 21,000 acres owned by Lyme Timber Company.

At the ceremony, U.S. Sen. Tammy Baldwin pointed out that the federal money that helped secure the deal hasn’t been reauthorized by Congress in the next budget. She’s now co-sponsoring a bill to permanently allow money for the Land and Water Conservation Fund.

"It helps make projects like this legacy forest possible," she said.

Butch Blazer, a natural resources official with the U.S. Department of Agriculture,agreed with Baldwin, saying that officials have "got to have those resources to work with" in order to preserve more forests.