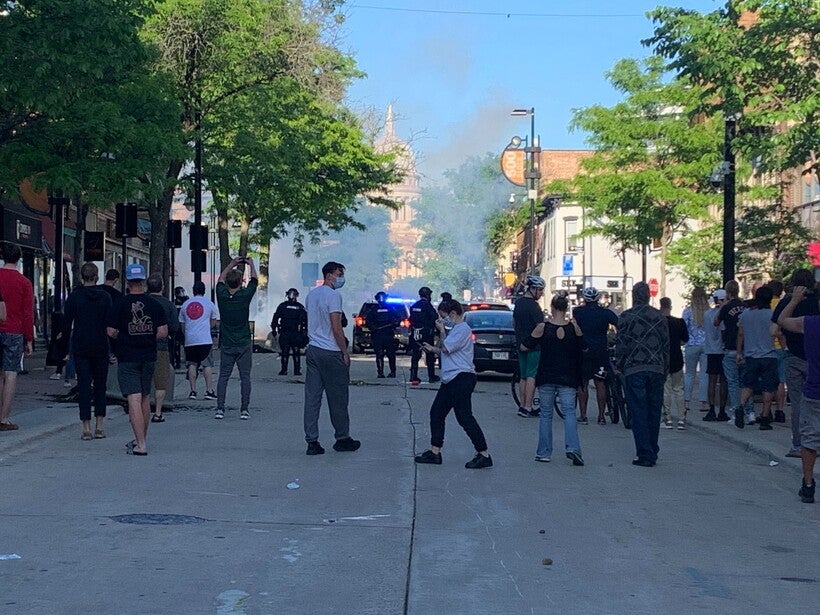 Protesters threw objects and broke store windows, clashing with police in riot gear who fired tear gas and pepper spray on State Street in Madison on Saturday, May 30, 2020. Bridgit Bowden/WPR

An independent investigator will need to produce a report the next time Madison police use tear gas to control crowds.

The ordinance approved by the city's Common Council on a 14-4 vote Tuesday night is a softened version of an outright ban on tear gas, originally proposed by Alder Juliana Bennett.

Bennett's proposal would have prohibited police from using tear gas, pepper spray, mace and projectiles such as foam bullets to subdue crowds. It also would have applied to any police departments assisting the city under mutual aid agreements, drawing widespread criticism from law enforcement leaders.

While the adopted version won't stop police from using tear gas, it will require an independent police monitor to begin a review within 30 days after the gas is used. The Common Council created the police monitor position in 2020 to serve as a check on the police department, although a civilian-led oversight commission has yet to appoint someone to fill the position. 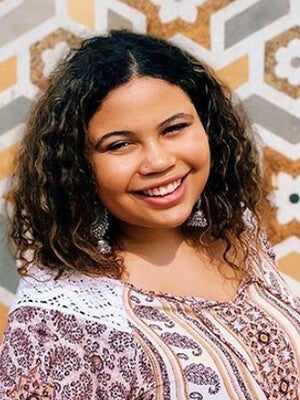 Bennett, a University of Wisconsin-Madison student, told the council Tuesday she vomited after being tear-gassed by police while protesting in Madison during the summer after the murder of George Floyd by a Minneapolis police officer.

"There was a group of a few agitators in the crowd, so the police took that as an opportunity to gas us in en masse," she said. "That's the thing with these weapons, is that they're indiscriminate."

In a blog post earlier this month, Madison's Police Chief Shon Barnes said he was "gravely concerned" about the proposal, arguing Madison police use tactics like tear gas as a "last resort."

"I am hopeful that we will never see the type of violence and destruction displayed during the January 6 insurrection in our City, but I ask that you not limit our use of the most appropriate tools if we do," wrote Barnes, who's been leading the department since February 2021.

"We have law enforcement agencies from across Wisconsin that have said they will not send mutual aid to the city of Madison because of this proposed ordinance that makes people that want to peacefully protest less safe, that makes residents and community members here in Madison less safe," Toney said at a downtown Madison new conference.

A campaign spokesperson for Democratic Attorney General Josh Kaul declined to comment on Madison's proposal ahead of the Common Council's vote.