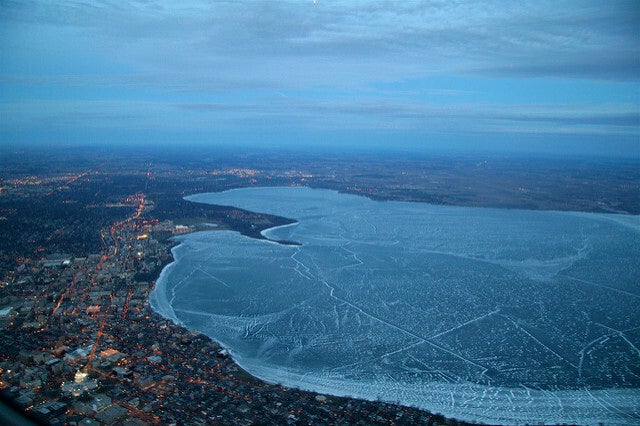 City Will Look At Infrastructure, Operations And How Climate Change Will Affect Them
By Miranda Suarez
Share:

The city of Madison is teaming up with the University of Wisconsin-Madison to identify the problems that come with climate change and ways to adapt to them.

Worsening climate change means the city and its staff will have to adjust to warmer temperatures, stronger storms and increased precipitation, according to a press release about the partnership.

Madison Mayor Satya Rhodes-Conway said the city is already experiencing the effects of climate change in the form of severe flooding. Floods have battered communities across Wisconsin and storm damage cost the state over $233 million last year alone.

"It's important for us to continue to focus both on reducing our emissions, but also on the preparation for the changes that we know are already happening," she said.

For example, the city could change the schedules of streets and parks employees who work outside, Rhodes-Conway said.

"If the days are hotter, that will impact their ability to do that work, potentially their health. So there’s a whole list of things that follows on from that," she said.

The partnership will also look at Madison's infrastructure. A lot of it wasn't built to handle the increased rainfall we see today, said Steve Vavrus, co-director of the Wisconsin Initiative on Climate Change Impacts (WICCI).

WICCI has already worked with Milwaukee and Green Bay to look into each city’s particular vulnerabilities. The group's 2011 report suggests general adaptations, like examining sewer capacity in the event of a flood, increasing green space, and building roads and bridges strong enough to withstand extreme weather.

Adaptation is necessary at the local level because climate change is a much broader global problem, Vavrus said.

"Suppose the city of Madison cut its carbon emissions to zero tomorrow. It would have no impact on climate in the near term," he said. "The reason we focus so much on adaptation within WICCI is that regardless of what the carbon emissions do in the near term, and regardless of what a city does proactively on that, the climate is changing, and it’s gonna continue to change."