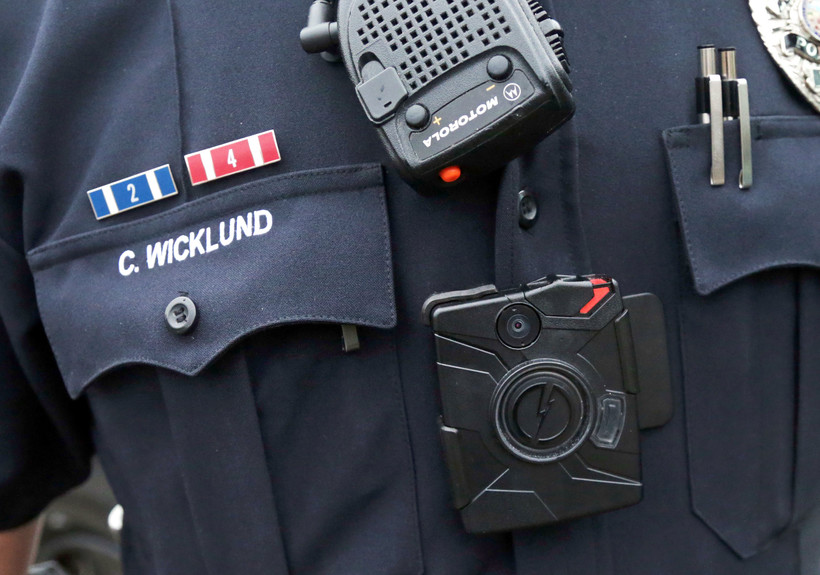 Madison Moves Closer To Having Police With Body Cameras

Madison is one step closer to deploying police officers with body cameras.

The Madison City Council Finance Committee approved an amendment 4-2 on Monday that would place 47 body cameras with police officers in the city’s northern district.

The matter is far from settled, however. The full city council will vote on the budget in early November. Last year, the council removed a similar pilot program proposal from the final budget plan.

Alderwoman Barbara Harrington-McKinney voted in favor of the amendment. During the committee’s discussion, she said the pilot program was simply that and would help answer crucial questions.

"If this works for the city, what is the investment and what is the commitment in order to get to that place?" she said.

The pilot program, which would supply body cameras and related equipment, as well as technical training, adds $104,000 to the budget.

Other opponents, such as Alderwoman Amanda Hall, who is not a voting committee member, voiced concerns at the meeting that body cameras might discourage members of vulnerable communities, such as people living in the country illegally, from seeking police help. Arrests by federal Immigration and Customs Enforcement agents over the weekend loomed in her comments. The agency could subpoena the Madison Police Department for any recordings made from the body cameras.

In an interview, the amendment’s sponsor, Alderman Paul Skidmore, brushed off those concerns as "irrational" and "unfounded."

He stressed that part of the pilot program entails establishing usage protocols for when, where, and how an officer could use the body camera to record. Skidmore said these rules could prevent officers from recording during sensitive cases involving domestic abuse or sexual assault allegations, or in situations involving vulnerable classes, such as residents living in the country illegally.

The remaining votes in favor came from Aldermen Zach Wood and Mike Verveer. Palm and Aldermen Samba Baldeh voted against the amendment.

If the city council ultimately approves the program come November, Madison would become the sixth of Wisconsin’s 10 largest cities to use body cameras on a permanent or pilot basis. Milwaukee and Appleton do use them, while Green Bay and Kenosha do not.