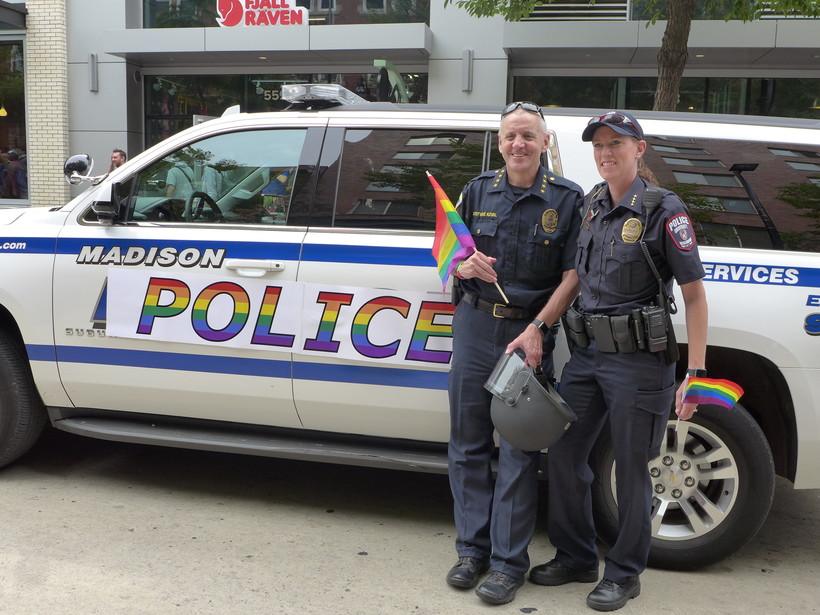 Madison Firefighters Will Not Participate In Sunday's Pride Parade

The Madison Fire Department will not be participating in the city’s Pride Parade on Sunday in a show of solidarity with the Madison Police Department after their invitation was rescinded by the organizers of the parade.

The fire department released a statement Tuesday saying they stand in "full support" of their colleagues at the Madison Police Department and "regretfully decline" to participate in the parade.

Madison Fire Chief Steve Davis said the decision by OutReach to un-invite the Madison Police Department is unfair and spreads division in the community.

"The Madison Fire Department supports all of our community and we really want to be a part of these things," Davis said. "But we also don’t want to be part of dividing the community."

"These contingents will not march in the 2018 OutReach Pride Parade and we will be refunding all monies collected from the contingents," the OutReach statement said.

The fire department has previously participated in the Pride Parade, according to their statement.

Davis said he thinks a good dialogue has been opened and he hopes the department can participate in the parade in the future.

The permit through the city of Madison requires MPD officers work security at the parade. OutReach invited off-duty, unarmed officers to participate in the parade.