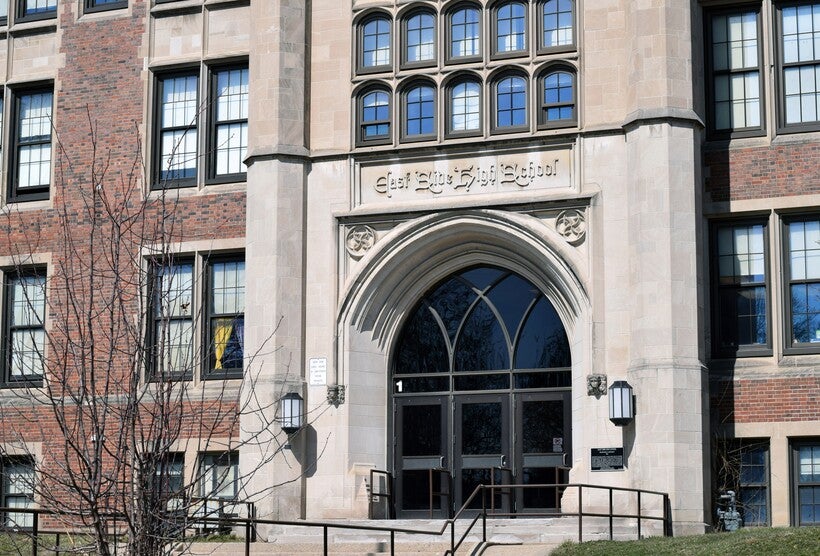 Students at Madison's East High School are reacting to an alleged sexual assault of a female student in a campus bathroom last week, as well as to the Madison Metropolitan School District's response.

Anne Motoviloff and Ariel Haber-Fawcett, both seniors and members of the school's Gender Equity Club, said they’re angry about the incident and comments made by the district’s safety and security coordinator, Joe Balles. They said the recent events should prompt systemic and cultural change, and the club is circulating a petition calling on the district "to hold Mr. Balles accountable, implement consent-based education for students and staff and mandate trauma-informed education for staff, specifically security."

After the incident, Balles told WISC-TV: "Our buildings are full of kids and kids will be kids. As terrible and tragic as that incident sounds, I would just ask that people just be patient. Our schools are very safe, but there are incidents that are going to happen from time to time."

"It is kind of an acceptance of sexual assault as something that's inevitable in our society," said Motoviloff. "That’s not something you can accept as head of security and expect students to feel like their safety is being valued at all."

East High School principal Mike Hernandez apologized for Balles' initial remark, and Balles himself later apologized for his "extremely poor word choice." In a statement, the Madison school district said, "There is no place in our schools for sexual violence or comments that minimize sexual assault."

Motoviloff and Haber-Fawcett said Hernandez reached out to the Gender Equity Club following Balles' remarks, and that he asked for their input on how the school should respond to the incidents.

"I think that the experience of high school students is to some extent not always seen as an integral part of a conversation surrounding an event that occurred in high school," said Motoviloff. Haber-Fawcett and Motoviloff said their conversation with Hernandez spurred plans for another round of programming intended to improve campus culture, potentially with extra emphasis on freshmen.

The club has previously helped facilitate school-wide discussions, panels, walk-outs and lessons on topics like consent and rape culture.

In a statement, the district said it is partnering with the Rape Crisis Center to teach students and staff about "rape culture, assault and consent and so that students know where to report incidents if they occur."

But Haber-Fawcett and Motoviloff said they find the district's response insufficient and disappointing.

"We expect a lot more of a response from the district not only verbally but through their actions as well,” said Haber-Fawcett. "They need to take action against in order to prevent this kind of scenario from happening again and of just continuing to ignore it."

The Gender Equity Club's petition calls on the district to hold Balles accountable, create "consent-based education for students and staff," and require training on trauma-informed care for staff.

Haber-Fawcett said some students may also seek to convince the school board to terminate Balles' contract.

The Gender Equity Club’s priority, however, is creating lasting systemic and cultural change.

"If we just fire one person and don't implement any sort of standards for education and we don't realize as a district that we need to change the culture — and not only the people who have responded to the situation — we're just going to have Balles after Balles after Balles," said Motoviloff.