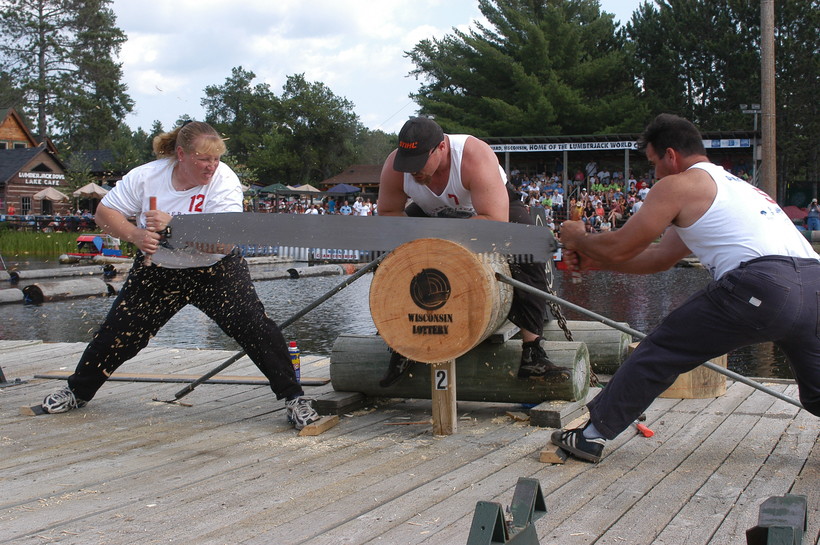 Around 120 professionals are hoping to make the cut in northern Wisconsin this weekend as they compete in the annual Lumberjack World Championships.

Around 12,000 people descend on the city of Hayward each year to watch professional competitors wield crosscut saws, souped-up chainsaws and axes, as well as logroll in honor of the nation’s logging history.

"My daughter is a 10-time world champion. She was actually in the Guinness Book of World Records," said Salzman. "She holds the most of the women. My son is going after his 10th."

She said her son, J.R., continues to logroll despite losing his right arm during a tour with the National Guard in Iraq.

"The medic had told me that the very first thing he said was, 'I’m OK. I’ve got my legs. I can still logroll," Salzman said.

She said her son claims he would be content with 10 world titles, but said she doesn’t buy it.

The competitions run through Saturday.