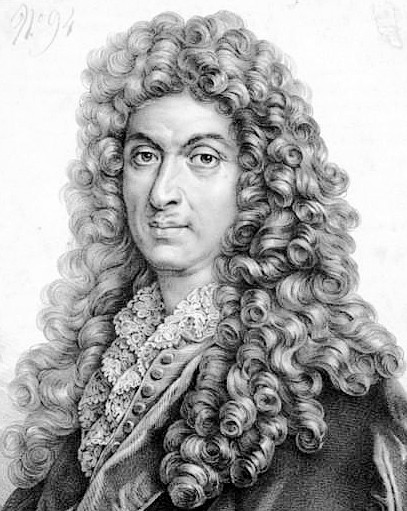 Jean-Baptiste Lully was extremely devoted to his music.  In fact, he died for it.

Lully was hands down the staunchest promoter of his own music.  He was so taken with his compositions that he declared he would kill anyone who said they were bad. When his opera Armide failed to get the enthusiastic reception he thought it deserved, Lully had it presented for an audience of one--himself.  In a scene worthy of an Alexandre Dumas novel, King Louis the Fourteenth decided that the opera must be all right if Lully would go to such lengths to have it performed.  So he too arranged for a private showing.  He decided that it wasn't half bad--and turned the tide of public opinion.

Later, when the king was gravely ill, Lully was obliged to write a Te Deum. Into this hymn of praise Lully poured all his skill and effort. He lavished great care on the preparations for the performance, and as a special show of devotion, he beat the time himself, using the customary long heavy staff.  In the heat of excitement, Lully accidentally pounded his foot with the staff. The result was a blister. Lully's physician advised him to have his little toe cut off. Lully resisted, and after a few days the physician recommended amputating Lully's entire leg. Soon the time for decision-making had passed. Lully's days were numbered.

But he still faced one more fight for his music.  His confessor refused to absolve him of his sins unless he would burn his opera Achilles et Polixeme.  Lully gave in and allowed the opera to be burned.  A few days later, Lully was feeling a little better and a visitor asked him why he had been so foolish as to burn a perfectly good opera to humor a grim priest.