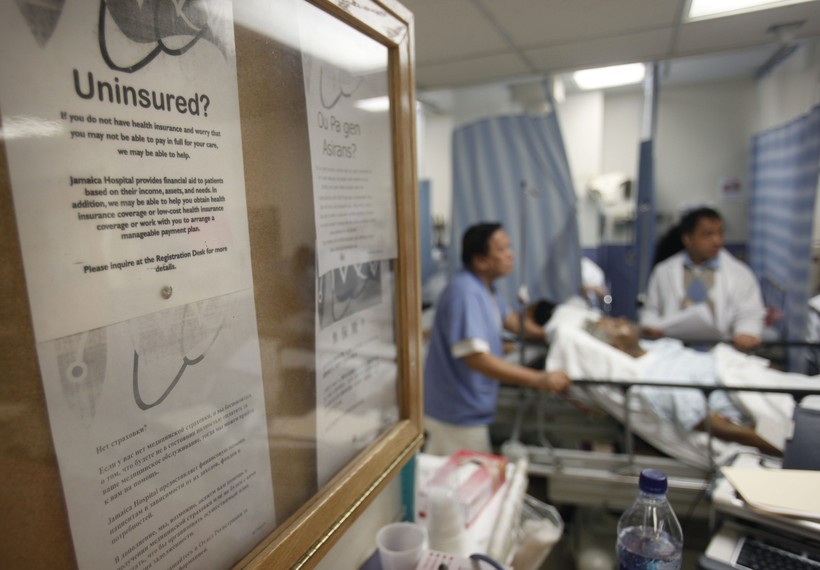 ListenDownload
WisContext: What's Next For The Health Insurance Landscape In Wisconsin?

In an effort to prevent future sticker shock for those buying their own health insurance, Gov. Scott Walker hopes to shore up the Affordable Care Act, a law he and other Republicans oppose, by asking the federal government for a waiver for a reinsurance program.

Consumers will start shopping for 2019 coverage on the ACA marketplace during the run-up to the 2018 congressional midterm elections Nov. 6, the same day Wisconsin elects its governor. Several states have sought federal permission to change the ACA in an effort to lower premiums.

Premiums have increased, and while most people buying coverage on Healthcare.gov in Wisconsin get federal subsidies to offset the cost, those who aren’t eligible can be socked with staggering premiums.

In northeastern Wisconsin people purchasing the lowest cost silver plan saw premiums double, according to the Office of the Commissioner of Insurance.

Walker has a plan that could shave 10 percent off the price of premiums next year for those who don’t get insurance through their work or the government. These generally are people who are self-employed, part-time workers or those in between jobs.

One aspect of the governor’s health care stability plan asks the federal government for the waiver to implement what’s known as reinsurance, a $200 million fund that would help pay for expensive medical claims between $50,000 and $250,000. The fund would require $30 million in state funding. The rest is expected to come from the federal government.

Some question whether $200 million would be enough. Minnesota got a waiver in October to set up a reinsurance pool of $542 million. That money would be in addition to $300 million Minnesota had already spent to control premium costs in 2017.

"Reinsurance can be expensive, and states that have run their own state reinsurance program have seen this firsthand," said Brynne McBride with ABC for Health, a public interest law firm that connects people to health care.

But some states have become frustrated by the waiver process. Minnesota is concerned about it interfering with other federal health dollars it gets. And Oklahoma withdrew its waiver request because of federal delays.

Walker’s health care stability plan aims to control premium increases and maintain choice for consumers.  In the past three years, insurers have lost more than $400 million and some have left the marketplace. Because of that, 75,000 people in Wisconsin had to choose a new insurer in 2018.

"The health care stability plan will not solve all these problems. But we think it’s a step in the right direction," said J.P. Wieske, deputy insurance commissioner, at a public hearing Wednesday in Madison.

The reinsurance plan is supported by insurers in the state and by Wisconsin hospital and doctor groups.

However, efforts to hold down health costs for some on the state level may be negated by federal changes that loosen the rules on what’s considered health insurance and whether people have to buy it.

President Donald Trump wants to expand short term, lower cost health plans, and this could drive up costs for others left in the marketplace. According to an analysis by the Urban Institute, premiums could go up 20 percent because of that expansion. They could also increase because there will be no penalty for not buying insurance in 2019, something passed in the Republican tax bill.

State insurance officials are taking public comment on the reinsurance waiver through Saturday, April 14 and hope to submit the state’s application soon after to the federal Centers for Medicare and Medicaid Services with expected approval of the waiver by late August or September.