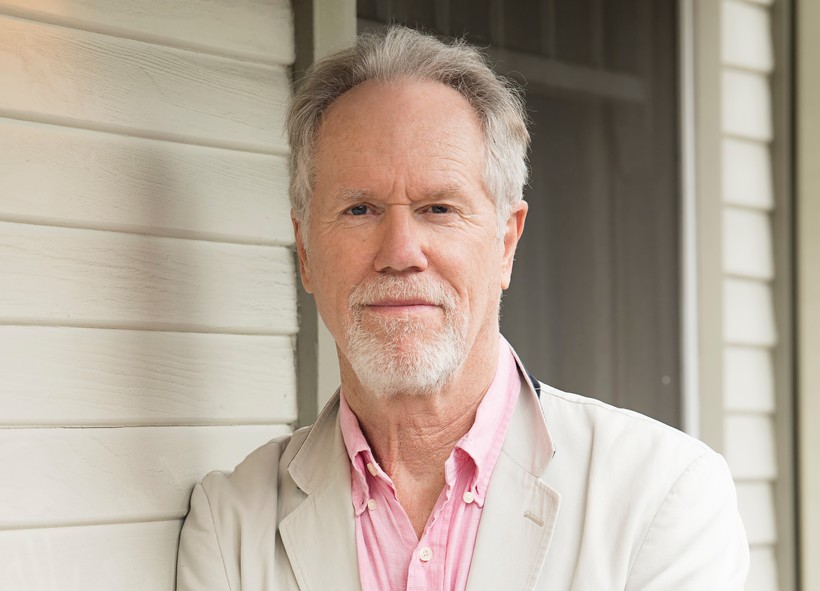 Veteran singer and songwriter Loudon Wainwright III is coming to Wisconsin this week — playing Thursday in Stoughton and Friday in Oshkosh.

Wainwright is noted for the variety of his material — some topical music, some sad songs and many hilarious moments. He’s also acted in movies, on TV, and made the rounds of NPR programs from "Fresh Air" to "Wait Wait ... Don’t Tell Me."

Wainwright is touring to bring attention to his new album called "Years in the Making," which is just that — a collection drawn from close to 50 years of rare and sometimes unused material.

WPR’s Melissa Ingells recently spoke with Wainwright about the making of his new album.

Melissa Ingells: How did "Years in the Making" come about?

Loudon Wainwright III: I work from time to time with a friend of mine here in New York City called Dick Connette. We’re friends and colleagues, and we were just talking about some old cassette tapes or something I’d been listening to. And I kind of delved into that.

I have a kind of thing in my house, I guess it’s a little bunker or "man cave" where all my crap is. And over almost the last 50 years I’ve stored up a lot of sonic materials — cassettes and hard drives and reel-to-reel tapes. I just started listening to some of it. And basically what happened was, Dick and I would listen to stuff together, and we kind of whittled it all down to what we thought was, for us anyway, the most interesting stuff. And that’s really how it all came about.

MI: As you were deciding on material for the album, did you have any kind of "I’ll-be-darned" moments that were better or worse than you expected? Why did these songs that you picked out speak to you now?

A while back somebody sent me a bootleg that people had done of me, and I hadn’t really listened to that carefully enough. So, there were nice little surprises throughout the process.

MI: You were OK with the bootlegs?

LW: I don’t like the idea that people come to the show and record them and I don’t know about it, and then "share it," as they say. But on the other hand, there was some good stuff that I hadn’t heard. So, I kind of took advantage of their misbehavior — the bootleggers' misbehavior.

And for instance, talking about these bootleggers — I think it's a song called "Thank You Mr. Hubble," but ... clearly the guy’s tape recorder is in his lap. I mean, you can hear him laughing louder than anybody else. And that’s an example of how sonically the record is kind of all over the place. It’s not a clean, pristine, perfect, uniform kind of sound. And both Dick and I thought that was kind of compelling in a way. That the listener might become even more engaged by the variety in the different tracks.

MI: That does bring up the issue that there is so much technology in recording now. Pitch correction technology and the ability to basically perfect everything. What holds up for you about being a guy with a guitar in a room full of people?

LW: Well, this has been my job for 50 years. I have on occasion had bands, and there are some examples of that on "Years in the Making." But primarily it’s been just me and my guitar.

Aside from the fact I like the idea of little or no overhead, I don’t have to pay a bass player and a roadie or something, I also find that for the audience to see one person standing up there on the stage, putting forth the songs or the show or whatever — it’s just something really simple about it. Which is not to say that bands aren’t great or duos aren’t great, or trios, but I think one person is kind of cool.

MI: You’ve not only been a musician but you’ve done movies, TV, the TV show "M.A.S.H.," written a book, started out on vinyl, gone to CDs, now we’re in the download era — have you ever had moments where you think, "Maybe I should have tried, say, movies, more than music?" Do any of those call to you in a certain way, or do you feel like music is your central home?

As you say, I studied to be an actor, and I thought I was going to be a full-time actor which is a tough job unless you’re a movie star or something. So, I dabble in those black arts. Occasionally someone will have me in a movie or a TV show. I don’t have any regrets about not killing myself trying to get more acting.

I’ve recently done something which requires acting work and also incorporates my songs and my music. I have this theater show that I’ve been performing called "Surviving Twin." I started developing it in 2003, and I’ve done it in London and New York a few times, and Los Angeles and outside of Philadelphia. And it was filmed in May by Netflix. And that is an example of me doing the music, but also I put down the guitar and I perform some of the writing of my father, who was a very well-known journalist, Loudon Wainwright, who wrote for Life magazine in the 1960s and 70s. So that’s the kind of hybrid of acting and music. That’s coming out on Nov. 13 on Netflix.

MI: The New York Times recently ran an article where you talked about protest songs, which was obviously pretty timely headed into the midterms. You’re going to be here in Wisconsin literally a few days before the midterms. And there’s a quote in there that I’d like to read to you: "Throughout my career, I have come up with musical harangues, broadsides, laments, parodies and political potshots, and my forays into folk agitprop tend to be laced with humor, in hopes of encouraging members of the audience to laugh at those they might fear and oppose." So, in your opinion, how does the laughter help? Why is that important to you?

LW: I don’t think of myself particularly as a novelty songwriter, but I’ve written many, many novelty songs and I still enjoy doing that.

I think getting a room full of 300 people, or 3,000 people, or three people for that matter — getting them laughing disarms them in a way. When something is funny to you, you can’t resist it. You can’t metaphorically cross your arms, so to speak, and block it out. It disarms you. So, yeah, humor is powerful. I mentioned in that article for The New York Times one of my Top 10 picks is Tom Lehrer, who is still alive although he’s not active. His songs were terrifically funny and also thoughtful and great, and he’s a hero of mine.