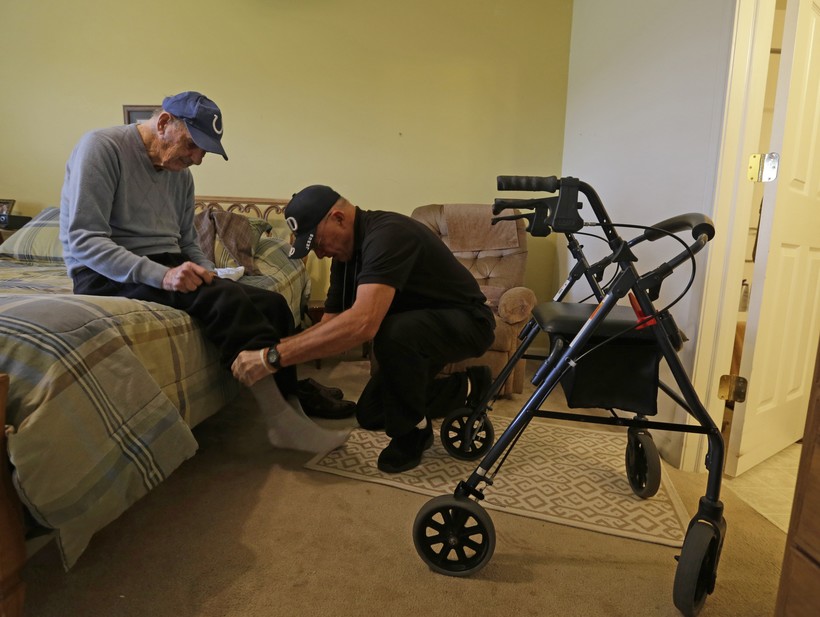 Long-Term Caregivers Continue To Be In Short Supply In Wisconsin

Nursing homes are having a harder time finding workers than in the past, according to a new report on long-term care providers.

Vacancies for caregivers increased with nearly 1 in 4 openings going unfilled, according to the new survey from Wisconsin’s long-term care providers.

The staffing difficulties are impacting how many patients facilities are able to accept. Some are turning patients away.

"In the future if there continues to be vacancy rates, there may be concerns down the road" about the possible closure of some long-term care facilities, said John Vander Meer, president and CEO of the Wisconsin Health Care Association and the Wisconsin Center for Assisted Living.

More than 30 nursing homes have closed since 2016 in Wisconsin and another 20 shut their doors in 2019, Vander Meer said.

The difficulty attracting and retaining staff is occurring as the need for long-term care is growing.

State population projections by the state Department of Health Services show over the next two decades the percentage of people age 60 and older will increase substantially across the state, especially in northern Wisconsin.

And the very elderly population — age 85 and older — is expected to nearly double between 2025 and 2040, according to Wisconsin Department of Administration projections.

Overall, occupancy rates are at 78 percent but could increase to more than 90 percent, he said, if they could find more direct caregivers.

The survey of facilities started in 2016 and is conducted every two years. The first report found 1 in 7 direct caregiving positions were vacant. That increased to 1 in 5 unfilled positions in 2018.

Last year, WPR examined why so many nursing homes are closing.

Long-term care facilities rely heavily on state and federal funding to operate. Two thirds of residents are on Medicaid, which does not fully reimburse for costs, Vander Meer said.

The most recent 2019-21 state budget includes more than $66 million to increase wages for caregivers. Aging groups say they plan to continue working with state officials to tackle the issue.