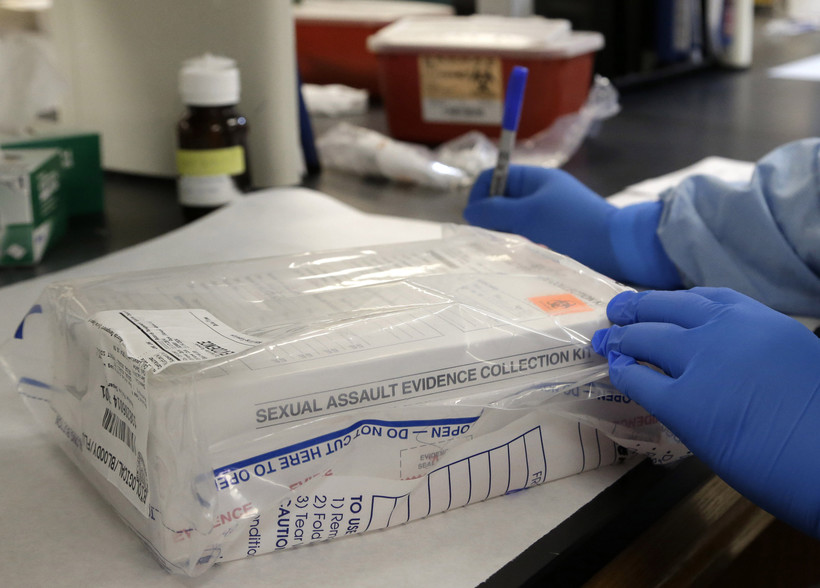 Bipartisan proposals were years in the making, aimed at preventing another kit backlog
By Laurel White
Share:

Two bills that would change how sexual assault kits are processed in Wisconsin have reached Gov. Tony Evers’ desk after several years of partisan strife and, according to supporters, decades of justice delayed for assault victims across the state.

The proposals, which received final approval from the state Legislature last week, would set sexual assault kit collection, processing and storage timelines in state law, as well as create a kit tracking system that would be accessible to victims.

Their approval comes more than six years after the state Department of Justice discovered the existence of more than 6,000 untested sexual assault kits in law enforcement and hospital custody across the state, some of which were several decades old.

Republican and Democratic attorneys general, along with a bipartisan coalition of state lawmakers, have tried in the several years since then to put policies into state law that would prevent another backlog — which was eventually cleared in 2018 — but hit political roadblocks, particularly in the GOP-controlled state Assembly.

"For 30 years, justice has been denied thousands of sexual assault survivors here in Wisconsin," he said.

"Those who have endured the trauma of sexual assault, not just during the assault itself but the actions that have to occur afterwards, should know where those kits are in the process," he said during debate.

Both bills passed the state Senate during the last legislative session and were approved again, with bipartisan votes, this spring. Their road in the state Assembly has been rockier, where the GOP chair of the Assembly's health committee publicly sparred with Attorney General Josh Kaul and refused to hold a public hearing on the collection, processing and storage proposal.

A version of the proposals, combined into one bill, did pass the Assembly last year. However, the plan was altered to include new provisions related to private school vouchers and immigration that Democrats vehemently opposed. At the time, Democratic Minority Leader Gordon Hintz, D-Oshkosh, called the additions "one of the most transparent decisions about poison pills that I’ve seen."

That combination bill was never taken up in the Senate and, if it had been, it would have faced an almost certain veto from Evers.

After the two original bills’ reintroduction this session, Sen. Robert Cowles, R-Green Bay, lauded them as a rare example of bipartisan compromise, born from bipartisan failure.

"The cause of the sexual assault kit backlog is a bipartisan and multidisciplinary failure, and that’s why I’m proud to be here today as part of a team of bipartisan co-authors and supporters presenting a statutory solution that will systematically prevent similar circumstances from happening again," he said in prepared testimony to an Assembly committee last month.

According to sponsors, no changes were made to the two proposals between their failure last session and success this year.

However, the collection, processing and storage bill was assigned to different legislative committees in both chambers this time around and, notably, didn’t need to go through the Assembly committee that had previously blocked its advancement.

Now that they’ve made it to his desk, a spokesperson for the governor confirmed Thursday that he plans to sign them into law.