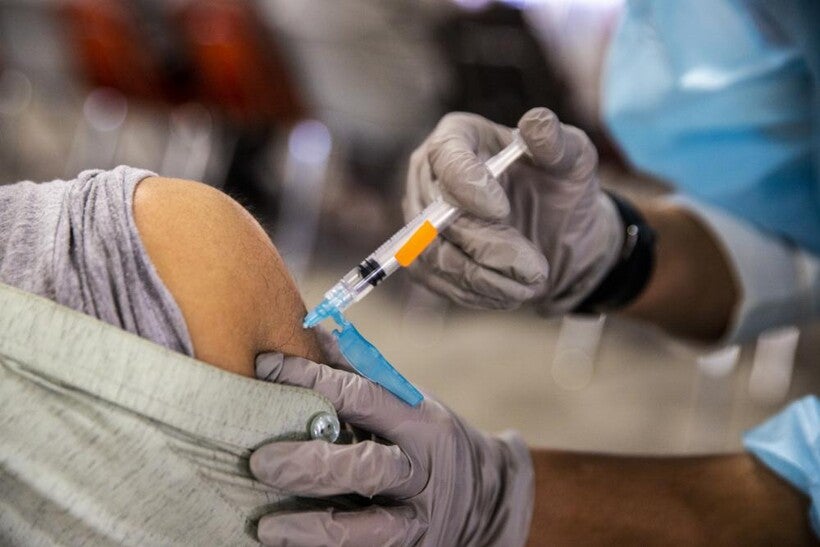 With Around 12.5K People Living At The Base, Health Care Providers Meeting Emergency, Specialty Care Needs
By Hope Kirwan
Share:

Roughly 12,500 evacuees from Afghanistan have been living at Fort McCoy in recent weeks. That’s a larger population than the city of Sparta, the closest community to the base in rural Monroe County.

Dr. Alecia Gende, emergency medicine physician at Mayo Clinic Health System’s clinic in Sparta, said that like any community, some people living at the base have needed more serious medical care at times.

Officials at Fort McCoy have said the Department of Defense medical staff have been providing basic health care for Afghans on the base, including the medical screening and vaccinations required by the immigration process.

But care for those with more serious or specialty health needs has fallen to area hospitals, at a time when health care providers are still seeing high numbers of COVID-19 patients.

Dr. Chris Eberlein from Gundersen Health System in La Crosse said while it's not the easiest time to take on more patients, hospital systems throughout the region have come together to make sure there is enough capacity.

He said the health systems have frequent calls with the providers at Fort McCoy to check in about their current capacity, with some as far as Prairie du Chien or Madison ready to step in if needed.

"Obviously that’s something that we’re watching out for, making sure that we can care for everyone. And I think with the systems and resources that we have in place, I don't see us having difficulty caring for everybody that's on base and caring for our local communities," Eberlein said.

He said providers have learned the value of communicating more with their colleagues during the pandemic. And with the Department of Defense providers increasing the primary care available on base, Eberlein said they will likely see fewer cases coming in with urgent needs.

Part of that primary care on base has included vaccinating over 97 percent of the Afghans staying at the base against the measles. Fort McCoy had one of six cases of measles among evacuees that briefly shut down transport of people to the U.S. Officials at the base said they did not have anyone else test positive after discovering the first case.

Gende said the Afghan patients her hospitals has seen have obviously been through a traumatic experience when fleeing their country and are dealing with the culture shock of coming to the U.S.

"You can see that they are adjusting," Gende said. "In emergency medicine, we have to work very quickly in a very stressful situation to form a very quick bond with a patient so that we can then meet any emergent medical needs. So language barriers, cultural barriers, those are not things that stop us usually."

She said they either use a medical interpreter over the phone or have been able to have military members or family accompanying the patients translate for them.

Gende, who is a Navy veteran, said she has been honored to be able to provide care for the Afghans, including some pregnant women who are at the base.

"It’s inspiring that life is going on and we are able to contribute and provide services and care that are needed. It’s great to be a part of it," Gende said.

Eberlein said his hospital has also helped deliver babies in recent weeks. And he has heard from some staff how thankful they are to help the evacuees.

"It’s a different routine, and they’re really appreciative of being able to be part of something like this," Eberlein said. "I think it has been a really nice intrinsic motivator for staff and people feel really good about what they've been able to accomplish."