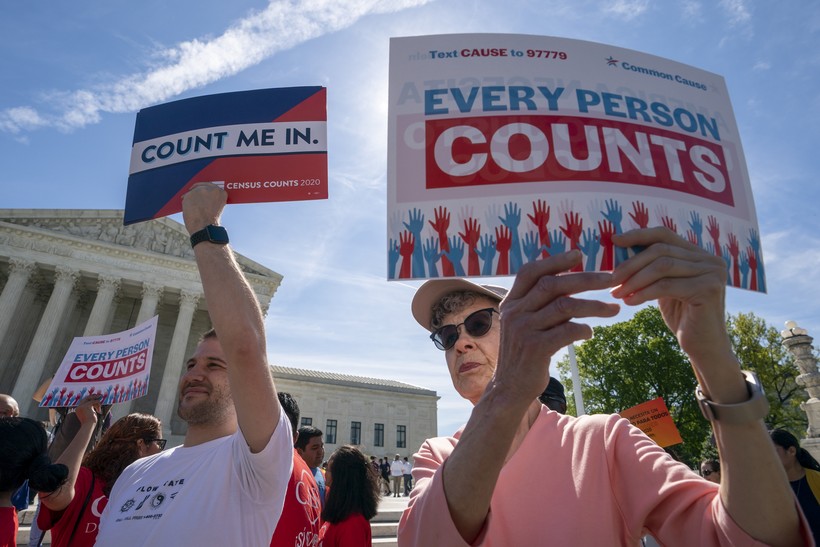 Local Committees Working To Ensure Accurate US Census Count In 2020

Mistrust In Government Seen As Hurdle For People Of Color
By John Davis
Share:

People representing social service agencies say they're concerned the 2020 U.S. Census will undercount minority groups because of misinformation and distrust of government.

The U.S. Census Bureau is working with local groups called Complete Count Committees to ensure as many people are counted in next years' census as possible.

Complicating the matter is the Trump administration dropping plans to add a controversial citizenship question to the census questionnaire earlier this year. Vandali Vang, who serves on La Crosse County's Complete Count Committee, said that despite the fact that the question won't be there, concerns remain.

Wisconsin had the third-largest Hmong population by state, according to the 2010 census, but studies suggest the population of Hmong residents was undercounted.

"The data that was put out doesn't reflect what we are seeing in our community. We also know that, as an immigrant refugee community, we are scared to complete the census. Even though you have 10 people living in your household, you told your landlord that only four people are living with you in your household, so you don't count those other family members who are living with you. We saw that as a trend in 2010," said Vang, who is the community engagement coordinator for Cia Siab Inc., an agency that works to improve Hmong culture in the La Crosse area.

"We hear from a lot of the people that we serve, a broad concern, especially given some of the conversations that are happening on the national level about citizenship, about government pulling back benefits for people. We hear a general mistrust in participating in any government program, census or otherwise," said Hetti Brown, who also serves on the city of La Crosse's Complete Count Committee and is executive director of Couleecap, an anti-poverty organization in southwestern Wisconsin.

"A lot of the people that we serve may not have had positive interactions with the government or social service agencies in the past given whatever their situation is. To ask them then to trust, to go online and fill something out with all of their information, it’s just a barrier we have to overcome and explain to them why it would benefit them."

Wisconsin residents led the nation in participation during the 2010 census with an estimated 82 percent according to the U.S. Census Bureau.

There are plenty of reasons to do as accurate of a census count as possible. The census dictates the amount of representation states get in the U.S. House of Representatives. The census also helps state and local governments decide where to draw voting districts. Information is also used to decide how taxes are spent.

"Billions of dollars of federal funding is distributed to our communities based on census data," Brown said. "For each person counted, it's about $1,000-$1,900 each year that comes into our community for these services."

The actual process won't begin until about mid-March of next year, when each household is expected to get a mailing reminding them of the census count.

April 1, 2020 is U.S. Census Day, since the first census in 1790, it's a date that signifies the traditional start of the census count. For the first time, this year people can fill out a nine-question survey online or over the phone.

If people fail to fill out the form online or on the phone, they will be sent a form they can mail in, and if that doesn’t work census workers will go door-to-door looking for the information.

U.S. Census Bureau media specialist Robert Giblin said the agency is working with local Complete Count Committees hoping to build trust in the census among minority groups and other hard to count groups like college students, so they feel comfortable participating.

The move to filling out the form online is also leading to some distrust in the 2020 census.

"We’re doing a lot with data protection. We’re working with the appropriate private and government people to protect the data," Giblin said. "The Census Bureau and all of its employees are required by law to maintain the privacy of individual census data. Neither the bureau nor its employees are allowed to share personal information with anyone, and that includes law enforcement and other government agencies. We report on aggregate data, the numbers, but individual data remains private."