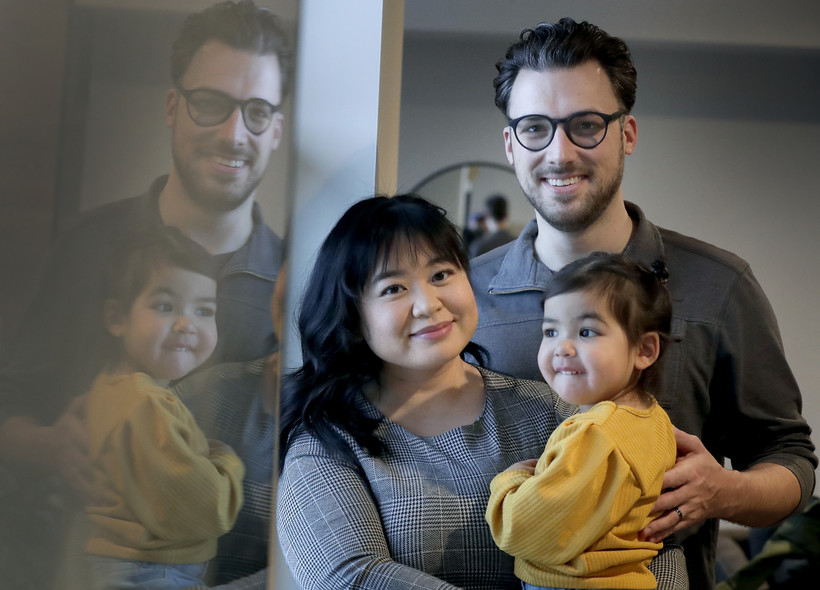 Sheng Lee Riechers, shown here with her husband, Karl Riechers, and their daughter, Lilith, is a Hmong American who has lived in northeast Wisconsin for 30 years. Photo taken on Feb. 9, 2022. Wm. Glasheen/USA TODAY NETWORK-Wisconsin

Living in Wisconsin: 'Hmong people are truly American, if not more American than most Americans'

Sheng Lee Riechers remembers attending Neenah school and community events where military veterans were asked to stand and be recognized for serving the country.

Her father, a Hmong soldier who fought communist forces under the direction of the United States government during the Vietnam War, would always hesitate to stand, unsure of how he would be received.

"I was like, 'Dad, get up. You fought in the war,'" Riechers recalled. "It was always really awkward for him. I wish more people understood the history of why Hmong people are here and that Hmong people are truly American, if not more American than most Americans. They fought for the country, and they fought for freedom."

Hmong soldiers aren’t officially recognized as U.S. veterans, but they were staunch allies of the U.S. and paid a heavy price during and after the war. Once U.S. forces withdrew from Vietnam, the victors persecuted Hmong soldiers and their families for helping the U.S. 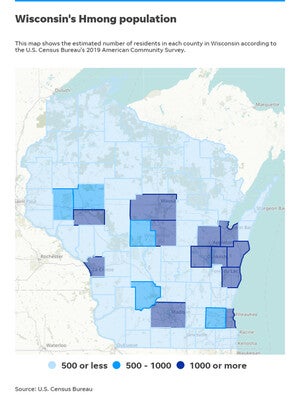 Hmong people fled their homeland in the mountains of northern Laos for refugee camps in Thailand, where they stayed, sometimes for years, until they were resettled in the U.S., France and elsewhere.

Even today, Riechers’ father isn’t allowed back into communist Laos, where the government denied his visa application to visit family in 2019.

The denial reinforced that Wisconsin, not Laos, is home for Riechers’ family and thousands of other Hmong Americans, and their presence is expanding and enriching life here.

The 2020 census showed the Asian American population in Brown, Outagamie and Winnebago counties grew from 16,330 in 2010 to 22,189 in 2020. That’s nearly a 36 percent increase, compared with a 10 percent increase in the overall population.

The 2019 survey estimated Wisconsin’s Asian American population at nearly 200,000. Hmong are by far the largest Asian American ethnic group in the state, with more than 58,000 people, or 29 percent of the total.

Hmong refugees arrived in Wisconsin in waves, starting in the late 1970s and ending in the mid-2000s.

Long Vue was 14 years old in 1980 when he arrived in Kaukauna along with his parents, three sisters and four brothers. They had planned to go to Austin, Texas, but his uncle, who was the family’s sponsor, moved to Appleton. The family was then rerouted to the Fox Cities.

Hmong refugees had few possessions and needed help from a sponsor.

"A refugee is in the midst of war," Vue said. "You’re lucky if you survive and you’re alive."

"The discrimination and hatred, you could feel that," he said. "I knew they didn’t like me because they’d be yelling at me and screaming at me out in the public. I just stayed away from them and tried to live my own life." 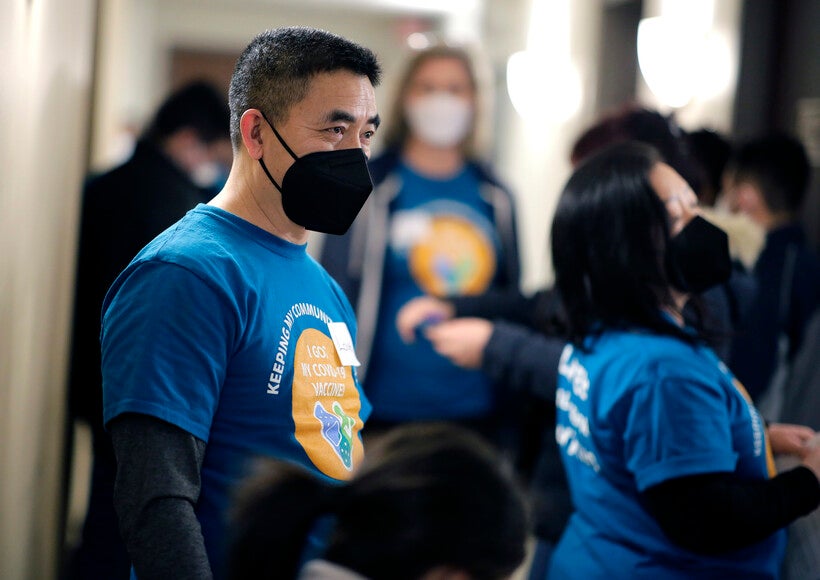 Pao Lor, a 49-year-old Kimberly resident, was born in Laos and left as a child.

His family had sided with the U.S. during the Vietnam War. When the U.S. pulled out, his family went into hiding as part of the resistance to communist forces. His father was assassinated by the resistance after he left a hiding place to seek outside resources like rice and salt in violation of the group’s rules.

When Lor’s family fled Laos for Thailand, his mother drowned while crossing the Mekong River.

Lor spent time in the refugee camps in Thailand before arriving in Long Beach, California. In 1980, he moved to Green Bay, where his uncle had settled.

Lor graduated from Green Bay East High School in 1989, earned bachelor’s and master’s degrees from the University of Wisconsin-Oshkosh and a doctorate from UW-Madison. He’s now an education professor and chair at UW-Green Bay.

Still, he doesn’t associate his life with the American Dream — that path to upward mobility amid equal opportunity for all. Lor at times had no idea what he was doing and was merely trying to coexist as an immigrant.

He describes that journey in his memoir, "Modern Jungles: A Hmong Refugee’s Childhood Story of Survival."

Riechers, 32, grew up in Neenah and now lives in Menasha with her husband and their 2-year-old daughter. Like most Hmong Americans living in Wisconsin today, Riechers was born in the U.S.

Her parents are naturalized first-generation immigrants, arriving as refugees from Laos in the late 1970s. They first settled in Memphis, Tennessee, before relocating to La Crosse, Black River Falls and eventually Neenah. Riechers was born in Black River Falls and came to Neenah when she was 2 years old.

"There were a lot of friendly white people in the community who embraced my family and really helped us get acclimated," Riechers said.

She graduated from Neenah High School in 2008 and earned a bachelor’s degree in journalism and a master’s degree in business administration from UW-Oshkosh. She operated Candeo Creative, a marketing and advertising agency in Oshkosh, before being hired as Appleton’s senior communications specialist in 2020.

Riechers said northeast Wisconsin has shown a willingness to tolerate, if not welcome, people of different races. There’s hate everywhere, she said, but in the Upper Midwest, it’s a little less menacing.

"It’s a bit more passive-aggressive," she said. "I’m not going to get in your face, but I’ll do stuff to let you know that I don’t like you."

The clash of cultures and races reached a climax in November 2004, after Chai Soua Vang, a naturalized Hmong American from Laos, shot eight people, killing six, in northwest Wisconsin. Vang pleaded self-defense, alleging that white hunters confronted him after unintentionally trespassing. He was convicted of six counts of first-degree intentional homicide and three counts of attempted homicide and was sentenced to life in prison without parole.

The case attracted nationwide attention. Riechers was a freshman in high school at the time.

"There was so much hate toward Hmong people," she said. "There wasn’t really any direct targeted incidents, but I remember kids having bumper stickers that said, 'Save a deer, shoot a Hmong.'" 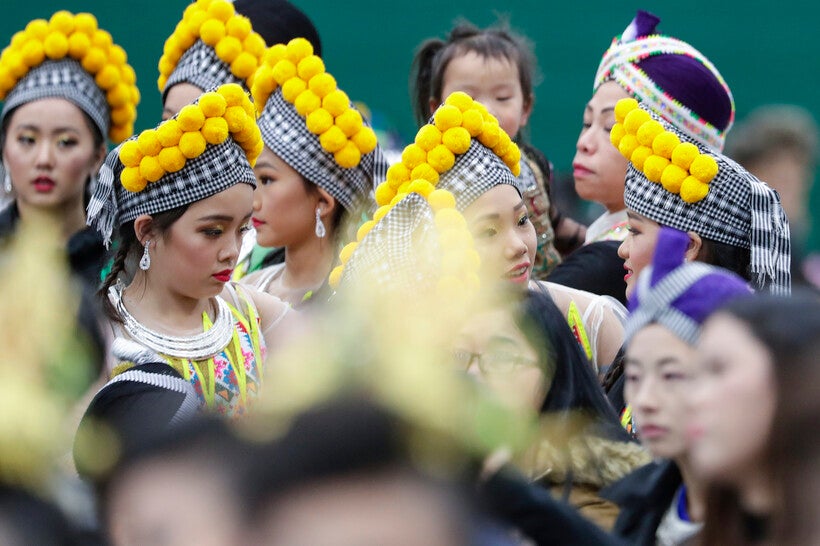 After a period of improvement, the coronavirus pandemic in early 2020 delivered a resurgance of racial discrimination against Asian Americans.

Then-President Donald Trump implicated Asians as the scapegoat and fueled anti-Asian animosity by repeatedly calling it the "China virus."

Anti-Asian hate crimes quadrupled in 2021 in more than a dozen of America’s largest cities, according to an analysis from the Center for the Study of Hate and Extremism at California State University, San Bernardino.

"I love to walk around the neighborhood, but I have stopped doing it because I worry about a car running over me due to my ethnicity," Lee told the council.

Tina Thor, an Appleton native, said that while shopping for flour, a woman yelled at her to "go back to your own country."

"I was so shocked by this happening in the city where I was born and raised," Thor said.

Asian Americans have experienced the same health concerns from the pandemic as anyone else in the community but have had the added burden of being unfairly blamed for it.

'We fought for freedom'

Lor said "pretty close to 100 percent" of Hmong refugees were dependent on welfare and public housing when they came to Wisconsin in the late 1970s and early 1980s.

Today they not only have made a better life for themselves and their families, but they have become active, integral members of the community. They are educators, business owners, coaches, political leaders, friends and neighbors.

Riechers handles communications for a city of 73,000.

Vue is the executive director of NEW Hmong Professionals, a nonprofit that responds to needs of the community, like organizing pop-up COVID-19 vaccination clinics.

Hmong people have brought diverse backgrounds, political views, business experience and community service to northeast Wisconsin. Inroads also have been made in elective office, as evidenced by Maiyoua Thao’s tenure on the Appleton council.

Vue, who has a bachelor’s degree in journalism and political science from UW-Eau Claire, acknowledges increasing understanding and acceptance of Hmong people in the past 40 years, but he doesn’t think they’ve achieved full integration.

Hmong Americans still gravitate toward their own grocery stores, he said, and they still haven’t reached equality with their white counterparts in terms of job opportunities and advancement.

Lor said Hmong Americans slowly have found their footing in business and politics but have yet to reach the upper echelon in either arena. Hmong-owned businesses, he said, tend to predominantly serve Hmong populations. He thinks they are on the verge of something greater. 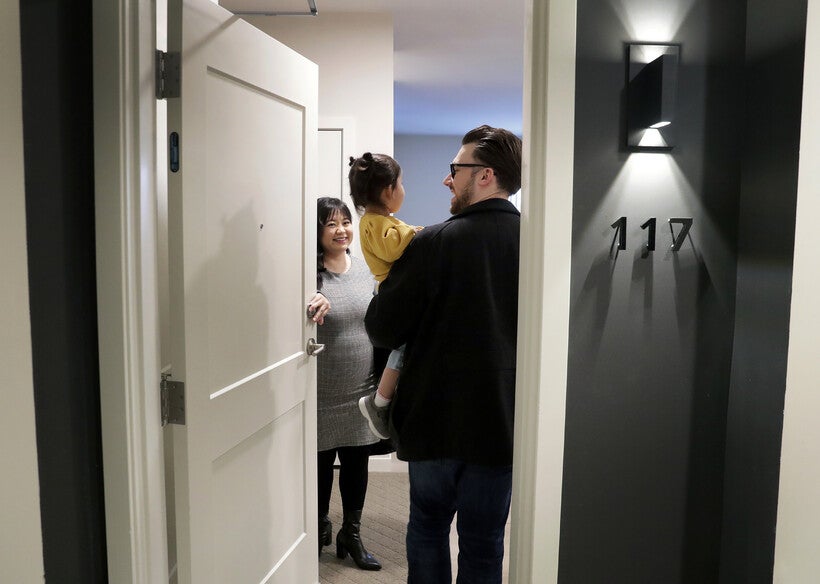 Riechers said Hmong people have a history of seeking independence and freedom. They migrated from China to the mountains of Laos, Vietnam and Thailand in the 1800s after Chinese rulers sought to assimilate them and other ethnic minorities into Chinese culture.

Hmong people have a fierce independent streak that aligned with American ideals during and after the Vietnam War.

Expanding the collective understanding and appreciation of the Hmong American experience can improve cultural competence and the ability to celebrate differences, rather than merely tolerate them or, at worst, oppress them.

That, in turn, could ease the transition for the next people — be it Afghans, Ukrainians or Congolese — who will call northeast Wisconsin home.