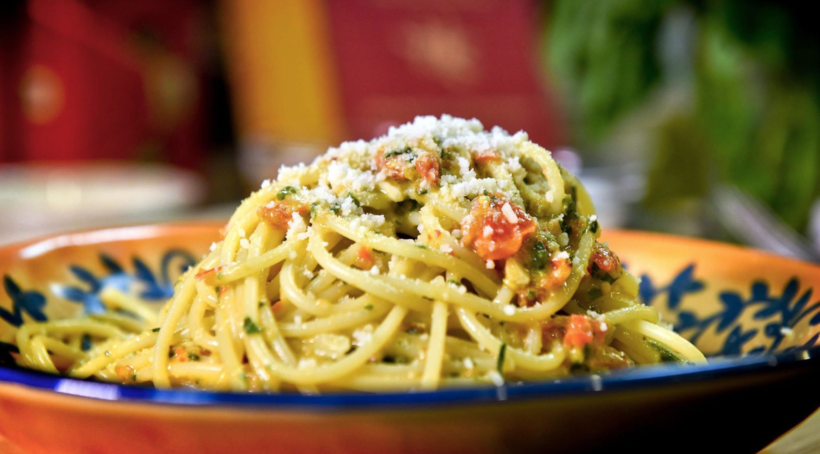 For a simple, hearty meal pasta is always a good idea. With countless variations, you can have a flavorful meal on the table with few ingredients and minimal effort.

But it’s important to master the basics to making good pasta — starting with how to cook the pasta and what kind of pasta to buy, said Lidia Bastianich, chef, author and Emmy-winning host of "Lidia’s Kitchen."

"Make sure that it’s made from 100 percent semolina flour … because it has more proteins, more gluten in it," she said. "Then you look at the pasta … it shouldn't be shiny, it's a little opaque, you want the pasta to be rough, you don't want a smooth, dry pasta because the sauce just slips right off."

Bring a pot of water to a rolling boil, and salt the water liberally — some suggest using enough salt to make it taste like seawater — without salt, the pasta will taste flat and you won’t be able to recuperate the flavor. And if you’re Italian, you wouldn’t break the pasta before adding it to the water, Bastianich said.

"Put the pasta into the boiling water and get it back to boiling as soon as possible because otherwise, it’s going to stick," she said. "Once it’s in, give it a twirl, put the cover on, full speed of the fire, uncover it once it boils."

"Never, never, never put oil in the water," Bastianich added. "Oil will coat your pasta and will inhibit the sauce to grasp on to your cooked pasta."

Cook the pasta al dente so it has a little bite and isn’t overcooked — overcooking will also cause the sauce to slip right off the noodle, she said.

"There's an old saying in Italy, 'If you throw the pasta to the wall, and it sticks, it's done,'" Bastianich said. "You want it to be a little sticky and rough — so no rinsing for the same reason, you don't want to rinse off that starch residue when pasta cooks." 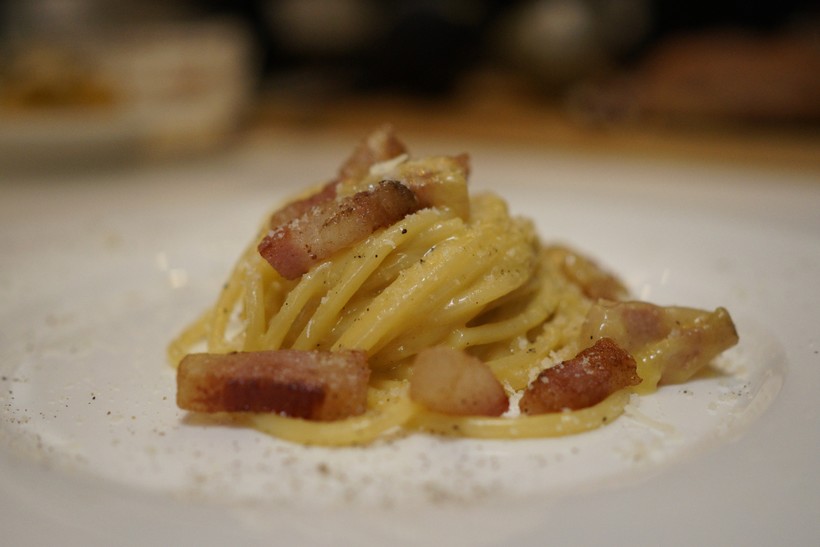 A plate of "spaghetti alla Carbonara" is displayed during a cooking competition in Rome, Friday, April 5, 2019. Andrew Medichini/AP Photo

For a very simple meal, that’s great in the cold winter months, Bastianich suggests making a carbonara, which is a basic sauce made of onions and bacon sauteed in a little oil, with an egg yolk mixed in at the end.

"Drain your pasta, put it into the sauce, toss, toss, and then just before pulling it out, add to it an egg yolk," she said. "Toss, add some grated cheese, and you got yourself a marvelous dish for this kind of weather. And it's four ingredients."

If you’re looking for something a little more unique, but still easy, try spaghetti and pesto trapanese, Bastianich said.

"We all know pesto, but trapanese pesto is a different collection of ingredients," she said. "Get yourself some nice ripe cherry tomatoes — the riper, the sweeter the better — some toasted almonds, garlic, parsley, basil, pepperoncini and olive oil, process until you get that creamy consistency."

When you cook your pasta, save a little bit of the pasta water to toss with the pesto and the pasta, then top with grated cheese and parsley, Bastianich said.

"Always save a little bit of the pesto separately, don't put it all in at once because you don't want it too saucy," she said. "It is delicious." 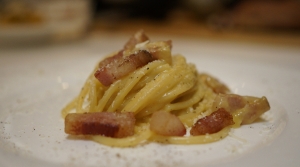 Pasta is always a good choice for your Valentine’s Day dinner. But if you’re tired of the same boring dishes, a public television cooking show host joins us to help you jazz them up. We talk about how to make perfect pasta, and share some recipes.