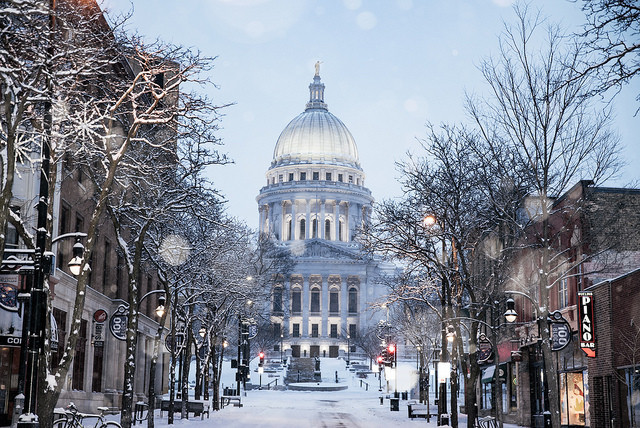 The Legislature’s budget committee voted 10-3 along party lines to send the proposal to the full state Senate and Assembly. Republicans voted in favor of the plan and Democrats against.

The vote comes as Democratic Gov. Tony Evers and Democratic lawmakers have proposed a tax cut of their own. The difference between the Republican and Democratic proposals comes down to how the tax cut would be funded.

The Republican bill would use existing state funds to fund a cut that would save the average taxpayer $170 a year, according to the Legislature’s nonpartisan budget office. It would be effective January 2020.

During the committee hearing, Republicans said their bill is a responsible option, as it doesn't require changes to other state tax programs or cuts to state spending.

"Political theater aside, we have a great opportunity here to put money back in the hands of those who need it most in our state," said state Rep. Shannon Zimmerman, R-River Falls.

The dueling proposal backed by Evers and Democratic legislators would fund a middle-class tax cut in part by capping a tax credit program for manufacturers.

"When I think about right now what could be the impact if we were to create harm for some of our manufacturers ... we don’t want our job creators to go away," Zimmerman said.

But Democrats argued the GOP plan is irresponsible as it uses a one-time balance of state funds rolled over from the last budget cycle. They have expressed concern about how the cut would be funded in the future.

State Sen. Jon Erpenbach, D-Middleton, urged Republicans to abandon their proposal for now and instead work to negotiate a tax cut during the upcoming state budget process.

The governor said earlier this week he doesn't intend to sign the Republican bill if it passes the full Legislature.

"Republicans proved today that they're more interested in protecting handouts for millionaires than providing tax relief for middle-class families," said Britt Cudaback, Evers' spokeswoman, after the vote. "Introducing a competing proposal that uses one-time funds and leaves taxpayers on the hook for millions of dollars in the future isn’t compromise, it’s just fiscally irresponsible."

Rep. John Nygren, R-Marinette, one of the Republican leaders of the budget committee, refuted that.

Nygren said some Republicans might have wanted a more "broad-based" tax change.

"Where has Tony Evers moved on the tax cut? I would ask where is the bipartisanship from his office," he said.

Legislative leaders said they expect a vote by the full Legislature on the GOP-backed bill to happen soon.