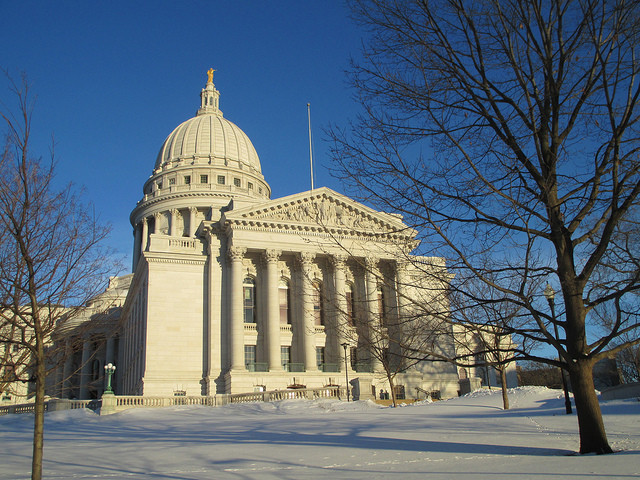 The state Legislature has approved a plan to once again waive Wisconsin’s one-week waiting period for unemployment benefits, as well as move forward with updating the archaic technology behind Wisconsin's unemployment system, and to give businesses and schools legal immunity during the COVID-19 pandemic.

The state Assembly voted 89-0 in support of the bill, which includes all three provisions, on Tuesday afternoon. The plan passed the state Senate last week and now moves to Gov. Tony Evers' desk for his signature.

While the bill passed with bipartisan support, both Republicans and Democrats used debate time on the measure to pin blame for problems with system other side of the aisle.

Republicans argued the old technology wasn't the only issue, saying the Evers administration has poorly managed staffing and hours within the workforce department amid unprecedented demand for benefits. They also said the governor could have used existing state money or federal coronavirus aid to begin moving forward with the technology upgrades already.

"There have been many missed opportunities and a lack of urgency by the Evers administration to address many of the issues with unemployment insurance that we've seen throughout the pandemic," said Assembly Speaker Robin Vos, R-Rochester, before the vote.

Meanwhile, Democrats argued Republicans have created more bureaucracy and red tape within the unemployment system in recent years by instituting requirements like a one-week waiting period and work search requirements in order to receive benefits. Those things have been waived during the pandemic.

Democrats also argued that Republicans, who have held a majority in the state Legislature for a decade, could have funded the technology upgrades much sooner.

"Guess who was the majority all of those years, guess who had the power to actually do something," said Rep. Christine Sinicki, D-Milwaukee, during debate.

Sinicki also criticized GOP leaders for not convening lawmakers more quickly in recent months to act on the problem.

"The governor and the minority caucus on this side of the aisle have been begging you, begging you for months, to be the grown-ups in the room and do what was right and get assistance to the people of Wisconsin," she said.

Evers called a special session of the Legislature last month on revamping the state’s unemployment system. Lawmakers had not taken up any legislation to do so until this proposal surfaced, saying Evers had the power to act on his own. Evers' office pushed back, saying the state funding sources identified by GOP leaders were inadequate to address the problem.

The proposal approved Tuesday does not include any state funding to begin the upgrades. Instead, it requires the workforce department to exhaust any available federal funds first and return to the Legislature's state budget committee with a specific price tag for completing the work. Evers administration officials have said that funding model could pose challenges as the state tries to garner interest and proposals from businesses that could take on the project.

The bill would also extend a waiver of the state's one-week waiting period for unemployment benefits until March 13. The waiting period is currently back in effect after a previous suspension, approved in last year’s COVID-19 response bill, ended Feb. 7.

The federal government requires the suspension to be in effect for the state to receive some federal unemployment funds authorized as part of its pandemic response. Allowing the suspension to lapse costs Wisconsinites $1.3 million per week in federal benefits, according to a memo from the Legislature’s nonpartisan budget office.

The Evers administration attempted last week to pursue extending the waiver through the administrative rulemaking process, but according to a memo from the Legislature’s nonpartisan legal office, any extensions must be approved by state lawmakers.

The bill’s proposal for legal immunity for businesses, schools and other entities during the pandemic was initially included in a failed state COVID-19 response bill vetoed by Evers earlier this month. The proposal would provide the institutions protections from lawsuits even if they don’t follow local, state or federal health orders aimed at curbing the spread of coronavirus.

Supporters of the plan argue it will protect them against frivolous lawsuits brought by people who cannot prove where they contracted the virus.

"For a lot of businesses, it's just the risk of (lawsuits)," said Rep. Mark Born, R-Beaver Dam. "They just want certainty, they want to know they're doing the things they need to do to keep their employees and their customers safe, but they don't want frivolous lawsuits hanging over their heads."

Opponents have argued the state should be doing more to shield workers and citizens, rather than institutions.

Evers previously agreed to back the business liability proposal under a compromise COVID-19 bill negotiated with state Senate Republicans earlier this year.