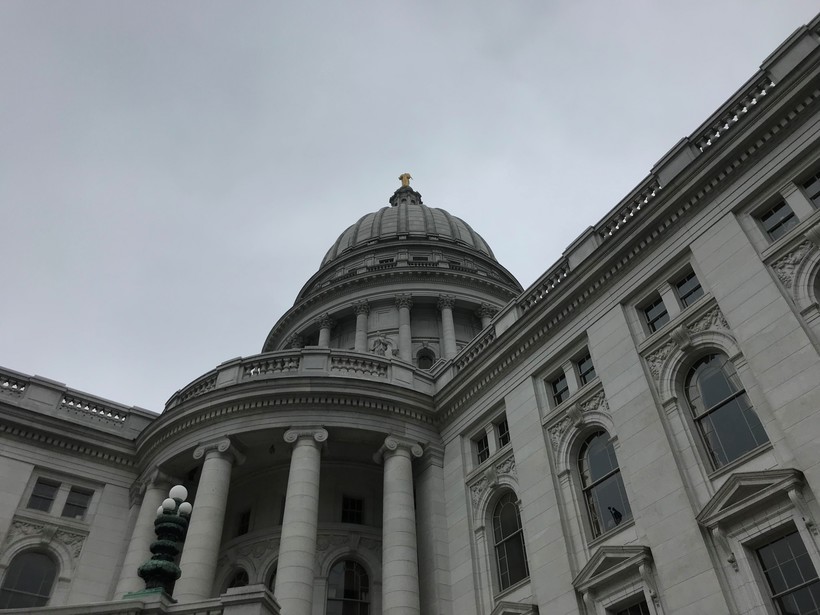 State lawmakers voted Tuesday to approve Republican proposals that would bar health officials and employers from mandating COVID-19 vaccinations, require state workers to return to in-person work and give the GOP-controlled Legislature more power over how federal COVID-19 stimulus funds are spent in Wisconsin. All of the measures could face vetoes from Democratic Gov. Tony Evers.

Under one vaccination bill, state and local health officers would not be allowed to require the public to receive COVID-19 vaccinations. A second bill would bar employers from requiring their workers to receive vaccinations.

According to a memo from the Legislature's nonpartisan legal office, current law would allow for government officials to issue vaccination mandates, with some limitations, like if the vaccine is "reasonably likely to lead to serious harm to the individual" or for reasons of religion or conscience. No such mandates have been issued in Wisconsin. Another memo says employers could require employees to get vaccinated, under certain circumstances, but those are likely limited now because the current COVID-19 vaccines have only received emergency use authorization from the federal government.

Supporters of the bills, including state Sen. Andre Jacque, R-DePere, argue it's unethical to require people who oppose or are concerned about vaccine safety to receive the shots.

"It is critical to protect individual freedom in medical decisions — government coercion in relation to vaccines will do nothing to protect the public trust and assure citizens that their rights are being protected," Jacque said in prepared testimony to lawmakers earlier this month.

During Tuesday's Assembly debate, Rep. Jeremy Thiesfeldt, R-Fond du Lac, argued "in a free society we must trust individuals to make their own decisions."

"If someone doesn’t want to get (the vaccine), let’s trust them with their health care decisions," Thiesfeldt said.

Democrats argued against both of the proposals, pointing to public health guidance that encourages widespread vaccination.

"These bills set a precedent to remove public health tools that save lives and livelihoods," said Rep. Sara Rodriguez, D-Brookfield.

Rodriguez said the bills undermine public health and "do nothing to encourage vaccination as a tool."

Another proposal considered Tuesday would require Evers to submit a plan to the Legislature setting a timeline for the return of state employees to in-person work.

During debate, Assembly Speaker Robin Vos, R-Rochester, claimed some state workers who are working from home haven't been responding to email or answering their phones.

Rep. Barbara Dittrich, R-Oconomowoc, one of the bill’s sponsors, has argued some private sector employees have already returned to in-person work, so state employees should as well.

"At a time when government needs to collaborate in order to address the issues facing our state, our state’s public servants should be exhibiting every due diligence required of them on behalf of the people of our state," she said in prepared testimony earlier this month.

During debate, several Democratic lawmakers pushed back on the plan, saying the Evers administration should be allowed to handle any future return-to-work plan without legislative involvement.

The bill passed on a vote of 60-35. It passed the Senate last month, so it now moves to Evers’ desk.

Another pandemic-related plan approved by the Assembly on Tuesday would prohibit local health officials from closing or limiting gatherings in places of worship during the COVID-19 pandemic.

Assembly Majority Leader Jim Steineke, R-Kaukauna, argued faith leaders should be trusted with making decisions about gatherings and their potential effect on the health of their faith communities.

"Government shouldn’t be making these rules when it comes to people’s freedom to practice their freedom of religion," Steineke said. "We should trust our leaders of our churches to make sensible rules."

The bill, which passed on a vote of 61-33, has already passed the Senate.

Evers' office did not respond to requests for comment on whether he plans to sign or veto the bills.

Both the Assembly and the Senate passed a bill Tuesday that would give the Legislature more control over spending Wisconsin's share of the recently-approved $1.9 trillion federal relief package, although the votes could end up being largely symbolic.

As it stands now, Evers will have oversight of that state funding, letting him bypass the Republican-controlled Legislature.

The bill GOP lawmakers passed Tuesday would give the Legislature's Joint Finance Committee, where Republicans hold a 12-4 majority, the power to block decisions on federal funding "that relate to COVID-19 activities" between the date the plan becomes law and June 30, 2022. The bill passed the Assembly on a vote of 59-36 and the Senate on a vote of 18-12.

Democrats said the plan would let Republicans use procedural maneuvers to block the funding, potentially indefinitely.

"They can essentially hold the money hostage for as long as they want," said Senate Minority Leader Janet Bewley, D-Mason, during debate Tuesday. "They don't have to approve anything."

Republicans argued it was their duty to oversee this funding, and the governor needs their help.

Republicans also noted that when Democrats ran state government in 2009, they passed a similar requirement for federal stimulus funding.

Evers' spokesperson has already confirmed that the governor will veto the plan, and while Republicans have big majorities in both the Assembly and Senate, they're not big enough to override a veto without Democratic help.

Vos, the Assembly speaker, signaled that if that happens, Republicans could sue.

"I believe that the governor's decision to take the money without any legislative involvement is unconstitutional," Vos said. "If, for some reason, the governor chooses to veto this bill, we will have no choice but to go to court, because the constitution is crystal clear."

The statement marked a shift for Vos, who just last year told Evers in a public letter that the governor had sole authority to spend federal money as part of the first federal coronavirus relief bill.

Democrats called Tuesday's vote another example of Republicans trying to strip power from the governor.

"It was never about co-equals," said Assembly Minority Leader Gordon Hintz, D-Oshkosh. "It was about who was in office — who was in power."

With rare exemption, Evers’ administration has had the power to disburse those funds. According to the state Department of Administration, about $2 billion has already been spent on things such as personal protective equipment for healthcare workers, testing lab supplies, contact tracing, rental assistance and grants to small businesses, farmers and childcare providers.

Senators also passed a pair of bills Tuesday that would make it easier for people to buy alcohol in Wisconsin.

One of the plans, which already passed the state Assembly, would let bars and restaurants sell cocktails to go if the drinks are equipped with a "tamper-evident seal."

Supporters say the plan will provide much-needed support to bars and restaurants struggling to make a profit during the COVID-19 pandemic.

The measure passed the Senate on a 28-2 vote and now heads to the governor.

Senators also passed another bill that would let retailers make online or telephone sales of alcoholic beverages to be picked up by the customer at parking spaces that are part of the retail licensed premises.

Neither proposal was originally on the Senate's agenda for Tuesday.

Assembly lawmakers also voted along party lines to approve a resolution directing the chamber’s elections committee to investigate the administration of elections in Wisconsin, focusing specifically on elections since 2019. The resolution gives legislators subpoena power during an investigation.

Ahead of the vote, Rep. Joe Sanfelippo, R-New Berlin, who serves as vice-chair of the Assembly elections committee, said he hopes election officials will provide requested information without subpoenas.

"This just gives us the necessary tools we need to go forward," he said of the resolution. "In the end, we want to make sure everyone in confident in our elections.”

Democrats have pushed back on the calls for further investigation of the election, saying they perpetuate false claims about fraud.

"Republican-led resolutions like this one are undermining public faith in elections and attacking the integrity of the process, the poll workers, the members of the Wisconsin National Guard even, all who worked hard to ensure a safe, secure and transparent election in spite of a global pandemic," said Rep. Lee Snodgrass, D-Appleton.

Editor's note: This story has been updated to correct information regarding bills limiting government vaccination mandates in the Senate and Assembly.