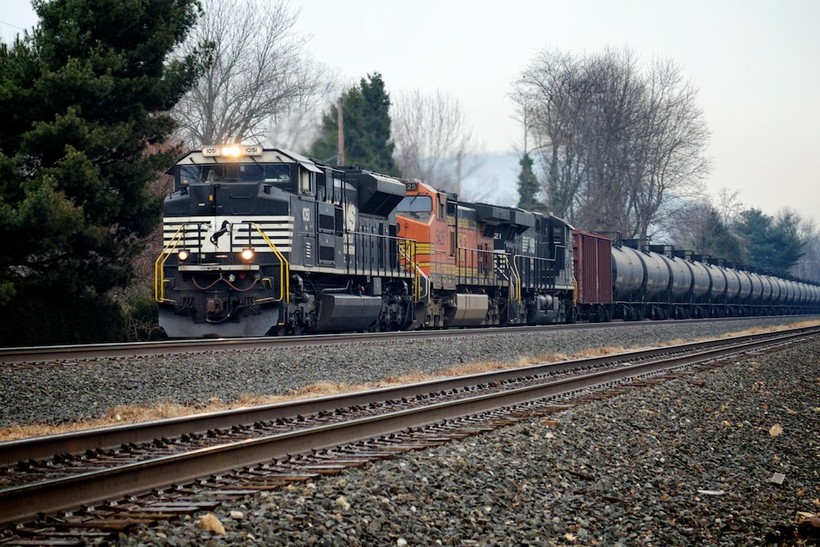 That was the message of a public hearing recently in Rhinelander organized by state Sen. Tom Tiffany, R-Minocqua, and Michigan state Sen. Ed McBroom, who represents the Upper Peninsula.

Freight rail service has been expanding across the state, but far northeastern Wisconsin is an exception. Florence, Forest and Marinette counties on the Michigan border, as well as nearby Menominee County, were the only places in the state that saw a decline in rail service from 2014 to 2017, according to data from the state Department of Revenue.

That means fewer shipping options, and potentially higher costs, for Northwoods businesses. And because the lack of freight train options means logging companies and manufacturers must rely on trucks to move their goods, it means more damage to Wisconsin’s rural roads, too.

A state survey of Northwoods businesses in 2018 found that those surveyed shipped 85 percent of their logs, lumber, wood and pulp products by truck. The 41 businesses surveyed could account for more than 105,218 additional rail cars, the survey found. Doing so would remove nearly 350,000 trucks per year from Wisconsin’s roads.

The largest freight rail operator in northern Wisconsin is Montreal-based Canadian National, or CN, which in 2001 purchased the Wisconsin Central railroad company. Advocates and officials at the hearing butted heads with a CN representative over the company’s decision to shut down some service to the region, and sometimes over the rates it charges shippers.

"There is a direct relationship," said Rich Kedzior, a Wisconsin Department of Transportation freight rail specialist, "between CN’s rates and damage to state and local roads."

"Service follows demand," Lloyd said. "If there was demand to return service on that line, we would do it."

"There's much more opportunity out there, and they've squelched some of their opportunity, and they need to take another look at their business plan," Tiffany said.

Tiffany said the state should consider funding infrastructure improvements such as railroad bridge enhancements that could make the lines more profitable. Such a proposal, he said, would need to be tied to some strict requirements on CN’s side, such as minimum service requirements.