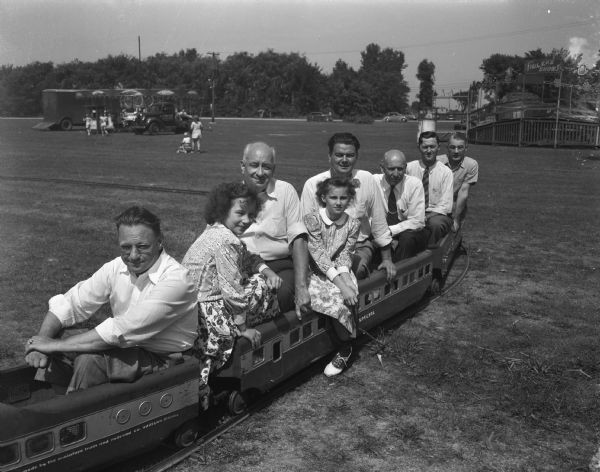 For Labor Day, A Look At Wisconsin's Labor History 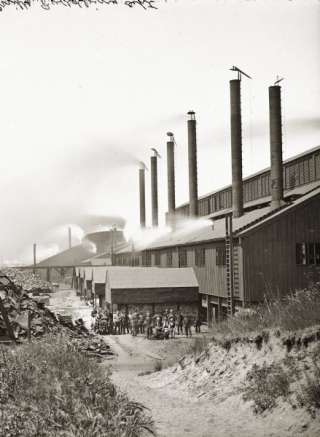 Labor Day traditionally marks the last weekend of summer (though many kids have already started school). But it’s also, of course, a day to remember and celebrate the accomplishments of the labor movement with parades, picnics and, as the above photo demonstrates, rides in little trains.

The growth of manufacturing and industrialization in Wisconsin and the rest of the nation caused workers to see themselves as a distinct group and led to the rise of organized labor in the 19th century.

But Wisconsin workers pursued a slightly different path within the national labor movement, pushing for state legislation first rather than leading with strikes and boycotts. Wisconsin workers also organized by industry rather than the national movement’s efforts to organize workers by skill, which sometimes left less-skilled workers without a union in other parts of the country.

The state’s first unions formed in Milwaukee: bricklayers in 1847 and then carpenters in 1848. The Knights of St. Crispin, a union for shoemakers, formed in 1867 and it soon became the largest union in the nation.

Despite the drive for legislation, strikes did happen. The Ship Carpenters and Caulkers Association organized the first successful strike in 1848. These early strikes were mostly over low wages, irregular payment, and the hiring of unskilled labor, often women, African-Americans and immigrants.

The effort to reduce the workday to eight hours intensified labor agitation across the nation in the late 19th century. At the time, the average American worked 12-hour days, often seven days a week. Children toiled in mills, factories, lumber camps and mines. Workers in Milwaukee led marches and strikes to force employers to adopt the eight-hour day.

This agitation came to a head in May 1886 when strikers in Milwaukee managed to shut down all but one industrial plant – the Bay View Rolling Mill. Demonstrating workers were met at the plant by the state militia called out by the governor to quell the unrest. The troops opened fire on the unarmed crowd. Seven people died in what has become known as the Bay View Massacre.

The idea of a holiday celebrating workers began to gain steam in the late 19th century as well. In 1882, 10,000 workers in New York City took the day off, unpaid, to march from City Hall to Union Square, on September 5. The idea of a holiday caught on in other cities and Labor Day became an official federal holiday in 1894.

Labor also became worthy of study around this time. University of Wisconsin economist John R. Commons set out to document the history of labor around the turn of the 20th century, pulling from a broad range of fields, including history, sociology, psychology and law to tell the story of working people. Commons didn’t just write the history, though; he also helped make it by drafting social welfare, economic and labor policy that regulated workplace safety, among other measures, and gave Wisconsin a national reputation for labor reform.