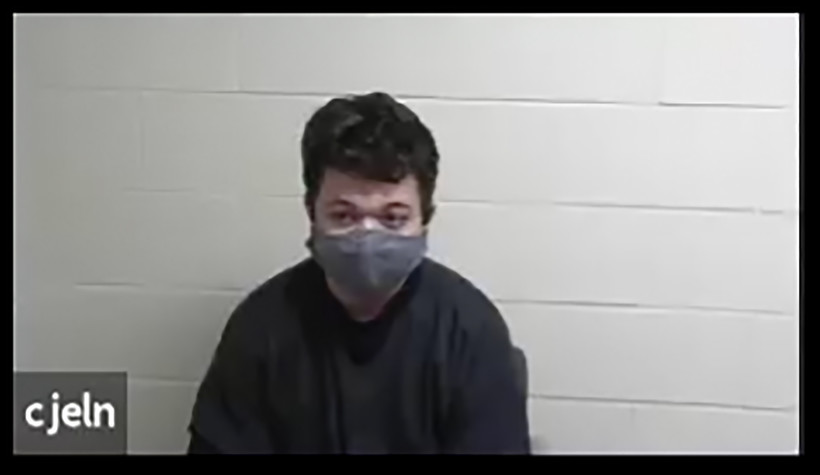 As Kyle Rittenhouse Fights Homicide Charges, Some Conservatives Portray Him As Hero

Rittenhouse Is Charged With Killing Two Protesters In Kenosha On Aug. 25
By Shawn Johnson
Share:

What happened on the night that Kyle Rittenhouse is charged with killing two protesters in Kenosha will eventually be hashed out in court, but right now, a full-scale public relations blitz is underway by some of his supporters.

Lawyers for Rittenhouse, a 17-year-old from Antioch, Illinois, told an Illinois judge Friday that they would fight extradition charges to Wisconsin.

His defense is being funded with the help of a new group called the #FightBack Foundation, which said it’s raised about $2 million for Rittenhouse. The group's chairman is Lin Wood, a prominent attorney who made a name for himself representing Richard Jewell in the 1996 Olympic bombing case.

A separate fundraising effort hosted on a website called GiveSendGo, which bills itself as the "#1 Free Christian Crowdfunding Site," said it has raised more than $500,000 for "Friends of the Rittenhouse Family."

Rittenhouse traveled to Kenosha on Aug. 25, two days after Kenosha police shot Jacob Blake, a Black man, in the back multiple times. The city had erupted into protest following Blake’s shooting, and multiple buildings had been burned.

Rittenhouse, a lifeguard and vocal supporter of police, said he was there to protect a local business and offer medical help if needed. He walked through the crowd that night with an AR-15 rifle strapped to his chest.

What happened that night is disputed, but the #FightBack Foundation has released a dramatic video that tells Rittenhouse’s side of the story. It’s a compilation of cell phone footage from the night of the shootings.

The video looks and sounds like a movie trailer, and the narrator speaks of Rittenhouse being "sacrificed" by politicians.

"But it's not Kyle Rittenhouse they're after," warns the narrator. "Their end game is to strip away the Constitutional right of all citizens to defend our communities, our personal property, our lives, and the lives of our loved ones."

"What's it coming to in these liberal cities when teenagers have to go out there to try to provide aid?" asked Bondi.

"But it has nothing to do in the first instance with being the hero," Strang said. "It has everything to do with whether you'll be held responsible for killing other people or you won't."

Huber's surviving partner, Hannah Gittings, is among a group of plaintiffs who last week filed a civil lawsuit against Rittenhouse and a Kenosha militia group. In a YouTube clip, she talks about Huber.

"He did not deserve that," she said in a YouTube interview from late August. "He was a good human being."

The plaintiffs are also suing Facebook for publicizing the militia group's call to arms.

Rittenhouse's lead attorney is John Pierce, who told the conservative news site Breitbart that his client had a God-given right to be in Kenosha that night.

"I will tell you, and there's no doubt about this, that every law-abiding American showed up in the city that they love with an AR-15, the chaos would stop immediately," Pierce said.

The Rittenhouse case aside, University of Arizona sociology professor Jennifer Carlson said it does appear more people are embracing violence as a solution in 2020.

Carlson, who authored a book called "Policing The Second Amendment," has researched gun politics for the past decade. In interviews with gun sellers this year, she's found more people who feel like institutions have broken down. Instead of the ballot box, they're turning to boxes of bullets.

"People are beginning to really think that we have reached the point of no return with regard to violence," Carlson said. "And whether we have or not, if people believe that we have, that is very troubling."

Kyle Rittenhouse remains in custody in Lake County, Illinois. He's due back in court on Oct. 9 for another hearing in his extradition case.