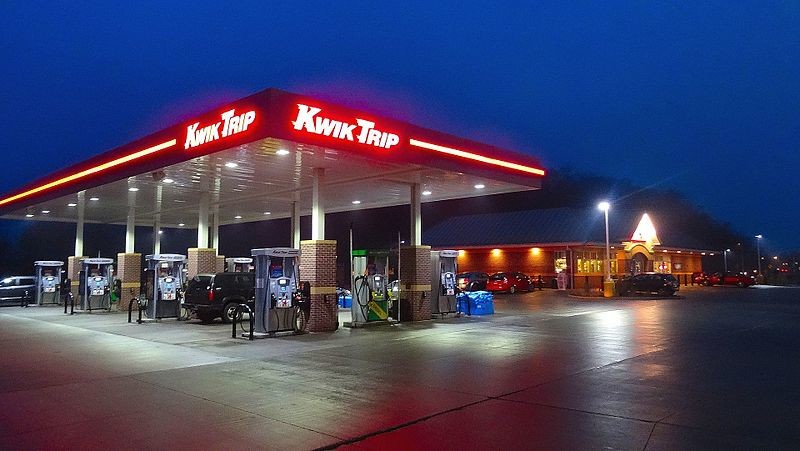 John McHugh, director of public relations at Kwik Trip, said the purchase is part of the company's five-year plan to expand across the Midwest.

"We think northern Illinois certainly represents some options for us. At some point in time, the Upper Peninsula of Michigan certainly could be some options," McHugh said. "So yeah, we're looking at a much larger growth strategy adding close to 50 new stores a year for the next many years."

Currently, Kwik Trip owns and operates more than 700 locations in Wisconsin, Minnesota, and Iowa. Stop-N-Go has 36 locations across southern Wisconsin and northern Illinois. Kwik Trip's purchase of the chain would mark the company's first entrance into Illinois.

Like Kwik Trip, Stop-N-Go is a family-owned business. The company was founded in 1963 by Duane and Olympia Bowman.

"When selecting the right buyer, it was important for us that the Stop-N-Go brand be continued," Andrew Bowman, owner and CEO of Stop-N-Go said in a statement. "All of us at Stop-N-Go have a great deal of pride and sense of accomplishment because our efforts built a brand worthy of continuing under the new ownership of Kwik Trip."

Kwik Trip expects many of the stores to operate under the Stop-N-Go brand, but a number of the larger stores will be remodeled and rebranded as Kwik Trip stores.

Hart Posen, a professor who specializes in retail strategy at the University of Wisconsin-Madison's School of Business, said Kwik Trip's expansion in the Midwest can be attributed in part to its unique model. The company owns many parts of its own supply chain, like dairy facilities and bakeries. Posen said while this model has been part of the chain's success, it also means that when the company expands, it's likely to happen locally.

"So if Kwik Trip wants to grow, it really can't decide 'We're going to grow dramatic(ally), we're going to grow in the Southwest of the U.S.' because it's far too far from its production of bakery goods and other things that are so critical to its business," Posen explained.

Kwik Trip also acquired 34 PDQ Food Store locations, a convenience store chain based in Middelton, in 2017. The deal with Stop-N-Go is slated to be finalized in early December 2020.