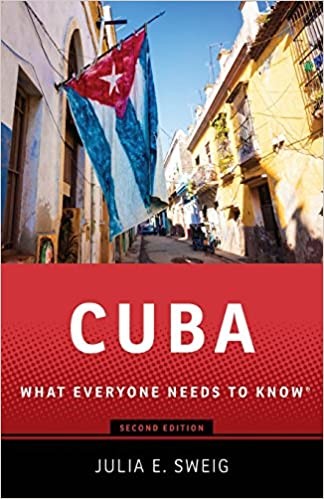 To Know Cuba Music Is To Love It

A Worthy Read For An Excursion To The Island
By Jonathan Overby
Share:

From time to time, I've shared my love for Cuba, its people, and especially the island's music. In many ways, a profoundly rich music steeped in sacred traditions linked to Africa. In 2007, I found myself staring at the television at the airport while waiting for a plane during one of my excursions abroad. CNN was featuring a special on the Cuban legendary singer, bandleader, and arranger, Benny More.  I was enthralled by what I learned about his life, and the historical influence he had on Cuban and North American music.

It took me nearly a year to figure out how to travel to Cuba (legally).  In time, I had all the credentials needed for an extended visit.  Those two sweltering weeks were transformative, and I've not been the same since. To date, I traveled to Cuba a half dozen times.  Some to conduct independent research on music. Others as a host for Cuban music enthusiasts. Over the years, I've collected many superb recordings that I've aired on the show.  My appetite for all things Cuban includes stockpiling my study with several books and travel guides on Cuban music and culture.

The first one was "Cuba - What Everyone Need To Know" by Julia E. Sweig.  It is a solid read and answered a good number of actual questions I had in preparation for the trip.  Sweig's expert insight provides scholarly and practical information that is well worth reading and studying.

"From Book 1: On February 17, 2008, Kosovo declared its independence, becoming the seventh state to emerge from the break-up of the former Yugoslavia. A tiny country of just two million people, 90% of whom are ethnic Albanians, Kosovo is central-geographically, historically, and politically-to the future of the Western Balkans and, in turn, its potential future within the European Union. But the fate of both Kosovo, condemned by Serbian leaders as a "fake state" and the region as a whole, remains uncertain. In Kosovo: What Everyone Needs to Know, Tim Judah provides a straight-forward guide to the complicated place that is Kosovo. Judah, who has spent years covering the region, offers succinct, penetrating answers to a wide range of questions: Why is Kosovo important? Who are the Albanians? Who are the Serbs? Why is Kosovo so important to Serbs? What role does Kosovo play in the region and in the world? Judah reveals how things stand now and presents the history and geopolitical dynamics that have led to it. The most important of these is the question of the right to self-determination, invoked by the Kosovo Albanians, as opposed to right of territorial integrity invoked by the Serbs. For many Serbs, Kosovo's declaration of independence and subsequent recognition has been traumatic, a savage blow to national pride. Albanians, on the other hand, believe their independence rights an historical wrong: the Serbian conquest (Serbs say "liberation") of Kosovo in 1912. For anyone wishing to understand both the history and possible future of Kosovo at this pivotal moment in its history, this book offers a wealth of insight and information in a uniquely accessible format."