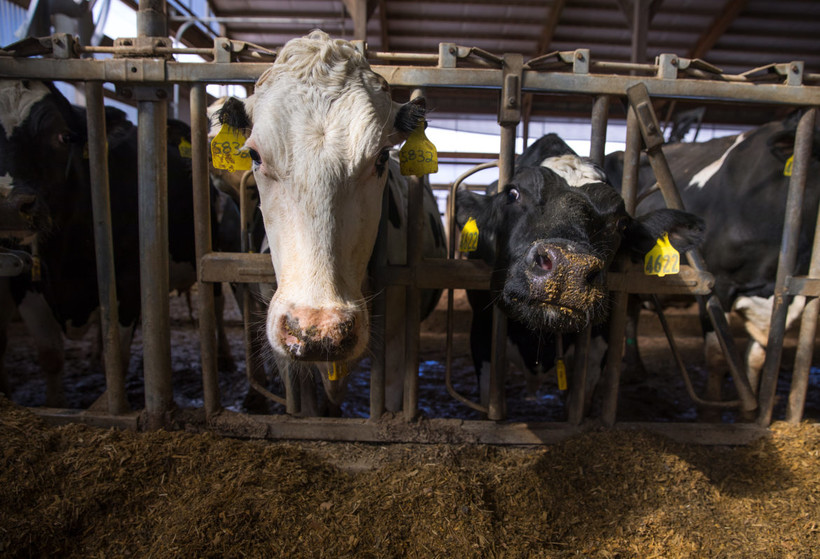 El Na Farms Is In Area With Many Existing Contaminated Wells
By Patty Murray
Share:

A Kewaunee County dairy farm has been given the go-ahead from the Wisconsin Department of Natural Resources to more than double the size of its operation. But it's situated in an area with shallow topsoil, where residents are already dealing with contaminated wells.

The 1,600-head El Na Dairy in Lincoln is located in the karst geology district, which is characterized by shallow topsoil and porous rock. Many private wells in the area have been rendered useless for human consumption due to nitrates and bacteria. Some of the contamination is from humans but the vast majority by animal waste.

El Na is classified as a concentrated animal feeding operation, or CAFO. CAFOs are defined not by the head of cattle or other animals on site, but by the amount of manure they produce.

"It doesn’t necessarily mean they’re going to get to that target — this proposed expansion, which I think is just shy of 6,000 animal units," he said. A mature dairy cow, said Baeten, is equal to 1.4 animal units.

Baeten added that El Na didn't follow up on another increase in the last permit application process.

"They had that same proposed expansion in their last permit process. Maybe it was commodity prices or something like that (that) didn't allow them to do their expansion," he said.

As with other CAFOs, El Na spreads manure on its land and contracts with nearby farmers to have it spread on theirs.

University of Wisconsin-Oshkosh professor of hydrogeology, Maureen Muldoon, said the Karst region in northern Kewaunee County is one of the worst places to spread high concentrations of manure.

"The town of Lincoln, the town of Red River, and the town of Casco are the towns that have the worst problems," she said.

Muldoon added that nitrate and bacteria runoff are most damaging after a snowmelt or a heavy rain. She said Wisconsin’s Pollution Discharge Elimination System Permit regulations can’t be changed without Legislative approval.

El Na Farms did not return a request for comment.