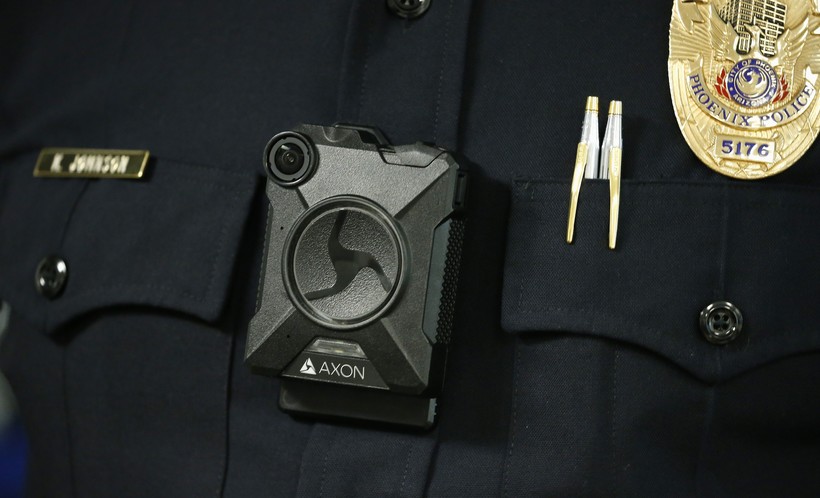 Kenosha DA: The Significance Of Not Having Body Cameras Was Immense

City Of Kenosha Passed On Body Cameras 3 Years Ago
By Corrinne Hess
Share:

The five-month investigation into the Jacob Blake shooting in Kenosha would have been easier had the officers involved been wearing body cameras, Kenosha County's district attorney said.

In his report on the shooting, Kenosha County District Attorney Michael Graveley detailed the need for the cameras, stating the review of the case relied heavily on cell phone videos. On Tuesday, Graveley announced he wouldn't charge any of the Kenosha officers involved in the August 2020 shooting of Blake because there wasn't sufficient evidence to get a conviction.

Blake, a Black man, was shot in the back seven times by Officer Rusten Sheskey, who is white. Sheskey and two other officers were trying to arrest him for an outstanding sexual assault warrant. Blake is now paralyzed from the waist down.

"Though this cell phone video is extremely important evidence, it did not capture the entirety of the interaction between the involved officers and Jacob Blake," Graveley’s report said.

In November, months after the Blake shooting, the Kenosha City Council re-approved purchasing 175 body-worn cameras and up to 60 in-car cameras for police vehicles. The council had approved the purchase three years ago, but put it off, because of cost.

Kenosha is the third largest police department in the state. Graveley said, the community should demand all law enforcement officials wear body cameras.

"I believe and certainly think it is absolutely appropriate for the community to insist (on) body cameras in a position where an incident like this will not happen again without it being fully recorded and everyone being held fully accountable," he said.

Local government across Wisconsin pledged to review their use of force policies and some have invested in body cameras since George Floyd was killed in Minneapolis, sparking Black Lives Matter protests across the world throughout the summer.

In Wauwatosa, a suburb of Milwaukee, the Common Council approved 120 body cameras for police officers by the end of 2020.

The City of Green Bay will begin providing body and dashboard cameras, tasers, software and training for the Green Bay Police Department this year.

But larger cities, like Madison, still don’t have body cameras.

James Palmer, the executive director of the Wisconsin Professional Police Association, said the Madison police union and prior administration has supported it, but some community groups don’t like the idea. Palmer said he supports cameras, because they protect law enforcement and the public by providing more information.

But cost, storage, and until recently navigating open records laws, have been a major issue.

"Not only the cost of the equipment themselves, but the technology needed to store all the evidence," Palmer said. "Initially there was a reluctance to implement because there wasn’t any law on the books to provide any guidance on how long the data should be retained."

During the last legislative session, a bipartisan bill was passed establishing uniform regulations and guidelines for the use, maintenance and storage of body-worn cameras and the data they collect.

All camera data must be kept for at least 120 days. If video data records an encounter that results in death or physical injury, a custodial arrest, a search during an authorized temporary questioning, or a law enforcement officer’s use of force, it must then be retained until the investigation, case, or complaint is completed.

In Kenosha, Graveley said the significance of not having body cameras was immense.

"Were it not for the two people who captured cell phone video of this officer involved shooting, there would have been literally no relevant video or audio recordings of this event," Graveley’s report said. "In 2020, we should not have to rely on the happenstance of citizens recording on their cell phones in order to have some video/audio record of an incident of this significance."