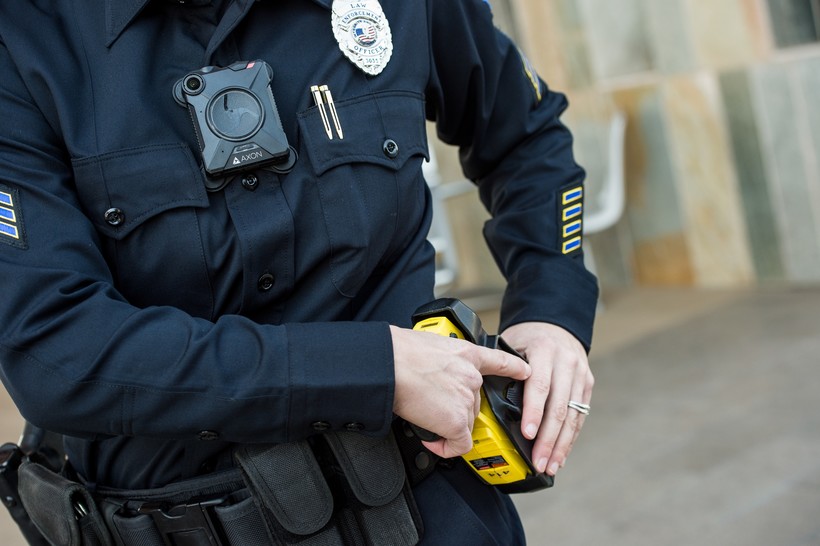 Green Bay's common council approved plans to enter into a contract with Axon to supply body cameras, tasers and other equipment to the police department. Photo courtesy of Axon

Green Bay Police Will Get Body Cameras With Help From Packers

Team Will Commit More Than $750K To Initiative
By Megan Hart
Share:

In 2021, the city will enter into a five-year contract with supplier Axon to provide body and dashboard cameras, tasers, software and training for the Green Bay Police Department. The Green Bay Packers will chip in $757,389 — enough to cover costs for more than a year. In total, the plan costs $2.7 million.

The decision comes at the end of a year marked by social unrest sparked by multiple high-profile police shootings. The Packers canceled a practice after Jacob Blake was shot by police in Kenosha and created a video in support of the social justice movement that swept America this summer.

"In conversations with our players, community partners and elected officials, we determined that supporting this purchase would complement our many other efforts to address injustices in our communities of color," team President and CEO Mark Murphy told Packers.com.

"This is something that protects not only the citizens but also the police who are serving, and so I’m really hoping that this can move forward as quickly as possible and that it stays transparent with these cameras are on at all times, from the time your shift starts until it ends," said resident Kellie Delveaux.

Green Bay Police Chief Andrew Smith said there’s support within the department for bringing in cameras. He noted Appleton and Oshkosh, along with other communities across the country, have body camera policies Green Bay will look to as it crafts its own.

"There will be consequences for officers who don’t put their camera on when they’re supposed to be on," he said.

The #Packers have teamed with the city of Green Bay to support the Green Bay Police Department’s purchase of public safety technology, which includes body cameras, that will greatly enhance its everyday operations in protecting the community.

About five years ago, the Green Bay Police Department looked into purchasing body cameras, but they were too expensive, Smith said.

And while the council ultimately supported the proposal, there was considerable discussion about how it would be paid for. The city’s finance committee met earlier this month but offered no recommendation on whether to approve the plan for body cameras.

"We had a very robust discussion about this, and I did not get the impression that anyone was opposed to the officers having the cameras. The concern had been financing it," said finance committee Chair Barbara Dorff.

Dorff said she’s grateful for the contribution from the Packers. At the time of the finance committee meeting, the size of their gift was unclear.

"They were extraordinarily generous," she said.

Axon is an industry leader, Smith said. He’s most excited about giving officers the opportunity to watch and learn from footage collected by the cameras, he said in a video shared by the Packers.

"There’s no better way to learn than to watch yourself actually go through situations," LaFleur said. "We use video obviously every day in practice, and we review that video with our players, and sometimes there’s things that happen out there on the field that you don’t even realize until you go back and watch the video."