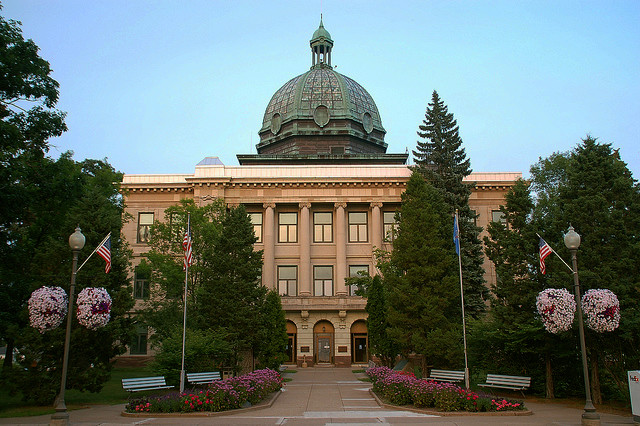 An Oneida County judge has ruled that a northern Wisconsin man shouldn't be denied a concealed carry permit for his gun, despite the fact he has a domestic violence conviction on his record.

Last week, Judge Patrick O'Melia ordered the Wisconsin Department of Justice (DOJ) to grant Raymond Von Bober a concealed carry permit, despite the fact that Von Bober had been convicted of misdemeanor disorderly conduct in 1995 after pushing his wife during an argument.

Van Bober's attorney Mark Maciolek said the judge gave the order because there was no transcript of the original plea; therefore, it wasn't clear whether the conviction triggered the federal gun ban for anyone with a domestic violence conviction.

“The judge concluded was that there was no way to tell if my client had admitted to engaging in violent conflict or if he'd admitted otherwise disorderly conduct,” said Maciolek.

The ruling demonstrates a loophole in the domestic violence gun ban, according to Tony Gibart of End Domestic Abuse Wisconsin. Gibart said disorderly conduct is the most common domestic violence charge, and violent conduct is often pled down to a misdemeanor charge. He said keeping guns out of the hands of domestic abusers is complicated because it involves enforcing both state and federal law.

“They don't interact with each other perfectly — it's not a perfect fit,” said Gibart. “So you have these kinds of cases that depend on transcripts that are many years old or are no longer available.”

The state DOJ has not decided yet whether it will appeal this ruling or simply issue Van Bober the concealed carry permit he applied for.