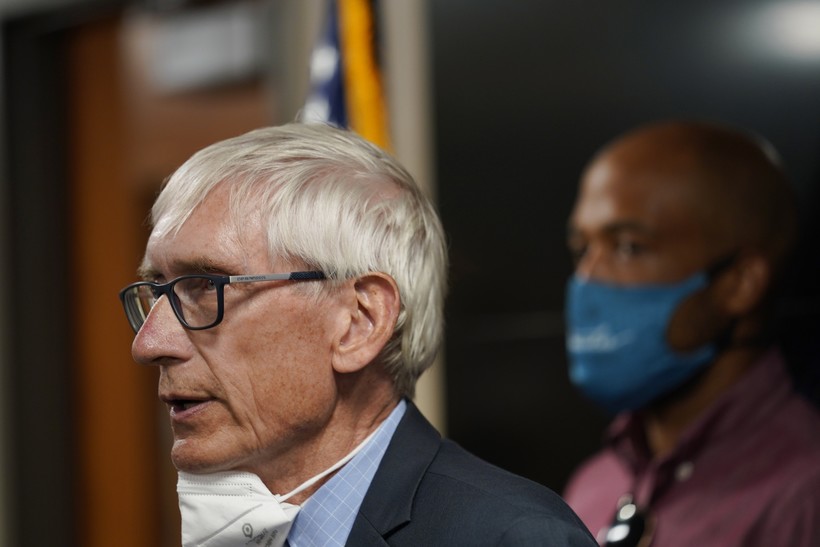 A judge in Waukesha County has temporarily blocked the state from going through with its planned release of data going back to May about which Wisconsin employers had at least two cases of COVID-19.

The order comes in response to a lawsuit filed Thursday seeking to prevent the state from releasing that data by the state's largest business group, Wisconsin Manufacturers and Commerce, in conjunction with chambers of commerce in Muskego and New Berlin.

Gov. Tony Evers said shortly after the lawsuit was filed that his administration has received multiple open records requests to release that information, and that attorneys for the state have said it would be a legitimate release of data.

"We have an obligation to the public to obey the law in that area," Evers said, "and we will be releasing (that data) to the people in the media that have asked for that information in the very near future."

According to WMC, the data could have been released as early as Friday. Their lawsuit was filed Thursday afternoon.

The lawsuit argues that revealing that information would violate the privacy of COVID-19 patients.

"The statutes make it clear that if you release the name of a patient's employer, that allows for that patient to be identified," said Ryan Walsh, WMC's attorney. "That is a violation of that patient's privacy rights."

WMC also pointed out the potential harm to businesses, saying in the suit that the release of those businesses' names "will falsely create the impression that the businesses at issue are somehow dangerous" even though some may not have had positive cases for months.

In a release about the lawsuit, WMC noted that Evers had previously said that information was private, and should be kept so.

"Nobody envies the governor, he has a lot on his plate," said Walsh, "but unfortunately this particular issue has not been handled well."

Evers was fielding questions about the lawsuit during a media briefing on COVID-19 immediately after the suit was filed, and stressed that he had not yet seen it and therefore couldn't comment on the specifics of WMC's concerns.

Evers said the information would be released directly to the people who have filed requests for it, not publicized on a dashboard like much of the state's other information about COVID-19.

To Walsh, though, whether it was publicized by a dashboard or released to journalists was "a distinction without a difference."