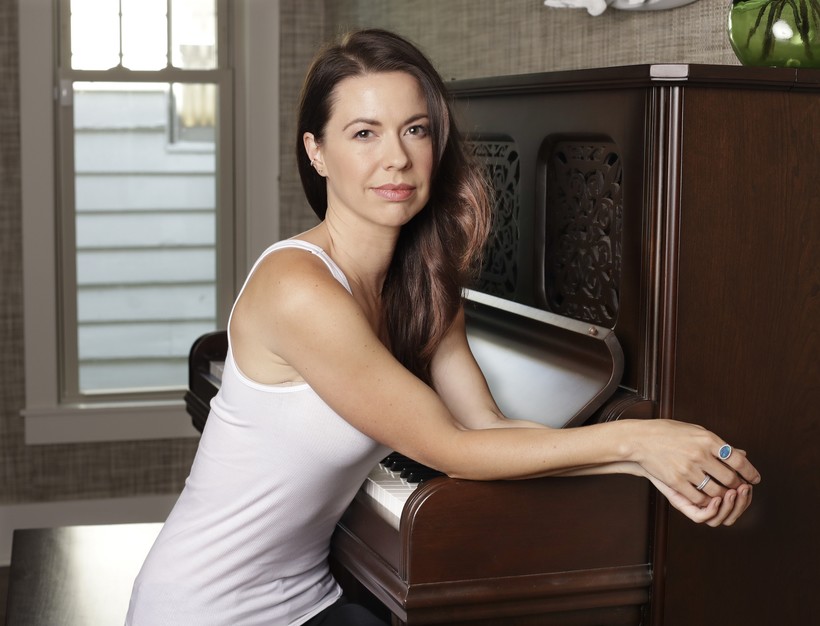 Joy Williams’ 2019 album, "Front Porch," is a rich but stripped-down acoustic journey through personal struggles and relationships. This "Simply Folk" favorite starts out with the song "Canary," in which Williams proclaims her commitment to looking honestly at life:

There’s madness in the cavern

A darkness that can blind

And when it’s every man for himself

No one’s getting out alive

But I will not shut my eyes

Oh I will not fall silent

Canary in the mine

Having collaborated with other writers with all the songs on the album, Williams follows "Canary" with the album’s title track, "Front Porch." In an interview earlier this year with The Boot, Williams said that phrase captured the feel she wanted for the whole album:

"So when I went in to write with these co-writers, this band of really golden souls, I would tell them honestly that my whole guardrail for this is, 'If I can't play it on a front porch, it's probably not for me.' That's when, halfway through my writing process, the great Liz Rose was like, 'Have you written a song called "Front Porch" yet?' (Laughs.) Which I had not, up to that point."

If never you find what you’re looking for

Come on back to the front porch

Say my name through the screened door

Come on back to the front porch

Whatever you done, it doesn’t matter

Cuz darlin’ we’re all a little splintered and battered

But the light is on, what you waiting for

Setting a foundation of honesty and safety with these first two songs, Williams goes on to explore personal relationships and their triumph and struggles in songs like "When Does a Heart Move On," and "All I Need," which proclaims "I may not have everything I want, but I got all I need."

The production values are high on this album, and the back-up musicians excellent, in particular harmony vocals by Anthony da Costa. The rich acoustic arrangements serve to highlight Williams’ voice throughout the CD. That’s particularly evident on the song "No Place Like You," where she ranges from a raspy growl to pure high tones.

While romantic relationships figure prominently in the album’s lyrics, a standout track is Williams’ song for her father, "Preacher’s Daughter." Living now in Nashville, Williams moved there from California after Roger Williams passed away.

After starting the album off with a declaration of honesty, Williams wraps it up with the song, "Look How Far We’ve Come" as if to say that this personal journey has been hard but worth it.

All the battles we’ve won

All the burdens we’ve lost along the way

We got miles left to run

And we’ve only just begun