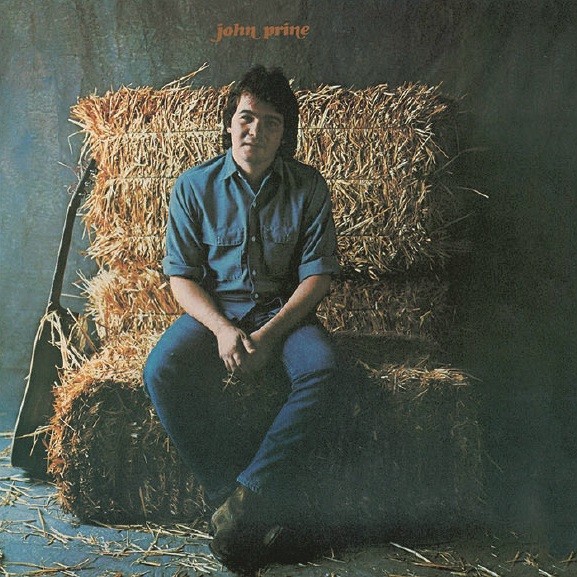 John Prine: The debut album that introduced a songwriting master

On April 7, 2020, John Prine died a victim of the COVID-19 pandemic after a storied career as a singer/songwriter. His first album, John Prine, released in September 1971, marked the beginning of Prine's long musical journey. But Prine's start as a talented songwriter began years before that in Maywood, Illinois.

The book series 33 1/3, which features various albums and artists from popular music genres, has just come out with "John Prine's John Prine (33 1/3)," a book about the history leading up to Prine's debut album by music journalist Erin Osmon. Osmon talked with WPR's "BETA" about the brilliance of Prine's songwriting and how he could write such memorable songs.

"I think he did it because he kept it simple. When we think about great Midwestern songwriters, of course Bob Dylan comes to mind. But you know, many people compared Prine and Bob Dylan when Prine's self-titled album came out," Osmon said. "But with Prine, there was such a sense of simplicity and modesty. Prine never wanted to alienate the listener. On the contrary, he wanted to invite as many people as possible. That's why he wrote such simple yet profound statements through his lyrics."

Later Tate, and other instructors at OTS founded a club called the 5th Peg right across the street from the Old Town School, which is the first place Prine appeared on stage. One night a young arts critic from the Chicago Sun-Times, by the name of Roger Ebert, happened into the 5th Peg and caught Prine's set.

"(Ebert) was the local arts critic, and he hung out at the bars in Old Town, ordering beer and shot specials and hanging out with folks like Shel Silverstein and Studs Terkel. Roger had gone to see a film to potentially review, and he thought it was so rotten that he walked out. So he walked down to the 5th Peg and happened upon Prine. He didn't write about music that wasn't his beat. But after Ebert saw Prine's set, he felt moved enough to share the news of a new local talent," Osmon recalled. "And from there, all of Chicago took notice because Roger was a respected critic by then. He was a Chicago personality, and that made Chicagoans take note. After Roger's review, folks started trickling in. They wanted to be at the feet of the singing mailman."

Later, Prine's good friend Steve Goodman introduced him to Kris Kristofferson and Paul Anka. After hearing a set from Prine, Anka encouraged the pair to come to New York and record some demos. Once in New York, things moved very quickly for Prine.

"Steve and John got off the plane, and they picked up a copy of the Village Voice at the airport and saw that Kris Kristofferson was playing at the Bitter End that night. So, they headed to Greenwich Village to go check out the set. When they got there, Kristofferson saw them in the street, came over, and said, 'You guys got to open for me.' So, he insisted that Steve and John each do a couple of songs to open. But what he didn't tell them — and I don't know if it's because he didn't know or because he just didn't want to freak them out — but that night there were label representatives in the audience," she said.

"What ended up happening is Jerry Wexler from Atlantic Records was in the audience at the Bitter End, and he decided to sign Prine," Osmon continued. "It was their first folk artist signing. And it happened because of Kris Kristofferson's generosity."

Once signed to Atlantic records, Prine was sent to Memphis to record his first album at American Sound Studios. The band for the recording was a studio session group called the Memphis Boys, the Memphis equivalent of the Los Angeles session band, the Wrecking Crew. The Memphis Boys played a prominent role in shaping the sound for Prine's debut album.

"They know that record labels hire them to make hits, and if they don't deliver on that, they fail. So, they work hard to service the songs that are given to them. The way they describe it is they play by feel and fall in together, trying to foster the music as much as possible," Osmon said. "They knew correctly that Prine's stuff was really about the lyrics. So eventually, they all kind of dove into the songs and paid close attention to the lyrics, trying to highlight the words as much as they could."

The album became an instant hit with songs like "Illegal Smile," "Hello In There," "Sam Stone," "Your Flag Decal Won't Get You Into Heaven Anymore," and of course, the classic "Angel From Montgomery."

Osmon writes about the history of Prine's musical beginnings right up to when his debut was released and how the importance of that record has grown, establishing Prine as one of America's great songwriters.