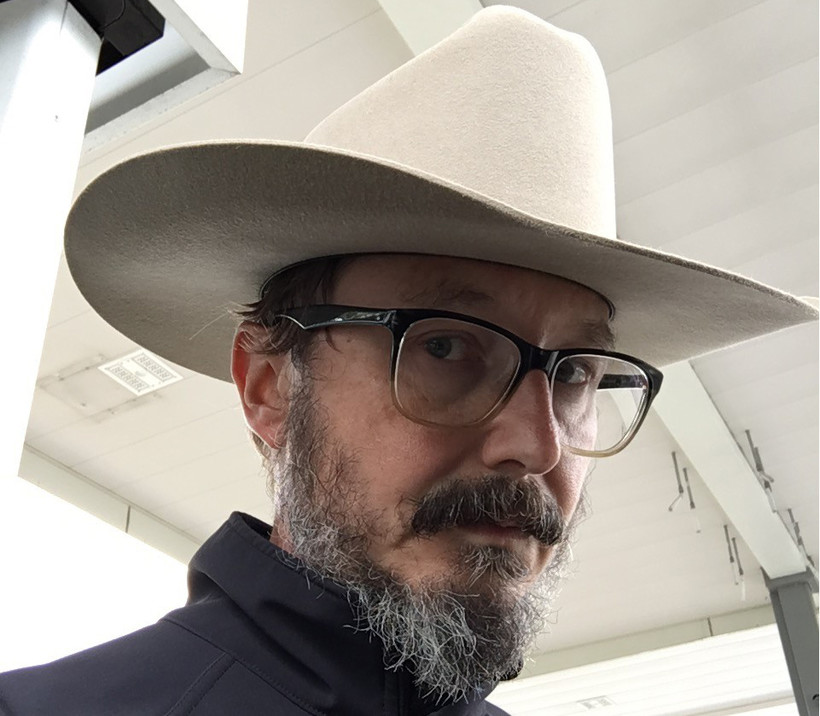 John Hodgman Retains His Status As A Wholly Original Voice

John Hodgman likes to poke fun at his status as a "minor celebrity" in today’s culture, but the truth is he continues to be one of the more original voices in comedy with his writing, performing and hosting.

Furthermore, Hodgman never expected to have a successful comedy career on television at all. The writer and humorist told WPR’s "BETA" he just had an incredibly fateful appearance on "The Daily Show with Jon Stewart" in 2005 while promoting his first book, the satirical history almanac, "The Areas of My Expertise."

"Anyone who has ever looked at my face will know that my on-camera career is wildly implausible. Basically, I went on the show to promote my book, and Jon kidnapped me and put me on television for the next nine years," Hodgman recalled.

The show’s reach and platform made Hodgman a recognizable face and name and opened doors to appearances and recurring roles in film and television (that even included the wildly successful Apple Mac campaign).

"This is one of the most recognizable — and rightly so — television shows in the nation, if not the world, and so I spent a lot of time being recognized," he said.

Hodgman’s latest book, "Medallion Status: True Stories from Secret Rooms," is a hilarious and heart-warming collection of stories that reflects on the improbability of his Hollywood career, the sacrifices he made to pursue it and grappling with the fickleness of fame once "The Daily Show with Jon Stewart" wrapped.

The collection’s title is a reference to the Delta Airlines loyalty program that Hodgman entered after logging countless miles for all of his work travel between New York and Los Angeles, but it also hints at something a bit more.

"People stopping me on the street saying, 'It’s John Hodgman' became a part of my life, and that was part of the way I came to understood how important and how powerful it is to be seen," Hodgman said. "So, medallion status becomes a metaphor for something bigger that I’m trying to explore in the book as well as just telling funny stories about my life."

Hodgman expresses a lingering bout of sadness and perhaps guilt at the impact all of his work travel had on his family. In an essay titled "Disney Jail," he recounts a trip to the "Happiest Place on Earth" that he set up to reward his children’s patience with his repeated absences.

"To pay for the time I spent away, in an attempt to regain their love, I took my kids to Disneyland," Hodgman jokes.

The piece jumps off from a conversation Hodgman has with an acquaintance that works as a cast member at Disney about the presence of an actual jail at the theme park. It ends demonstrating that when it comes to inventive comedy, the apple doesn’t fall far from the tree.

While the jail is designed for unruly customers, Hodgman and his son became fascinated with the concept. They quickly began posing hypotheticals to each other about what was the best way to land yourself in the Mouse’s clink.

"On a second floor window in Fantasyland, every now and then, an animatronic evil queen will part the curtains and look out over the land," Hodgman explained. "So, my son was like what if I go out into the middle of Fantasyland, crying 'Where’s my mommy? Where’s my mommy?' until some nice family goes, 'We’ll help you find your mommy.' And then my son will look up and point at that window as the curtains part and he goes, 'No, that’s my mommy!' That was my son’s joke! He’s 11 years old."

In "The Sport of Marble Kings" Hodgman writes about his affinity for "extinct hockey" teams and more specifically their logos and gear. He writes how he knew his celebrity was slipping because folks on the street were stopping him to ask about his retro Quebec Nordiques hat instead of "It’s John Hodgman."

Hodgman’s favorite extinct team is the old Hartford Whalers. Growing up in Massachusetts, Hodgman was familiar with and a fan of the team despite not liking sports (or having a significant appreciation of marine mammals).

"I came at it because the logo is so striking and beautiful and sort of late-'70s in its aesthetic and blocky and interesting and clean. So, basically I love hockey for graphic design reasons," he quipped. "Between the whale’s tale and the W that form the two main graphic images of the design, there is negative space that forms an H."

Hodgman claims this is the best logo not just in extinct hockey or hockey altogether, but in sports as a whole including the famous Milwaukee Brewers logo. He jokes that it’s the one sports bar fight he will gladly jump into, writing in his book:

"Yeah, I see the M and the B hidden in that baseball mitt. It’s obvious. It’s dumb. It’s nowhere near the clean, classic ingenuity of the Whalers logo."

While Hodgman is on television a little less these days, he’s still co-hosting the popular Judge John Hodgman podcast. On its surface, the podcast mines humor from people seeking Hodgman’s judgment on social conventions, etiquette and relationships. He jokes that even though his "justice is final" it is also "unenforceable."

"Instead, I try to coax out these conflicts that sometimes seem very superficial, but there is deep stuff behind them and generally encourage people to just talk to other human beings and hear their point of view," he said.