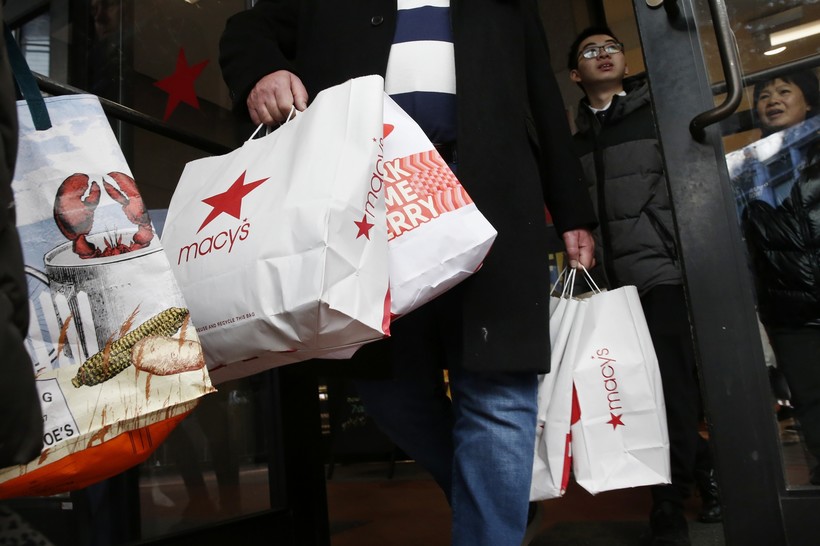 Amid inflation, shoppers are expected to spend more this holiday season

With higher prices, more spending may not mean more gifts this year
By Danielle Kaeding
Share:

Amid inflation and higher prices, shoppers are expected to spend up to 8 percent more this holiday season through December. But higher spending may not mean people are buying more gifts.

The National Retail Federation’s holiday spending forecast estimates retail sales will grow to roughly $960 billion this year. That’s coming off record sales last year when shoppers spent 13.5 percent more for a total of $889 billion as people avoided in-person shopping in 2020 due to the COVID-19 pandemic.

Thanksgiving weekend represents some of the biggest shopping days of the holiday season. The national retail trade group estimates more than two-thirds of holiday shoppers, or 166.3 million people, are planning to shop this weekend. That's an increase of roughly 8 million people from last year and the highest number of potential shoppers since 2017.

Despite higher turnout and sales projections, retail experts say that doesn’t necessarily mean people are getting more in return for every dollar spent.

"I'm not sure how many more goods will be purchased for that since those prices have gone up," said Jerry O’Brien, executive director of the Kohl’s Center for Retailing Excellence at the University of Wisconsin-Madison.

As food and gas prices have surged, the average consumer has less disposable income to spend on extra items like gifts. Purush Papatla, who co-directs the Northwestern Mutual Data Science Institute at UW-Milwaukee, said the projected sales increase is mostly due to higher prices rather than people buying more items.

"I think smarter consumers can still get quite a bit even with the same amount of spending because there are ways to increase the return on whatever you're spending even today," said Papatla, who is also a marketing professor with the Institute.

As a sign consumers are stretching every dollar, the National Retail Federation said shoppers are looking for deals this holiday season.

"We're hearing from consumers that they are looking for sales and promotions," Katherine Cullen, the federation’s senior director of consumer insights, said in a video statement. "They are shopping at different brands than they would otherwise, and they're also considering discount stores."

Papatla said shoppers will have to do their homework and compare prices to get the best deals. He noted large retailers like Amazon, Walmart and Target are continuously adapting prices based on the competition.

"You can’t just look at one point and say, 'These are the prices,' and assume that those are the best deals you can get," Papatla said. "You need to kind of see how the prices are evolving. And to help with that, there are apps."

For example, one app called camelcamelcamel tracks Amazon prices for products and alerts consumers when they drop. Companies like Amazon that focus on e-commerce may benefit this year as online shopping could grow up to 12 percent this year to $267.6 billion, according to the National Retail Federation.

As online sales grow, O’Brien with UW-Madison said in-person shopping is also expected to rise this year as COVID-19 mitigation efforts have lessened.

"I certainly think the big box or the shopping clubs will get a big part of people, again, searching for deals, and I really hope people will be going to their main street again," O’Brien said. "They really need it with (being) closed down at times over the previous years."

Almost 69 percent of around 7,700 people surveyed by the national retail trade group said they plan to shop on Black Friday this year. Papatla said that should be the best day for deals on TVs while Saturday should yield sales on electronics. He noted Cyber Monday is the best day for discounts on computers. Around 64 million people are expected to shop on Cyber Monday this year.

In the past, the federation’s Cullen said Thanksgiving weekend has been seen as a kickoff to holiday shopping.

"Now it's more of the halfway point, as consumers have realized that they enjoy spreading out their shopping budget and giving themselves a little bit more time to find some of those key gifts and other top items," Cullen said in a statement. "As a result, we've seen retailers adjust their strategies, whether that's closing on Thanksgiving Day or spreading out their Black Friday deals over an entire month."

Around 60 percent of shoppers have already started buying gifts this year, according to the national retail trade association. Shoppers may need more time to find the right gift this year as supply chain issues could still be leading to a lack of items.

"If you have a particular brand end item that you want to buy and you see it, I think you should buy it because it might not be a great year to wait as there might not be so much," O’Brien said.

On the other hand, Papatla noted delayed deliveries from last year’s supply chain glitches have resulted in higher inventories of last year’s items. Both Papatla and O’Brien said retailers are likely to get rid of their inventories rather than risk carrying it over into next year. As stores seek to unload items, shoppers may see less service if they’re buying in-person as retailers are having a more difficult time finding staff during the holiday season.