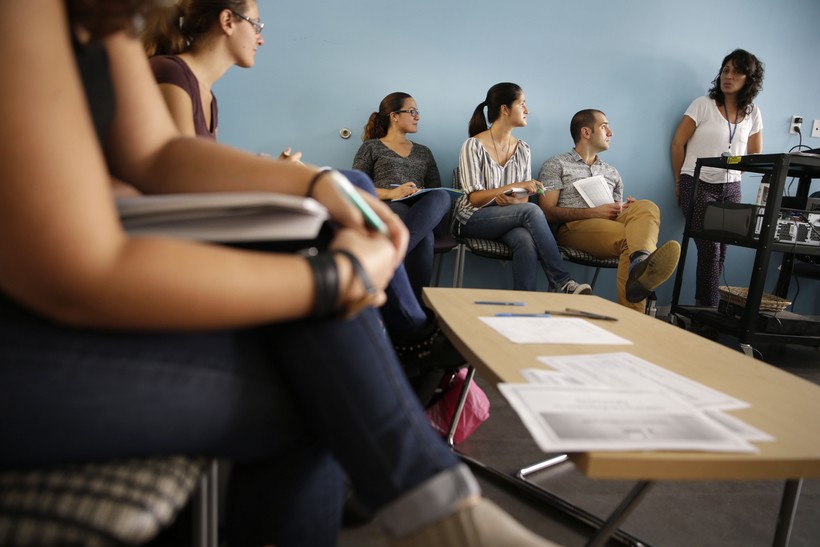 Anna Reyna, right, supervisor of the counseling department at The Door, teaches a class on adolescent development at the youth services organization, in New York. Seth Wenig/AP Photo

There’s the daily stress that comes with raising four kids and the added pressure she feels helping them adjust to their family’s recent move from Milwaukee to La Crosse.

But Alvarez said there's another kind of stress that has stuck with her for much of her life.

"My mother passed when I was pretty young, about 16," Alvarez said. "My sister was murdered a couple of years later and that brought on a lot of stress. It was like a totally different ball game for me."

She said stress from those traumatic events affected not only her mental health, but her physical health and her ability to make good decisions. 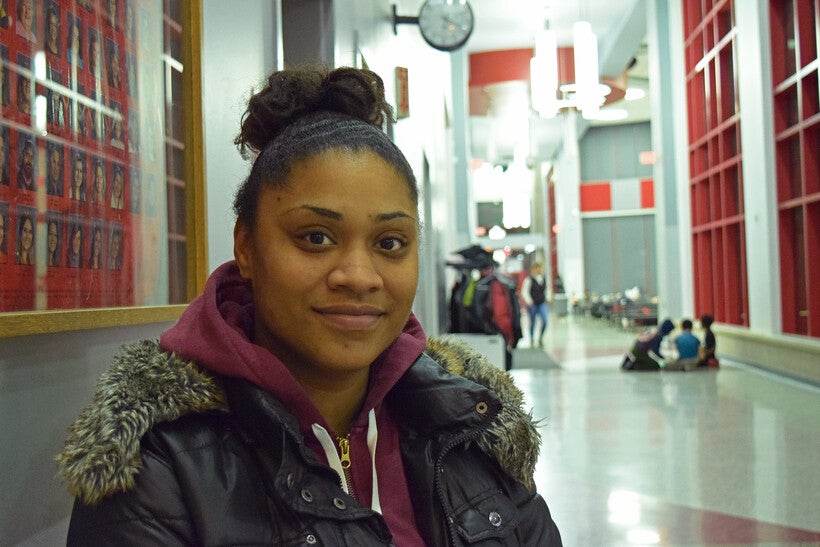 Melissa Alvarez was one of 21 mothers who attended a Better Together training on Dec. 18, 2019, at Northside Elementary School in La Crosse. Hope Kirwan/WPR

"You’re not able to think anymore, you’re not able to process things the way you normally would," Alvarez said. "You're going off of just feeling and it's so hard to like take a step back and like, 'Hold on, wait a minute, let me stop feeling real quick and let me process what's going on.'"

Alvarez said she's working to help her kids learn a healthier way to deal with their stress.

She's one of 21 moms who gathered at Northside Elementary School in La Crosse on Dec. 18 to learn more about how adverse childhood experiences, often called ACEs, may have impacted their lives and could impact the lives of their kids today.

It’s part of a training by Better Together, a program working to improve the mental health of youth in La Crosse County by educating the community about the impacts of trauma. The project is funded by an eight-year grant from the Advancing a Healthier Wisconsin endowment through the Medical College of Wisconsin.

The goal is to reduce the number of local high school students who report feeling sad or hopeless on the biennial Youth Risk Behavior Survey — a sign that they’re at risk of suffering from depression. In 2017, that number was 28 percent for La Crosse County.

"What we’re looking at is getting down into the roots of what caused those poor mental health days for our youth," said Bethany Thier, Better Together project coordinator. "Then at the resiliency science level, looking at what are the best strategies in order to build the resilience, build the coping skills of those youth. And one thing that the science is telling us is we really need to transform the lives of the adults to get to the youth."

Thier said it's the adults in a kid’s day-to-day life who can teach them healthy coping skills and reduce their stress levels — whether they’re a parent, neighbor, teacher or staff at an after-school program.

That’s why Better Together is providing training — for free — for anyone who is interested. Thier said 1,919 people have already participated.

And she hopes the project will lead to a culture shift in La Crosse.

"The more people who have this information and understand that the community is working on it, (they can) have that conversation when they go to church, when they go into their profession or with their family," Thier said. "We realize that we’re reducing (the) stigma of talking about those mental health issues or talking about trauma that the family might have had recently or in the past so that they can start to really work on those things for future generations."

"I want you to think about if you went to another country and you were trying to navigate their systems and you didn't understand what all the words meant or what all the things do," Dobrunz said. 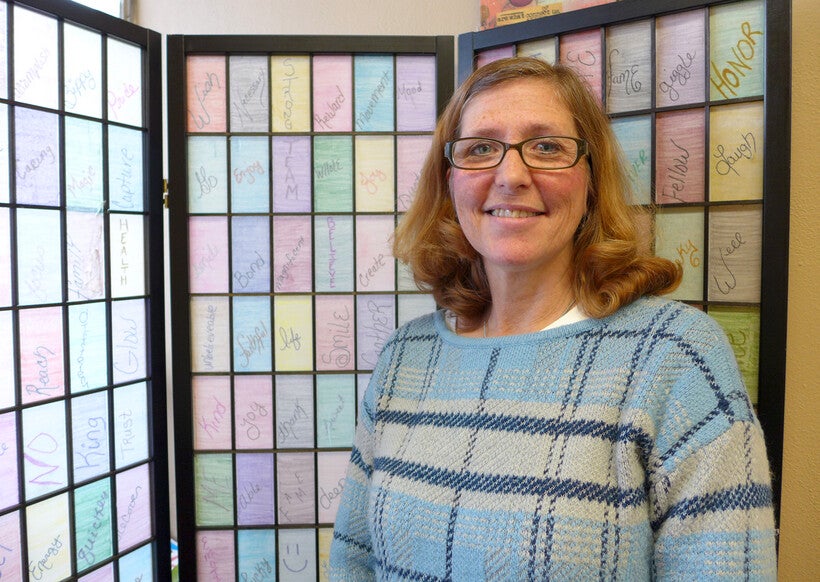 Deborah Dobrunz, a neighborhood social worker for La Crosse County, stands in front of a gift from one of the mothers she works with. Hope Kirwan/WPR

She said the Better Together training has given agencies a shared language to use with families, which can help make people reaching out for help feel more empowered.

"What we’ve needed to learn, since there's less money and more need, is how can we work collaboratively or more effectively as a system," Dobrunz said.

She said it will take more time and positive experiences for that change to trickle down to families.

"By becoming more understanding of the stressors and the brain science available so we can help people differently, families will see that immediately. They will seek out those that they feel safe with and want more help," Dobrunz said.

She’s doing her part by frequently talking to parents about their mental health and how it impacts their children.

Parents like Mariah Anderson, another mom who attended the Northside Elementary training.

Anderson said these conversations have made her pay more attention to how childhood trauma has impacted her life, especially as she studies for a career in human services. 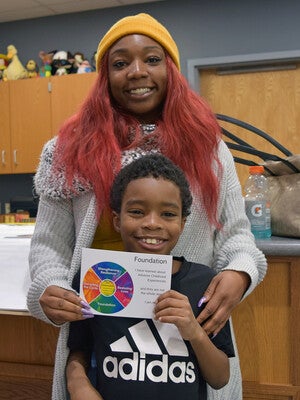 Mariah Anderson and her son Rashawn hold up a flyer from a Better Together training on Dec. 18, 2019, at Northside Elementary School in La Crosse. Hope Kirwan/WPR

"We learn more about mental health and those kinds of things, things that I didn't talk about on a regular (basis) going through high school and through childhood," Anderson said. "It actually was this year, being in college, like I'm like, 'Oh my God, so this is what depression is. I’ve been dealing with this for 20 years.' You know what I mean? And just having a name to put on those things."

Anderson wants her 8-year-old son, Rashawn, to have a different experience by talking about his mental health now.

She said she encourages him to talk about how he’s feeling with her or another trusted adult. And she plans to start asking him about the things that are causing him to feel stressed.

"I know it will be a lot different than what I would imagine stress to be — he’s probably going to be upset about Fortnite or something," Anderson said.

Even if it is a video game, she hopes the conversation will better prepare him to handle stress as he grows up.