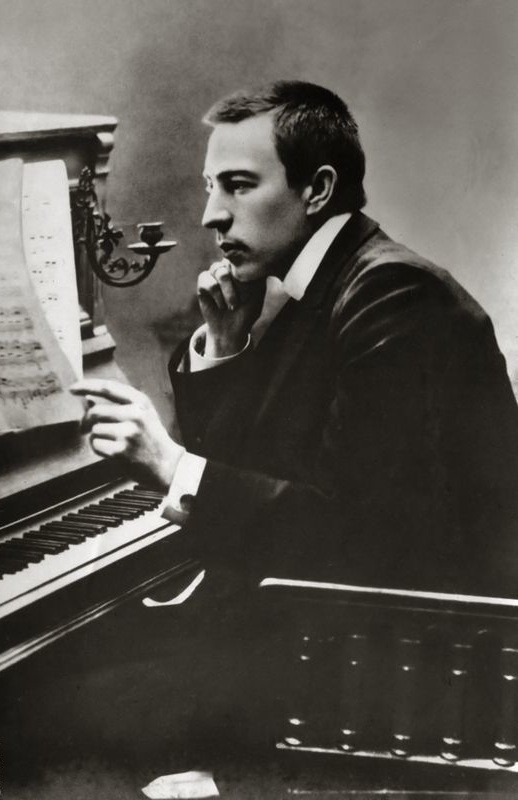 That first symphony can be intimidating for a composer.  Sergei Rachmaninoff was a long time recovering from his.

He was pleased with his symphony, confident to the point of arrogance.  He played a piano version for composer Sergei Taneyev, who expressed his displeasure with it.

Undaunted, Rachmaninoff sold it to a publisher for 500 rubles.  He was convinced that an entirely new path of music had opened up to him.

He took the symphony to St. Petersburg to be performed.  During rehearsals Rachmaninoff became painfully aware of two things.  The symphony was being played very badly and was, in the first place, full of flaws.  "Forgive me," said conductor Nikolai Rimsky-Korsakov, "but I do not find this music at all agreeable."

On March 15th, 1897, as the time for the debut approached, Rachmaninoff grew increasingly uncomfortable.  He left the artists' room and found his way to a fire escape where he huddled, trying not to hear his symphony in what he later called "the most agonizing hour of my life."  Occasionally he stuck his fingers in his ears, tortured by the discords he was hearing.  He kept asking himself,  "How is it possible?"

As the last chords of the symphony died out, Rachmaninoff fled horrified  into the street, and drove back and forth through wind and mist until he had calmed down enough to attend a dinner in his honor.  But all evening long he was aware above all of his shattered self-confidence.

The injury didn't end there.  Composer and critic Cesar Cui wrote in the St. Petersburg News: "If there were a conservatory in hell, Rachmaninoff would gain the first prize for his Symphony, so devilish are the discords he has dished up for us."  As a parting shot, he pointed out that the ill-fated symphony had been given the Opus number 13.