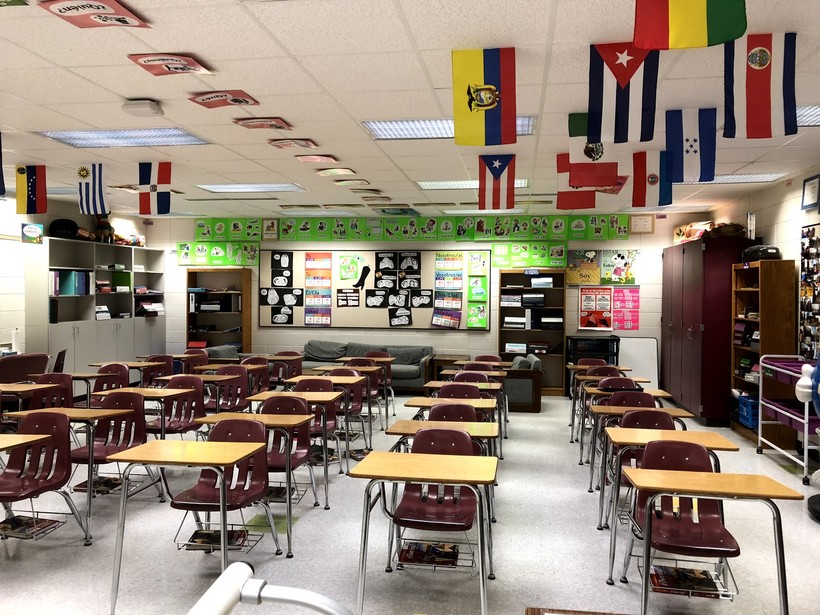 Janelle Laufenberg's empty Spanish classroom at her La Crosse school. Laufenberg, who was just barely eligible for retirement, decided not to come back this year over concerns about COVID-19. Photo courtesy of Janelle Laufenberg.

'I Really Didn't Feel Comfortable Going Back': Some Wisconsin Teachers Quit, Or Retire Early, Due To COVID-19 Concerns

As many Wisconsin school districts are bringing at least some of their students back into classrooms, teachers have pushed back, citing concerns about their health and the health of their families.

For some, COVID-19 was enough to push them out of the profession entirely.

Christine Magyar, a former teaching aide for special education with the Franklin School District, retired a year before she’d planned to after her district decided to bring students back in person over the summer.

"I’ve talked to people where some of them aren’t wearing a mask, and they’re saying it’s a hoax, or they’re taking their mask off when it’s time to go to the next class, and putting it back on when they get into the next class, but in the hall they don’t have it on," she said. "Once the mask is off, once they’re not following directions, the damage is done — whether you tell them to start behaving or not, the damage is done."

Magyar has asthma, and some history of other health problems. She also wanted to be able to see her son, who recently had heart surgery, without worrying that she’d put him at risk.

Magyar, who announced her retirement just a couple months short of her 20-year mark, said she would have liked to be able to hang on one more year to see one of her favorite students — a senior this year — graduate. But Magyar’s job had her working with multiple students, following them into several different classes in a high school, so she felt that she would have been at a higher risk of exposure — and short of a vaccine or other viable treatment, she said there wasn’t much the school could do to make her comfortable with that risk.

"I really didn’t feel comfortable going back," she said. "I was really hoping it would go virtual."

According to NBC15, teacher retirements for the first part of 2020 are up over the previous year, as other teachers and school staff are making the same decision Magyar did.

Janelle Laufenberg, a Spanish teacher, hung up her lanyard after nearly 33 years, 28 of them at Logan Middle School in La Crosse. 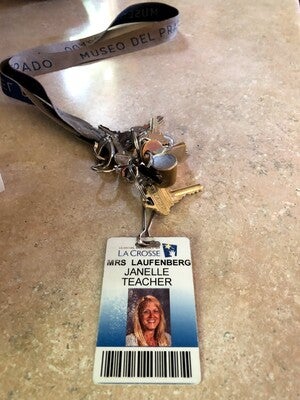 "I’m still trying to figure out how I feel about it, to be honest," she said. "Teaching is not a job, it’s absolutely an identity."

Laufenberg turned 55 in June, making her just barely eligible for retirement. She said it was a combination of several things that made her opt for retirement, which she hadn’t initially thought to do this year. She said she’d adapted to virtual teaching, but didn’t like struggling with the technology, and wondered if it would be better to open the job up to someone who was more digitally savvy. She, like Magyar, had some asthma issues, and she was worried about her husband’s health.

"I need him, to mow the yard and shovel," she said, laughing.

She said teaching through a global pandemic was a new level of risk that gave her pause.

"We’ve never had to contemplate it like that before, putting your own health at risk to go be a teacher," Laufenberg said. "We’ve been asked to hide in the corner with soup cans to throw at shooters, but I’ve never been asked to monitor my own literal health."

For younger teachers, who aren’t eligible for retirement, leaving can pose a trickier financial challenge. Many rely on their district jobs for not just their own health insurance, but that of their whole family — and it can be financially impossible to consider leaving a job in the midst of a major recession, even for teachers who have similar health and safety concerns to Magyar and Laufenberg.

After Megan Gaworecki, an art teacher in Hudson, decided to quit her teaching job in early August, she said she heard from many other teachers who wanted to do the same, but couldn’t.

"After I sent that letter out, my resignation, I received hundreds of text messages, emails, phone calls from teachers who were like, 'I wish I could do that,'" she said. "They feel so frustrated, and scared. And for the most part, some teachers are the breadwinners, (so) it just wasn’t a plausible thing."

Gaworecki has three children — her older girls’ father was able to put them on his insurance, while her husband could add her and their child to his insurance.

"A couple years ago, there's no way in hell I would have been able to do this, this is such a huge privilege for me to step back," she said. "I’m still trying to rewire my brain, for someone who’s been working since they were 15 and loves their job — I have to rewire my brain that the things I’m doing at home is important work, as well."

Gaworecki said it wasn’t one big thing that pushed her to quit. She was worried about how Hudson was handling the return to school, and she’d had to take on more childcare responsibilities after the family’s day care provider closed because of COVID-19. She’d also been working in Hudson, where her girls’ father also lived, while living with her husband in Minneapolis, so leaving her teaching job has made things easier.

"When COVID hit, I didn’t feel like I could ever turn off being a teacher, since March," she said. "And we’re not paid in the summer, but we were getting emails daily, and Zoom meetings for pop-up this, pop-up that."

Fogarty, who has three children under 10, said it was a struggle to stay on top of everything. She, like Laufenberg, has struggled with what leaving looks like, after spending so much time working, and building her identity around being a teacher. But she said she felt like the district wasn’t thinking about them as people, or taking their concerns seriously.

"We were just numbers," she said. "For like the past three years of working here, it’s gone downhill of being like, I am just a number, I am not important to who I’m employed by."

COVID-19 was definitely a deciding factor that made her finally decide to leave, especially after a spring of trying to wrangle her kids while setting up Zoom meetings with as many of her students as possible and go to administrative- and staff-level meetings, as well. But it didn’t make the decision easy.

"It’s incredibly stressful, incredibly heartbreaking — I think I cried straight for like a week and a half," she said. "Resigning was a big risk, not just financially but I’m risking my reputation with families, and with my district."

Her daughter still goes to school where Fogarty used to teach, and she said she’s practiced conversations with her about what to say to students or teachers who ask why her mom isn’t teaching there anymore. 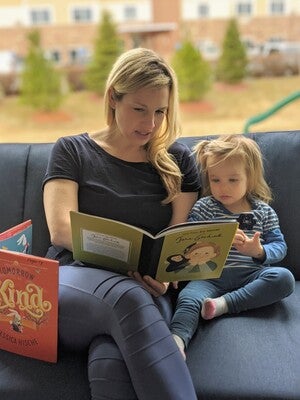 Beth Fogarty reads to her younger daughter, Hazel. Fogarty was a second-grade teacher in Hudson, and spent the spring trying to balance getting lessons to her class of 25 against taking care of her own three kids. Courtesy of Beth Fogarty

Fogarty and Gaworecki, along with other teachers who leave their contracts early, are on the hook for a financial penalty — hundreds to over a thousand dollars, depending on how close to the school year they tendered their resignations. It was another financial factor that both had to weigh when they made their decisions.

Now, the former teachers are looking ahead to what’s next. Laufenberg said she’s looking forward to substitute teaching once the disease risk has passed. Magyar said she and her husband are tackling projects around the house. She’s also been practicing routines as a "Dancing Granny" for when parades return to the Milwaukee area. Fogarty said the protests over the summer have prompted her to think more about antiracism work in Hudson.

Gaworecki said she’s still figuring out what’s next after years of building her identity around teaching. She’s had side hustles making art, and selling vintage goods, and will need to put a lot of time into taking care of her kids with their preferred daycare closed. Still, she’s wondering about what could lie ahead.

"I’ve definitely made up a couple of dream jobs in my head that I don’t even know if they exist, so I’ll probably try to go find those," she said.