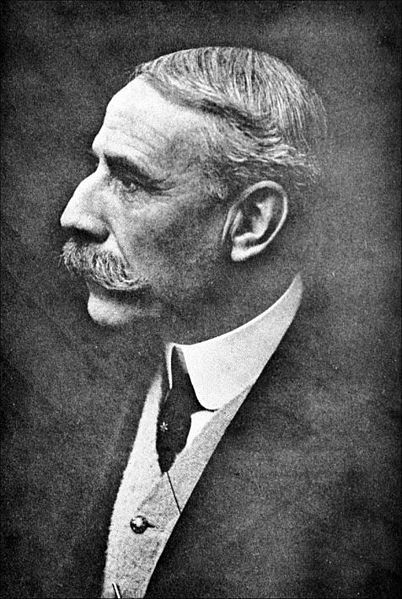 I Am Sick of it All!

After receiving an invitation to write a choral work for the 1898 Leeds Festival, Edward Elgar began work on his cantata Caractacus. His inspiration would have to carry him past a series of obstacles, including his own pessimism.

He decided on a story about an ancient British hero, but the man Elgar chose to write the lyrics provided a pompous pastiche that ended with an overblown chorus about the post-Roman rise of British glory.

As he worked on Caractacus, Elgar told a friend that parts of it “frightened” him, and as he submitted it to the publisher one scene at a time, he asked that no one say a word about the work, for better or worse, because he already felt tense enough “to die on edge.”

When Elgar began orchestrating the first sketch, his friend Augustus Jaeger got a look at it and suggested to Elgar that it was too nationalistic, which elicited a sarcastic defense from the composer.

Elgar started to worry that the chorus would think their part too bland, but as he worked on proofing what he referred to as “correct-a-cuss,” and heard it in rehearsal, he wrote to Jaeger that he would alter no more of the cantata, “short of burning the whole thing.”

The debut on October 5, 1898, took place before a star-studded audience that included many prominent musicians and Queen Victoria, to whom Elgar had dedicated Caractacus. The stage was set for a triumph, but the chorus didn’t deliver. It turned out that they had never much cared for Elgar’s music.

The reviews were muddled and mixed, and Elgar slid into a funk. “I tell you I am sick of it all!” he wrote to Jaeger. “Why can’t I be encouraged to do decent stuff and not hounded into triviality?”

But despite his disgust, he couldn’t help composing. Just four days later, he wrote again, saying that he was working on a set of variations on an original theme.