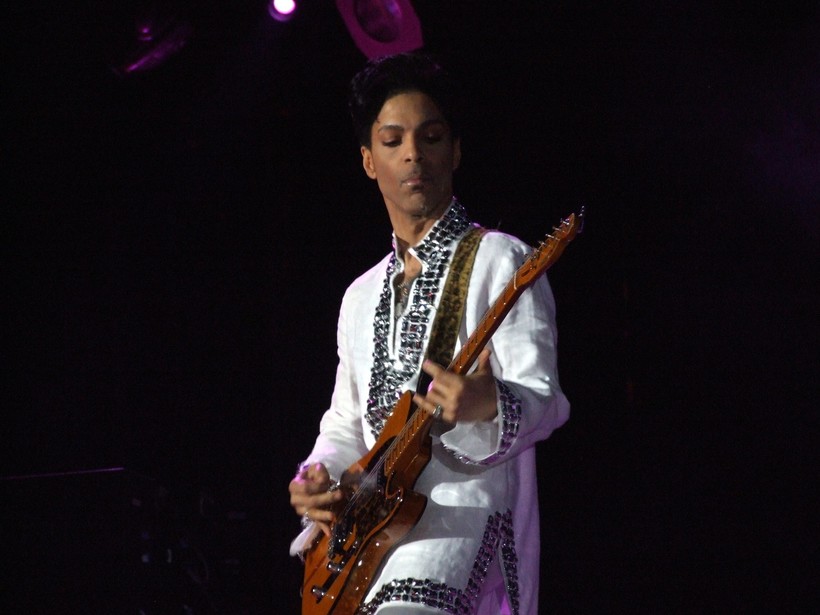 These days, we hear a lot about trans rights and the importance of recognizing nonbinary and third-gender identities. Writer Sasha Geffen hears even more. They are the author of the book "Glitter Up The Dark: How Pop Music Broke the Binary."

In the book, Geffen explores how popular music’s quality of subliminal expression allows rigid gender constructs to disappear. Musicians like Wendy Carlos, David Bowie, and Prince have used their vivid imaginations to demonstrate that gender is fluid.

"Music as we know it over the past 100 years has been tied really closely to drag," Geffen told WPR's "BETA."

When jazz started to make its mark during the Harlem Renaissance of the 1920s and 1930s, many performers dressed in drag or were openly gay. And as Geffen points out, drag ball culture can be traced back to the 19th century.

In their book, Geffen quotes the following lyrics from the queer performer Perfume Genius's song, "Don't Let Them In":

In an alternate ribbon of time

My dances were sacred

My lisp was evidence

I spoke for both spirits

"Those lyrics speak to this secret current of queer relationality that runs through history, that tends to get scrubbed from history," Geffen explained. "This idea that queer people have always been trying to seek each other out, and find each other, and find ways to connect, and keep each other alive in ways that aren't always visible to mainstream record-keeping."

Geffen says this is like an alternate current of time that is hidden beneath history.

"But it can also speak to maybe alternate pasts or futures, like, what if we lived in a world where being queer was seen as sacred? Just like an alternate ribbon speaks to imagining what the world might be like if we saw them in secret instead," they said.

One of the musicians Geffen profiles is composer Wendy Carlos.

Carlos was a composer and electronic musician who began working in the 1960s. She worked closely with Robert Moog who invented the Moog synthesizer, which made its debut in 1964. It is considered the most influential synthesizer in history.

Carlos was a trans woman who transitioned around the same time she started releasing her music. She didn't come out publicly until 1979. Carlos won three Grammy Awards for her 1968 album, "Switched-On Bach," which featured her interpretations of Johann Sebastian Bach played on a Moog synthesizer. She also composed the scores for "The Shining" (1980) and Walt Disney's 1982 movie, "Tron."

One of Carlos's major accomplishments was the score for Stanley Kubrick's 1971 film, "A Clockwork Orange," which includes her interpretation of the "Fourth Movement" from Beethoven's "Ninth Symphony."

"It still sounds so fresh and so current," Geffen said. "But there's also this kind of amalgam of voices, this sense that one voice becomes many voices at the same time. (Rachel) Elkind's voice gets pitch-shifted a little bit and overdubbed. It's a choral piece, there are many different vocal parts. So she's taking this one singer and making her into a chorus all on her own. And to me, that kind of speaks to something of the multiplicity of trans experience — this illusion of a lot of people singing, when in reality, there's no one there in the room with you."

"I think that's kind of an uncanny phenomenon that pop music is still grappling with," they continued. "Maybe its uncanniness speaks to this trans feeling of not quite fitting into the world as it is and the need to redelineate the world into something that makes more sense."

Geffen says Prince was a musician who chased androgyny throughout his career.

"There's this angelic falsetto that he did," Geffen said. "And he also lowered his voice to create a chorus of himself."

They said you can trace some of Prince's flamboyant persona to his childhood when he was bullied for being too effeminate.

"I think instead of kind of overcompensating and trying to become more masculine, he took it and decided to hone femininity as a strength to see what potential it could hold for him and what potential there was in being a feminine man in public and performing in these very glamorous, high-energy, high-octane kind of ways."

Prince created a feminine alter ego named Camille. He recorded Camille's debut self-titled album in 1986. The plan to release the album without any acknowledgement that it was a Prince creation fell through. However, some songs found their way on to a "Sign O' the Times" box set released in 2020.

"There's a song I've been listening to a lot lately called 'Shockadelica', where he sings as Camille, but also about Camille at the same time," Geffen said. "So he's kind of describing this character as he's embodying her."

Shockadelica, got you in a trance

'Cause when this woman say dance you dance, Shockadelica

With her you got no mind of your own

As trans rights continue to reach the forefront of pop culture along with nonbinary identity, how does Geffen see pop music evolving in the future?

"There are a lot of young, queer and trans artists who are making a ton of songs that play with the voice in really chaotic ways," Geffen said. "You can hear the voice jumping between microtones in a way that's really discreet. I hear a lot of...fracture and confusion in that music, but also you can part the broken pieces to see a way forward in it."