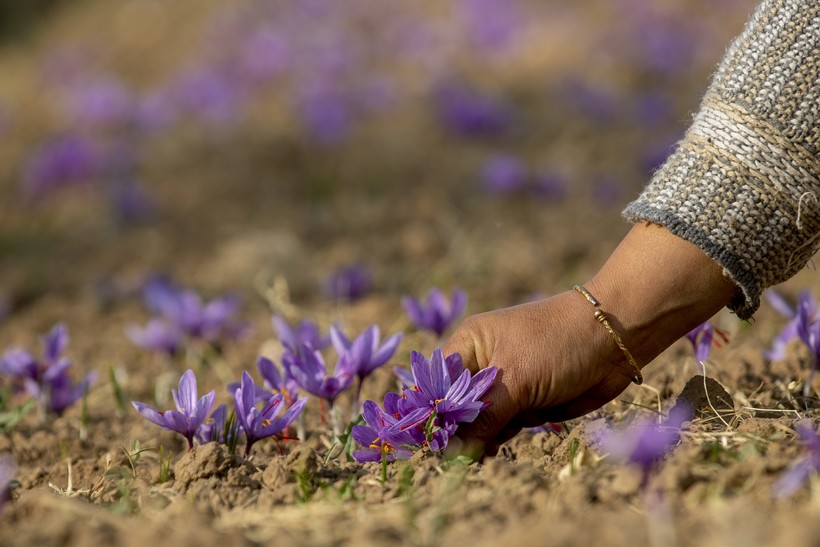 How To Grow 5 Popular Spices At Home

While They Require More Patience And Nurturing Than Most Herbs, You Can Grow Many Common Spices At Home
By Mary Kate McCoy
Share:

Growing herbs like basil, cilantro and parsley have long been favorites of home gardeners. They’re generally easy to master, adaptable and have a quick return on investment.

Less common is growing your own spices. And while it may take more effort and time, the endeavor is well worth it, said Tasha Greer, homesteader and author of "Grow Your Own Spices."

"I call spices the harder-to-grow things," she said. "Not difficult, you can do it, but you just need to know a little bit more."

Growing your own spices takes patience and typically more nurturing than herbs, Greer said. Don’t try to do too much too fast. Master a few of your favorite spices, then grow your collection.

"Saffron is a crocus you plant around August and it will bloom usually around October or November," she said. "The hard part in Wisconsin is ... you'd need to do this in pots and then after it flowers, you'd want to bring it inside and keep growing it indoors under supplemental light so that the corms will reproduce."

Saffron isn’t a difficult spice to grow, Greer said. The harvesting process is what makes it such an expensive spice. Each corm will only produce about three flowers, and each flower is only going to have three saffron threads. Unlike many flowers, saffron flowers don’t just open in the morning. So when harvest time comes, you typically have to check your flowers a couple of times a day.

Ginger and turmeric both should be started indoors, Greer said. They have a long growing period that prefers to be in the 60 to 80 degree Fahrenheit temperature range for optimal growth. 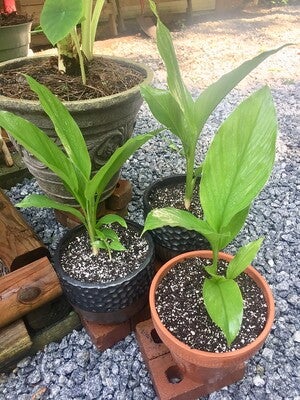 "Maybe use some supplemental light to get them going, but the good news is these are both shade-tolerant plants," she said. "So even if you don't have perfect lighting conditions in your house, you can grow them indoors year round if you want to."

Ginger and turmeric require a fair amount of space to grow, so if you frequently turn to these spices for cooking or anti-inflammatory benefits, make sure to use big pots.

"I like those totes that you can get really inexpensively at a hardware store," Greer said. "You just throw some drainage holes in the bottom and those tend to be great for growing ginger and turmeric. And they have nice handles that make it easy to take in and out."

Cardamom requires a lot of space and is a trickier spice to grow — one Greer would put on an advanced spice list.

"It's a very large plant," she said. "It's going to get probably 3 to 4 feet wide and probably about 8 feet tall before it's mature enough to produce the flowers and seed pods to harvest. It will probably also take you about three to five years."

"It's just this wonderful aromatic smell and it's a stunning, beautiful plant," Greer said. "You won't get it year round … but you could have a harvest every year once it starts flowering and seeding."

Vanilla is a slow burn, taking about four to five years before you can harvest. Vanilla is an orchid, and you can be grown indoors like other types of orchids, Greer said.

"It doesn't require full sun, but you still want some direct light," she said. "You're going to need a trellis and probably give it about 3 to 4 feet of trellis space to grow up and down and up and down."

Greer said the plant will look a little like a curtain before flowering and forming pods. When it does flower, you have to hand pollinate each flower the morning it opens because the pollen is only viable for a short period of time.

Garden Talk: Growing Your Own Spices 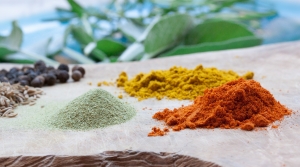 Many gardeners grow herbs but few tackle spices. We talk to a gardener who explains how you can grow many of your own spices, no matter where you live.