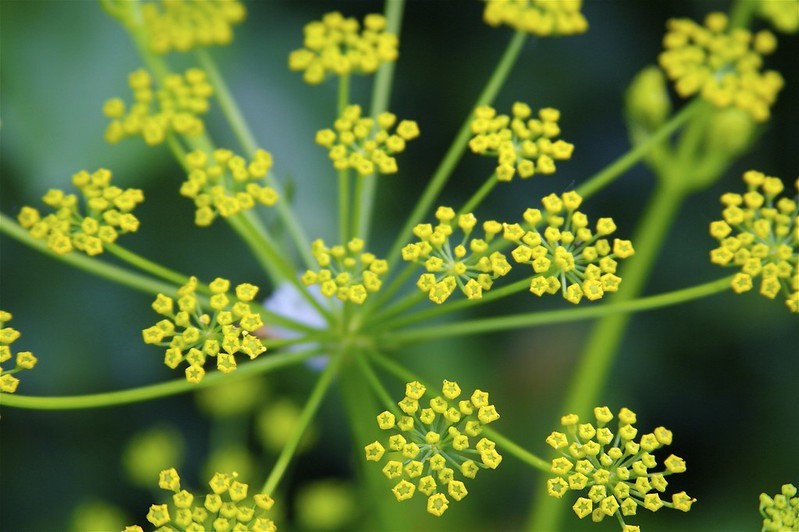 How To Give The Boot To Wisconsin's Invasive Plants

Experts Talk Through Controlling Some Of The State's Big Offenders
By Elizabeth Dohms-Harter
Share:

Mark Renz would normally be spending lots of time in the fields, working alongside others to uproot invasive species that have taken hold.

Despite the threat of COVID-19 making that a bit harder these days, Renz said efforts have continued to predict future distributions of invasive plants, identify which methods are working as far as controlling them, and share that information with the public.

"It's a little bit more challenging in these times, but we're still trying our best," said Renz, a professor and extension weeds specialist at the University of Wisconsin-Madison.

Renz and Kelly Kearns, invasive plant coordinator at the Wisconsin Department of Natural Resources' Bureau of National Heritage Conservation Program, offer tips on how to control and abolish some of Wisconsin's more pesty invasive plants. 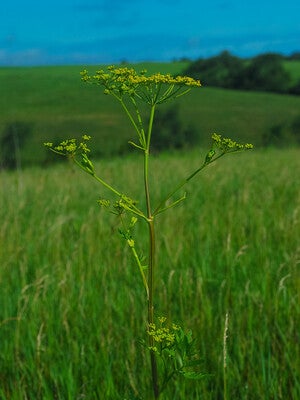 Wild parsnip can be contained through mowing. But timing is really important.

The best time to mow is when the secondary, or auxiliary inflorescences (the part of the plant where the flowers form) bloom.

"Not the flowers or inflorescences on the top of the plant, but (when) the ones that come out after that one bloom ... that is the best timing to mow," Renz said. That's starting right about now in southern Wisconsin and will continue for a couple of weeks.

If the wild parsnip is in an area where you can't mow, clip the plant as close to the ground as possible. Take care to ensure you're not getting sap on your skin. It can cause blistering and burns.

"If you just have a few (plants), I would just use a sharp shovel because that would help you distance yourself, your hands, from it as well," Renz said.

Preventing the seeds from forming for three to four years consecutively will eradicate it, he said. 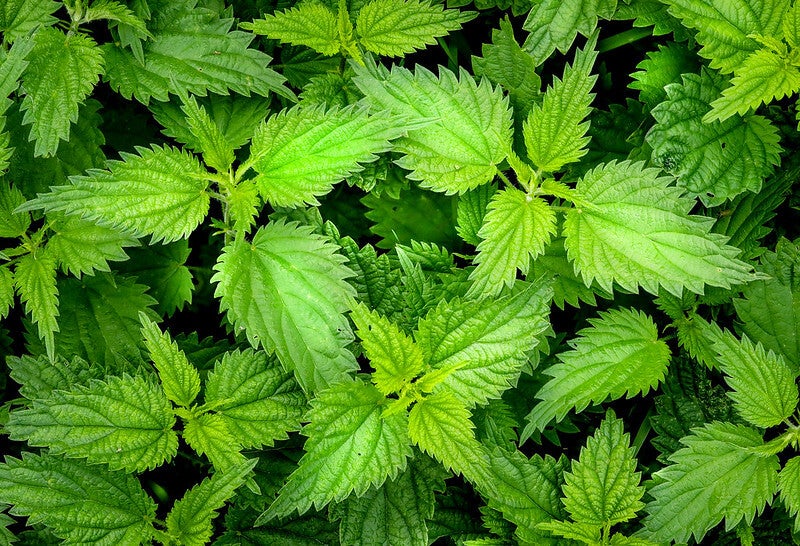 Stinging nettles, sometimes referred to plainly as nettles, are perennials that have hairs that act like needles, injecting a toxin that can cause bad reactions for many people.

The best way to get rid of these is to put on thick gloves and try to pull them out of the soil, Renz said.

There are some pesticides registered for stinging nettles, but using them can be a problem when the stinging nettles are interspersed among other wanted plants such as raspberries. In these cases, you can try using a method colloquially known as the "glove of death," Kearns said.

First, put on rubber gloves. Cover those gloves with cheap cotton gloves sprayed with herbicide like glyphosate. Swipe the stems of the plants with your covered hands.

"That should get enough of the herbicide onto the leaves themselves that it'll translocate it into the root system," Kearns said. 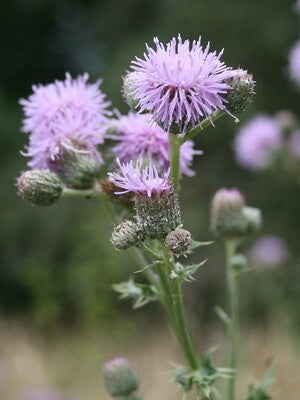 Canada thistle has been in Wisconsin for hundreds of years, and often goes through periods of ebb and flow. Populations will build up and then diseases will often destroy them.

But Renz said that Canada thistle is tough to control, and so long as its populations are low, the impact they'll have on other plants is minimal. If populations get high enough, however, it can disrupt establishment of the more desired plants.

One way to tell if your thistle is under control is by counting the percentage of land it covers. You can easily do this by taking 100 steps and counting how many times you step on a thistle. If you step on 30, you have 30 percent cover. You want to be well below that mark, Renz said.

If Canada thistle is getting out of control, you can try mowing the plants before they produce seed. You also can snip the stem and dab some Roundup or glyphosate on the exposed stem. A good trick is to use a Bingo marker tip dipped in herbicide, or a kitchen soap dispenser with a sponge on the end of it. Reed canary grass was intentionally planted large-scale in the 1930s as a way to control erosion. It's widespread around Wisconsin and may even take the prize for being the most abundant invasive plant in the state, in terms of how much acreage is covers.

"It can completely dominate," Kearns said.

Because of the difficulty in controlling it, Kearns said in some situations, people have decided it's not worth the effort to try to control it. For others more determined, Kearns said her organization sells a publication that goes into detail on how to control this plant in specific situations. If you're interested in the publication, email invasive.species@wisconsin.gov.

"One thing that is good about it is it does hold the soil along streams," she said. "Pretty much the vast majority of streams in southern Wisconsin have reed canary lining their banks." 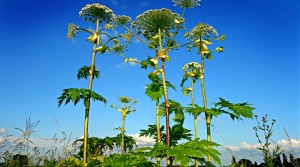 June is Invasive Species Action Month. We talk with two experts about invasive plants and what you can do to help control them. We also look at how to confirm the identity of an invasive species.