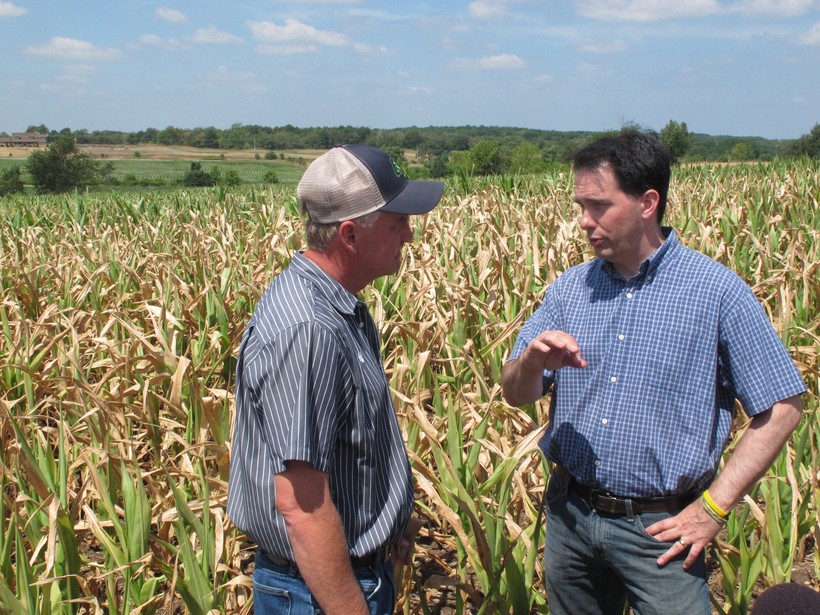 How Do Wisconsin Farmers Deal With Climate Change? It's A Balancing Act, Experts Say

It’s too early to predict crop yields for this year. But according to the industry journal, AgProfessional, farmers in the north can expect to get planting earlier, which could lead to more opportunities for corn acreage in Wisconsin and elsewhere.

Farmers attribute a longer growing season to climate change, and they're adjusting their practices accordingly.

Farmers have greatly improved their management systems over the past several decades, according to Chris Kucharik, a professor of agronomy and environmental studies at the University of Wisconsin-Madison.

"They know how to manage their land the best that they can to improve the water holding capacity and preserve the health of their soil. Because if they do that, they’re going to end up with better yields," Kucharik told WPR.

Farmers are trying to adapt to a warmer spring that comes earlier and unpredictable temperature fluctuations in February. Kucharik and fellow researchers are studying how this aspect of climate change is impacting Wisconsin farmers.

"Generally, what we found is about one-third of the variability in the trend of those (farmers') yields over the last 30 to 40 years from county to county has been explained by trends in climate, basically temperatures and precipitation," Kucharik said. "That’s a pretty big explanatory response that we’ve proved there."

The Great Lakes Bioenergy Research Center in Madison works to develop new liquid biofuels. The center’s researchers work closely with farmers on the crops that go into making sustainable fuels, said John Greenler, director of education and outreach for the center.

"As we look at these earlier springs, we are seeing some challenges in terms of a lot of the spring rollout not being as synched up as it used to be. That can have a lot of far reaching effects in terms of climate change and the impacts we’re seeing," Greenler said.

Farmers are trying to modify, notably using polymer-coated seeds that can be planted in cooler and wetter conditions, said Kucharik. But he wonders how early farmers might push back the planting calendar.

"At some point, we’re not going to be planting corn and soybeans in February. At least if we are, we’re in big trouble because that means our climate has completely gone off the rails," Kucharik said.

Besides changes in weather, low commodity prices across many key crops will also have an influence on spring planting decisions.