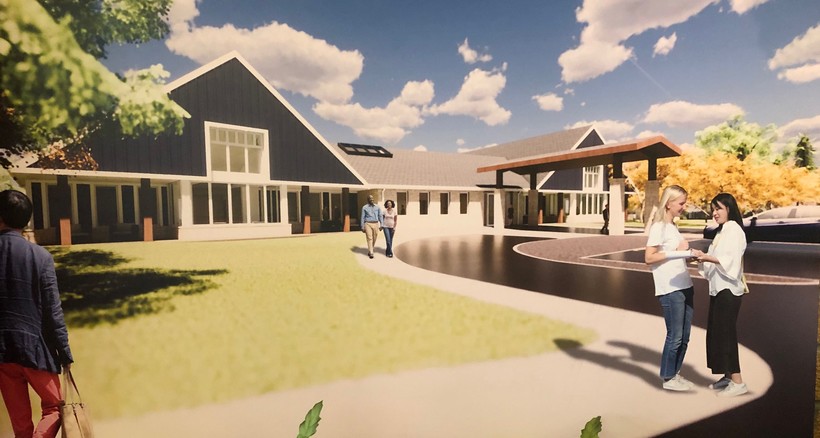 A rendering of the new Kathy’s House the organization is fundraising for. Rendering by HGA

For nearly 20 years, a house located near the Milwaukee Regional Medical Center campus, just west of Milwaukee, has served as a sanctuary for cancer patients and people being treated for other serious illnesses.

Out-of-town patients and their families have stayed at Kathy’s House since 2001 while receiving medical care. But a steady increase in demand has forced operators to turn away guests.

Demand for lodging at Kathy’s House has grown by 75 percent since 2013 and the house is often at capacity, said Patty Metropulos, Kathy’s House president and CEO, in a press release.

Kathy’s House serves about 1,500 people a year. Last year, more than 500 people were turned away.

Now, Kathy’s House is trying to raise $12 million to build a larger house.

"This is a tremendous step for us — our staff, our board, but most of all, our guests," Metropulos said before a fundraiser kickoff Tuesday at the current Kathy's House in Wauwatosa. "We’ve been operating at capacity for several years, and frequently face the heartbreaking task of turning people away. A new, larger house is the best thing we can do for patients and their families." 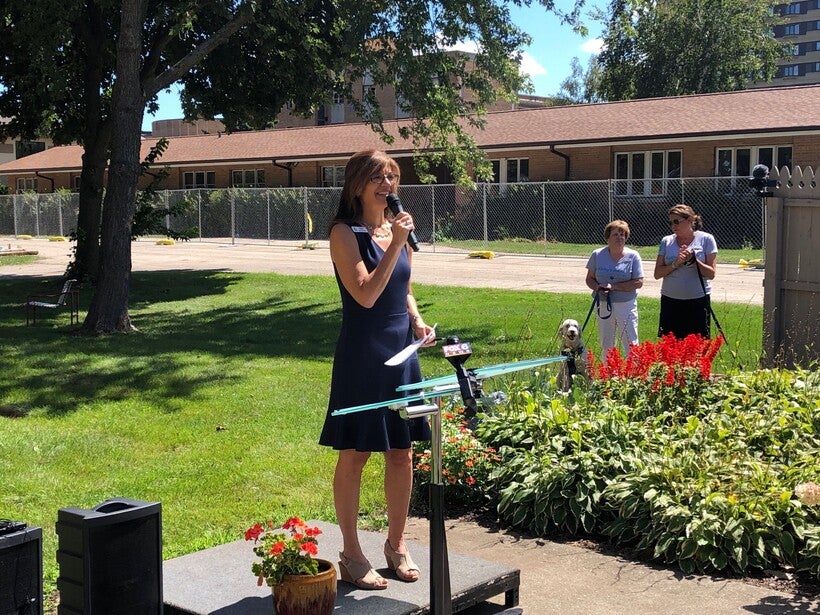 The new house will have 36 rooms, doubling current capacity, with a separate wing for patients with compromised immune systems and a patient services room for blood draws and private consultations. It will also have a kitchen, dining area, library, family room, fitness room, laundry facilities, courtyard, patio, walking trail and onsite parking. On average, guests donate $32 per night, but no one is refused housing if they cannot afford to donate.

So far, Kathy’s House has raised 80 percent, or $9.6 million, of its goal. Froedtert Hospital donated $6 million and other donations have come from the Fotsch Family Foundation, Ladish Co. Foundation and the Schneider Company.

A $100,000 challenge grant is being offered by Ginny and Mike McBride, Brookfield residents and longtime supporters of Kathy’s House. It's their second gift to the capital campaign. The McBrides will provide a dollar-for-dollar match up to $100,000.

"We are deeply concerned about the number of guests who are turned away," Mike McBride said in the press release.

While Kathy’s House has served people from all 50 states, most who stay at the house live in northeastern Wisconsin, where access to advanced treatments for complex diseases such as cancer or organ failure can be limited.

Nearly 90 percent of guests have cancer or a loved one with cancer, Metropulos said. More than 40 percent of patient guests say they would be unable to receive the care they need without Kathy’s House, she added.

In the past five years, more than 1,000 Brown County residents have stayed at Kathy’s House, said Mary Gronnert-Kollross, former foundation coordinator for Schneider, the Green Bay-based transportation and logistics company.

Kathy's House was named after Kathy Vogel Kuettner, who died on July 4, 2000 after a year-long battle with cancer. She was 39. During her time in the hospital, Kathy met fellow patients who had few visitors because they were from out of town. Before her death, Kathy expressed a wish to open a hospital hospitality house. Her parents, Dick and Judy Vogel, began fundraising for Kathy's House immediately after her death.

The new Kathy's House will be located near Froedtert and the Medical College of Wisconsin Clinical Cancer Center.

"The relationship between Kathy’s House and Froedtert Hospital goes back many years, and supporting this campaign is a natural for us," said Cathy Buck, president of Froedtert Hospital, in the press release. "Increasingly, medical care is being provided on an outpatient basis, and our doctors and nurses count on the supportive, compassionate home away from home that our patients find at Kathy’s House."