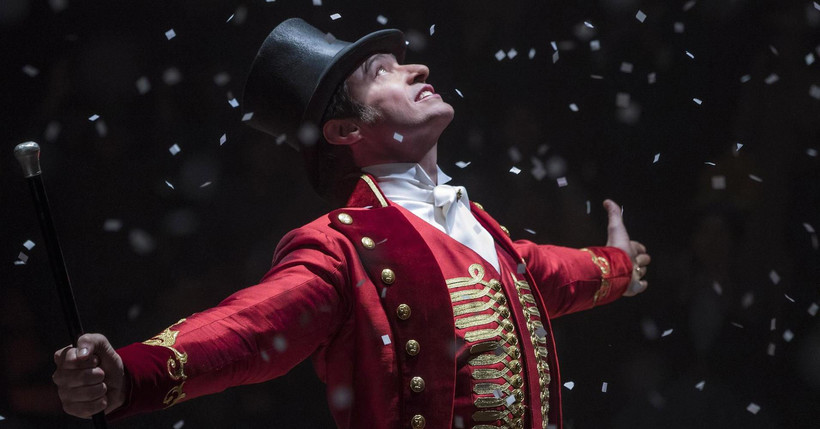 A singing and dancing Hugh Jackman was right when he said Hollywood is back to embracing musicals.

Jackman, who plays P.T. Barnum in "The Greatest Showman," knows this first hand. The musical has done incredibly well at the box office in spite of being panned by critics.

"Beauty and the Beast" smashed box office records, and there are remakes or sequels in the works for "Mamma Mia," "A Star is Born," "West Side Story," "Mary Poppins" and "Guys and Dolls" – there’s even a film about Queen’s legendary frontman Freddie Mercury currently in production: "Bohemian Rhapsody" is expected to open on Christmas Day.

"It takes you out of the ordinary. We don’t behave like that in normal life – nobody is walking down the aisle at Walmart and breaking into song as they buy their groceries," says Martin Chilton, author of the recent article, "The Sound of Musicals: How Songs Shaped Showbusiness on the Silver Screen."

Chilton is a former culture editor at The Telegraph, and a music critic and book editor.

Chilton explained that when musicals made the leap from stage to screen, production values soared.

"For instance, in the opening to 'La La Land,' which is probably one of the most successful musical films of modern times, there’s a magnificent opening section which is on a highway involving hundreds and hundreds of cars and people dancing on top of them, and it’s the sheer scale and size of that scene that’s so dramatic and eye-catching."

Film and music have been linked together ever since pianists and organists played along to the earliest silent films, but Chilton cites the work of a certain legendary director as being the catalyst for rapid developments in the field.

"The choreography is one of the key points," said Chilton. "Gene Kelly’s dancing can be just dazzling. His sequence in 'Singin’ in the Rain,' where he’s jumping on lampposts and jumping down and twirling his umbrella is just magnificent, really, and that started in the '30s when a man called Busby Berkeley suddenly realized that instead of a static camera he could have a moving camera, and you could get these dance routines and these bird’s-eye view of dances that were captivating for audiences."

But there are those who don’t care for musicals of any stripe.

"Musicals do divide people," Chilton said. "Some people see the songs as an interruption and want to get on with the plot, but I think for most people they are charming escapism."

From traditional high school musicals to Broadway’s "Hamilton" to Disney films, current American culture is rich with all kinds of musicals. Families are discovering and rediscovering that musical films in particular are a great way to spend time together, and that the fun doesn’t end when the movie is over.

"My children loved it. We sing 'This is Me' as a family when someone is feeling down. It’s an amazing message and movie," wrote New York Times reader Stephanie Bastek in response to a query about why audiences like "The Greatest Showman."

"Musicals provide so much enjoyment. There’s a future for them," said Chilton with confidence.