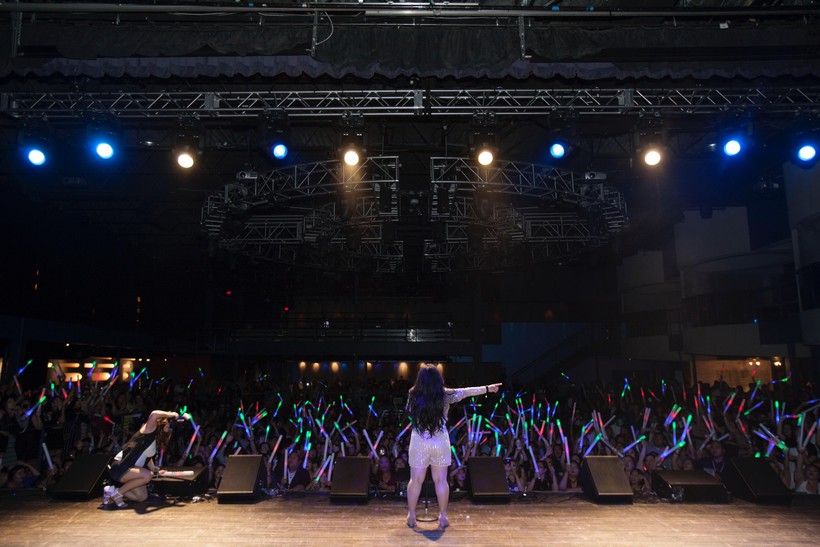 Maa Vue performs during the Yellow Diamond Record Tour in 2017 at Myth in Minnesota. Photo courtesy of Kou Photography

An all-Hmong music label is honoring the culture from southeast Asia while giving singers and songwriters a platform for creativity and expression. The label is giving Hmong musicians the chance to infuse modern music with tradition and native language.

"I believe Hmong music is booming more than it was back in the '90s, and right now there’s just a huge demand for it," Maa Vue, president of Yellow Diamond Records said. "So many artists are coming out with Hmong music, and I believe even the older generation is embracing that," Vue said.

Vue shared what people can expect from artists who sign with a Hmong-owned record label.

Vue said her label’s music is sung primarily in Hmong, so the lyrics aren’t always accessible to broad audiences. But she said her musicians focus on communicating emotions through more than just lyrics.

"I performed at an art gallery where they just said, 'We just need beautiful music!'" Vue said. "So I came in with my own originals, and nobody knew what I was singing about, but they loved it because it was beautiful."

Yellow Diamond Records’ mission includes preserving the Hmong language through music. Vue said she became committed when she realized a generation of Hmong children were growing up without the ability to speak their family’s language.

"In the Hmong culture, the more complex your words are, the more you’re highly respected for that," she said.

Vue said Hmong singers are both Hmong and American, so modern trends influence their musical styles.

"Growing up in America, we are definitely adapting to what we have around us, and this is what a lot of the youth in our generation is doing," Vue said.

She said David Yang’s song that translates to Lady America is a prime example.

"You’re pretty much embodying the fact that this girl that they are attracted to is from America, and she represents what an American woman is all about," Vue said.

Some artists also incorporate traditional instruments into modern songs. A Hmong violin carries a melody in this song by Maa Vue.

"It’s a two-string instrument, and the base is laid on the lap and the neck is very long that you hold up, and it’s played with a bow," Vue said. "And that is an instrument that my dad has always played since I was a child, and that’s why I wanted to incorporate it into this song."

Vue said some artists use flutes or other traditional instruments, but she said listeners can also expect electric guitars, acoustic instruments and pianos.

Hmong musicians are embracing sounds popular in American music. That means some tunes find influence in typical pop music and other genres.

"He took a different approach where it has like that country vibe to it with the acoustic guitar. It’s refreshing for his style," Vue said. "The song title is 'Year After Year,' and (it’s) pretty much saying that, year after year, I’m still waiting, and I still love you."

Vue said she writes songs about her own experiences with family, love and pursuing dreams. She said Hmong artists often include stories about journeys. She said that stems from the Hmong refugees who long for home but have no homeland.

Some Hmong people prefer traditional music, and Vue said she agrees it's important to preserve that tradition. She said it's important for today's musicians to find their own Hmong voices.