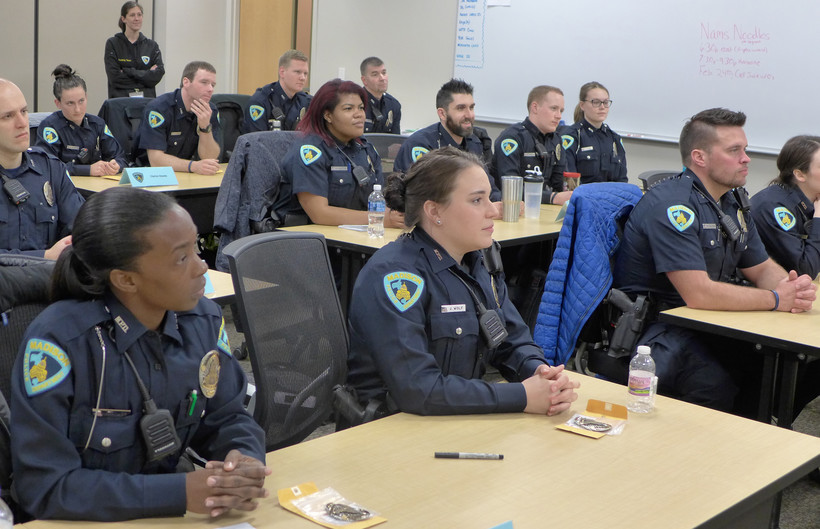 Alder Says Department Should Work To Keep Current Staff Before Bringing In New Ones
By Miranda Suarez
Share:

Madison's Common Council approved the funding with a budget amendment on Tuesday.

But not everyone is on board with the move. Madison Alder Keith Furman said the Madison Police Department doesn’t need new officers, it needs to keep the ones it already has.

Out of the 54 officers that have resigned from the Madison police since 2015, more than half served for three years or less, according to data Furman collected from the department. Those numbers do not include retirements.

"I don't think adding more officers fixes the systematic problems of retention in the department," Furman said. "I think we need to and we do continue to support the department, but I think it's incredibly important for us to be efficient with the money that the department is getting."

It doesn’t make financial sense for the department to spend money to train officers who are just going to leave, said Furman.

"That is the thing, the most tangible and direct way that we can impact retention is by increasing our staffing to relieve some of that stress on our workforce," he said.

Wahl and his controversial predecessor, former Police Chief Mike Koval, have both said the department is understaffed. In September, Koval avoided the budget negotiation process by abruptly announcing his retirement.

Wahl and Furman had similar theories for why so many officers leave the MPD. They pointed to negative public opinion towards police and younger people’s tendency to change jobs more frequently.

"When you look at the factors that are impacting our retention and people leaving, there’s a lot of things that we can’t control," said Wahl.

The MPD’s situation is not unusual, according to a September 2019 report from the Police Executive Research Forum. Departments across the country are in a "workforce crisis."

"Fewer people are applying to become police officers, and more people are leaving the profession, often after only a few years on the job," the report states.

Furman said one solution would be to allow some officers to work part-time, which the department is working on with the police union.

"People that are new to the workforce but are having families or want to have families, working full-time can really be a challenge, and that’s what causes some people to leave," Wahl said.

The department and the union have not yet finalized a deal, but Wahl said he hopes the program will start next year.

For now, the three new hires will enter the academy in May and begin working as officers by 2021.