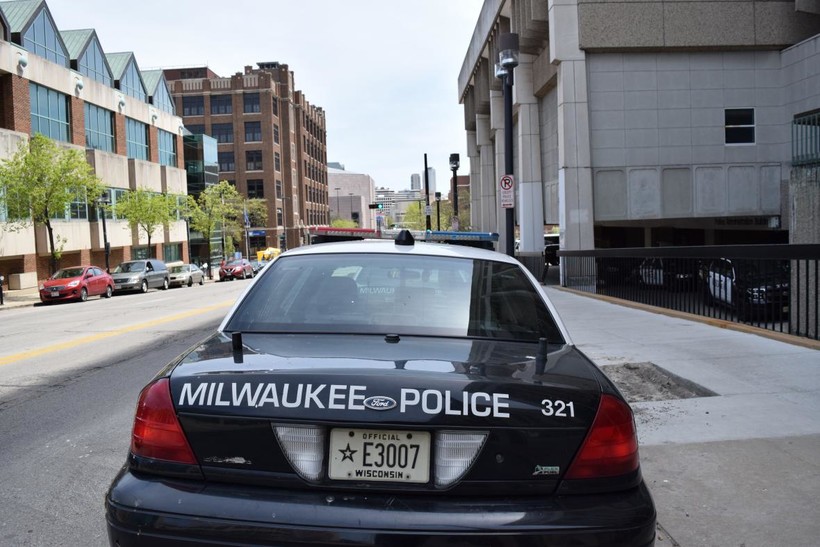 Officers would not be laid off, instead reduced through retirements. Barrett said the reduction won’t affect security plans for the 2020 Democratic National Convention, scheduled for July 13-16.

There are currently 1,864 sworn police officers in the city of Milwaukee.

"For the fifth consecutive year, the budget of the police department exceeds the entire tax levy for the city," Barrett said. "This reduction is fiscal; it is not philosophical."

The department's budget for salaries would increase by $7.3 million, under Barrett’s proposal. That money goes to raises for sworn personnel that was agreed to during contract negotiations.

A public hearing has been scheduled for 6:30 p.m. Monday, Oct. 7. The city’s finance committee will review the budget in October before the full common council votes on it Friday, Nov. 8.

In a written statement, Milwaukee Police Chief Alfonso Morales said, "The proposed cuts in the city’s budget, including a reduction in sworn strength, will have a direct and significant impact on the Milwaukee Police Department’s ability to perform its core functions as well as build off its gains in police-community relations."

Barrett’s proposal comes at a time when there is heightened fear of reckless driving and shootings in the city.

On Monday, Alderwoman and former state Sen. Nikiya Dodd sent out a press release urging the state Legislature to be tougher on gun control.

On Sunday morning, a 17-year-old girl was shot after a minor car crash on Milwaukee’s north side, according to police. This was at least the sixth road rage accident this summer.

"I am outraged by the multiple reports of women and children getting shot while driving in Milwaukee," Dodd wrote. "The insane, senseless gun violence has no respect of person or place. It is due in large part to illegal gun sales that our city streets are now home to armed criminals."

To date, there have been 67 homicides in the city, according to the Milwaukee Journal Sentinel's database. As of Thursday, there had been 290 nonfatal shootings in the city, down from 367 during the same time period in 2018, and 429 during the same time period in 2017, according to the Milwaukee Police Department.

Barrett said the police officer jobs could be spared if the state Legislature supports a plan local officials have floated to increase the sales tax in Milwaukee County.

Milwaukee County leaders are proposing a 1 percent local sales tax increase that could be reinvested into the communities based on their populations.

State Rep. Evan Goyke, D-Milwaukee, and state Sen. LaTonya Johnson, D-Milwaukee, plan to introduce a local option sales tax to the Wisconsin Legislature this fall. If approved, a referendum would be brought to Milwaukee County voters in spring 2020.

The proposed plan could bring in an extra $160 million in the first year, with more than 25 percent of that money projected to come from visitors and nonresidents, according to local officials.

Municipalities can not increase a tax, or go to referendum to do so without approval from the state.

"Diversifying our tax revenue would be an important step forward and give us the increased ability to maintain the number of police officers, purchase equipment for the fire department, repair more roads and provide additional protection from lead hazards that Milwaukee children face," Barrett said Tuesday.

"Let me be clear: We are not asking the state for more money," Barrett said. "We are asking for the ability to go to our voters and to address the pressing financial issues that we face."

Assembly Speaker Robin Vos, R-Rochester, said he would "discuss the proposal with the Assembly Republican caucus but it will be a tough sell for many of his colleagues."