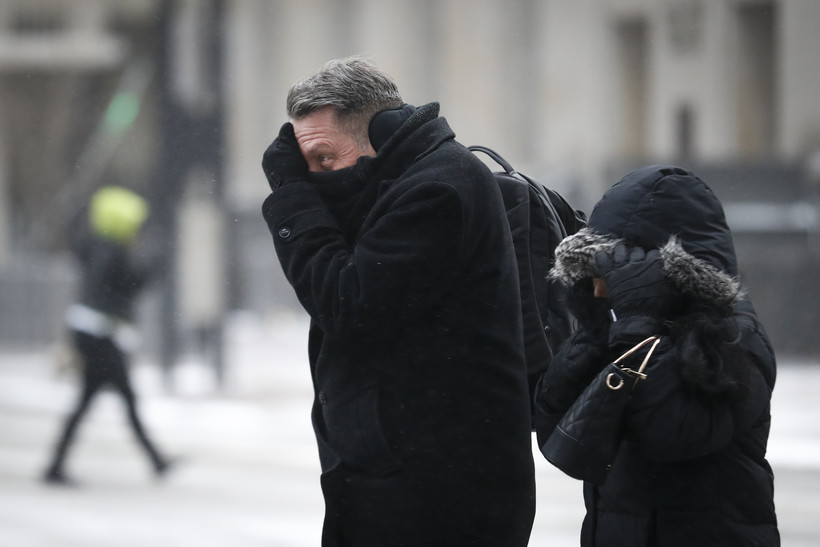 Health Officials: Cold-Related Deaths Are On The Rise

With two Arctic blasts hitting Wisconsin already this winter, health officials are reminding residents that freezing temperatures can be deadly.

Over the past few winters, frigid temperatures have impacted the majority of the state. Last winter, 75 people died after being exposed to extreme cold across Wisconsin, according to the state Department of Health Services (DHS).

The number of cold-related deaths last winter was 36 percent higher than average for the past few winters.

"Unfortunately, it turns out as we expected," said Dr. Jonathan Meiman, chief medial officer with DHS. "We did have quite a few more deaths than we typically have in winter, which just really emphasizes the need for people to protect themselves, because there are a few themes that emerge when we look at every year."

Older adults, people who remain outdoors for extended periods of time, and people who drink excessively or use illicit drugs are at high risk of hypothermia and frost bite.

The main theme and the largest contributing factor to cold-related deaths is alcohol intoxication. Last winter, alcohol played a role in more than 25 percent of the deaths.

"Alcohol can impair judgment, it makes it more difficult to maintain your body heat and it certainly does play a factor," Meiman said. "We’ve seen this time and time again."

Also, according to DHS, the average age of people who died from cold last winter was 66 years old. Meiman said residents over the age of 65 are at a higher risk of dying due to slips and falls.

Wisconsin has already seen record-breaking temperatures and snowfalls this year.

Andy Boxell, a meteorologist for the National Weather Service in Sullivan, said there are different parameters when issuing a wind chill advisory across the state and the weather service issues them earlier for the northern parts of the state.

"Once we get into that minus 20 to minus 25 range that’s really what we are looking at for wind chill advisory," Boxell said.

Boxell said being exposed to cold conditions can lead to frostbite in a short period of time. He continued to say children waiting for the bus for an extended period are at risk of frostbite.

"That’s the level that we know that things like hypothermia and even frostbite can be an increasing concern for anyone that is outside," Boxell said.

Meiman said people should check for signs of hypothermia which include shivering, confusion, exhaustion, and slurred speech if they are outside for a long time. He also said making a home and car emergency kit is key to preparing for winter weather.