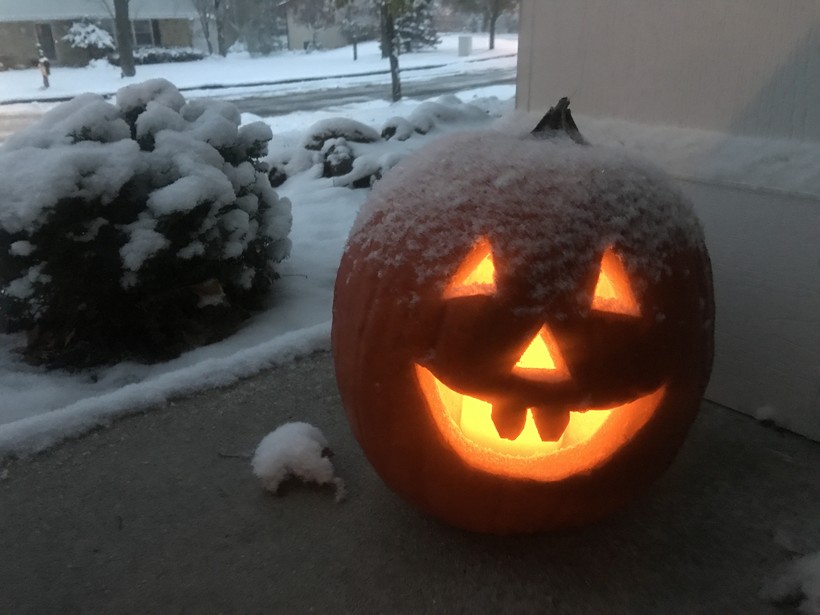 Trick-Or-Treaters Will See Up To 6 Inches Of Snow
By Alana Watson and The Associated Press
Updated:
Thursday, October 31, 2019, 3:15pm
Share:

A large storm system moving through the Midwest is delivering some early season snow to much of Wisconsin.

Trick-or-treaters will be trudging through as much as 6 inches of snow to the south this Halloween. Forecasters expect lesser amounts elsewhere, including near Lake Michigan.

The National Weather Service issued a winter weather advisory until 3 p.m. Thursday from northeastern Wisconsin to southern counties. Falling snow slowed the morning commute and in Milwaukee County the interstate system was slick. They are urging residents to be cautious even with small accumulation.

"These lighter snows are definitely very tricky and impactful because people tend to think they can drive faster than they really can," said Paul Collar, a meteorologist for the National Weather Service in Sullivan.

Collar said although snow has hit the state early, it probably won't stick around.

"We can still have some very mild temperatures where this snow will be potentially gone," Collar said. "So it's not like today we are plunging into hard winter."

Here are some stats for the snowiest Octobers on record. We have also seen a daily record snowfall today for Milwaukee with 1.1" so far. We'll see if Madison breaks their record of 3.2 inches set in 1926. Is this Halloween snowfall a trick or a treat? #wiwx #swiwx pic.twitter.com/RJ2Xt3yKL7

Temperatures Thursday night are expected to drop to the 20s.

Collar said when this storm passes the state probably won't see significant snow until December, adding that to have our biggest snowfall in October would be wishful thinking.

"Wouldn't that be something if our biggest snow event was in October? Wouldn't that be nice? That's what I'm hoping for but that's sort of a wishcast instead of a forecast," he joked.