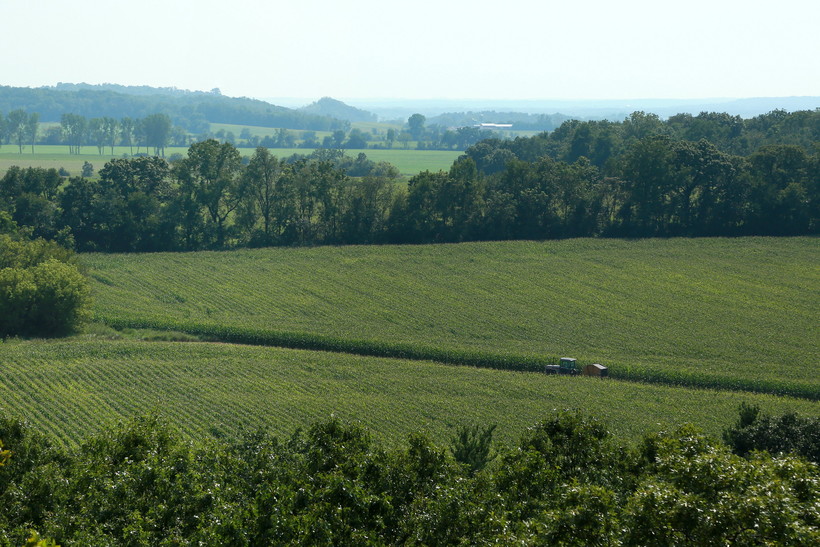 A hazy view of Magnolia Bluff County Park in Evansville is captured in this September 2017 file photo. Mark's Postcards from Beloit via Flickr (CC-BY-NC-ND)

Hazy Skies May Linger In Wisconsin Thanks To Wildfire Smoke

Skies could remain hazy in parts of Wisconsin this week, as smoke from western wildfires continues to move over the state.

Meteorologist Marcia Cronce of the National Weather Service's Milwaukee/Sullivan office says the smoke has been high in the atmosphere and hasn’t had any effect on the ground thus far. But it’s possible that a cold front coming through the state might push some of the particles lower starting Wednesday.

"Some smoky air could get ushered closer down to the surface," she said. "And if that were the case, you might be able to smell the smoke a little bit, a little campfire smell in the air, usually in the early evening when we get an inversion setting in or in the early morning."

Cronce said the smoke isn’t expected to lead to air pollution problems in the state, but that the haze is expected to linger for at least a few more days.

"The jet stream is coming straight from the west, right across the northern United States," she said. "And it’s going to stay in place for a while, so it might be a little ongoing issue for us.”